March 8 is International Women’s Day, and a time to rally for more gender equality and support for the world’s women who make up a little more than half the population. In Guelph, that meant coming down to Market Square in front of city hall, hearing some speeches, and then marching around the downtown core to make your voice heard. That’s just what a group of over 100 people on Tuesday did to mark the occasion. END_OF_DOCUMENT_TOKEN_TO_BE_REPLACED

About 300 people come out on Sunday to show solidarity with Ukraine, and Guelph’s Ukrainian community. In front of a sea of yellow and blue, several speakers came out to say that the events half-a-world away are having an effect on people right here in Guelph too. From the request for financial support, to the invitation to settle refugees here, the message was loud and clear that the Royal City stands with Ukraine. END_OF_DOCUMENT_TOKEN_TO_BE_REPLACED 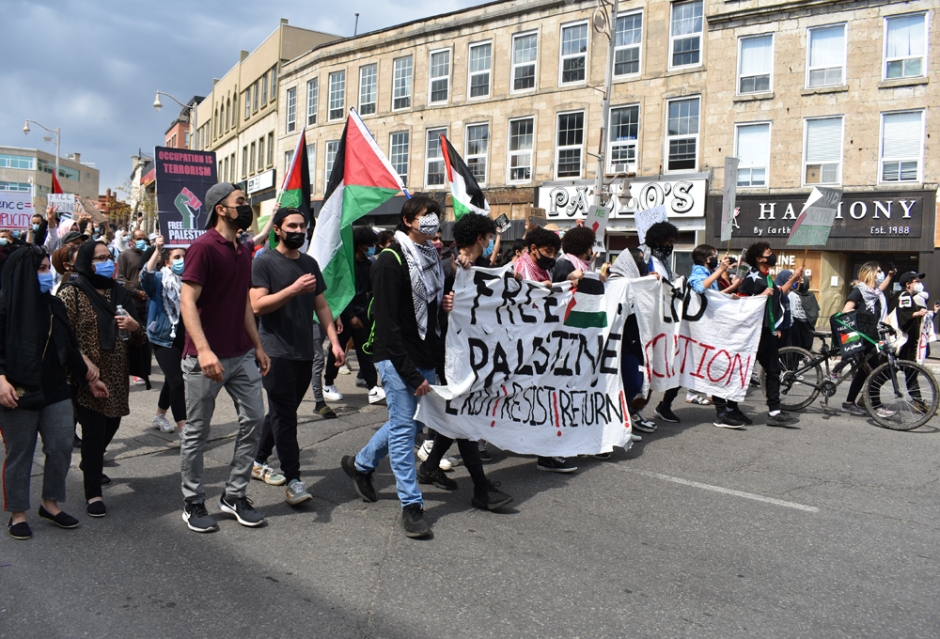 As bombs fell and rocket fire was exchanged in Israel again on Saturday, hundreds of Guelph residents attended a march downtown to support the Palestinian people who are once again barring the brunt of this new wave of violence in the Middle East. The large Guelph turnout was one of a number of such protests around Canada Saturday as local anger over international affairs boiled over. END_OF_DOCUMENT_TOKEN_TO_BE_REPLACED

For a month now, a small group of people have been gathering in Market Square every SAturday to protest Ontario’s COVID response. It’s impossible to distill the beliefs of everyone there into a simple sentence or paragraph, but there was one thing abundantly clear at the most recent gathering: Whatever welcome members of the local media had at these gatherings, it has more or less expired. END_OF_DOCUMENT_TOKEN_TO_BE_REPLACED

Less than 24 hours after the Provincial government announced stricter lockdown measures, including new police powers and the closure of playgrounds, there was a requisite response from Guelph’s small but vocal group of skeptics. They say they’re not-anti-mask, but they are anti-lockdown, vaccine hesitant, and that they think the government is somehow both tyrannical and incompetent at the same time. END_OF_DOCUMENT_TOKEN_TO_BE_REPLACED 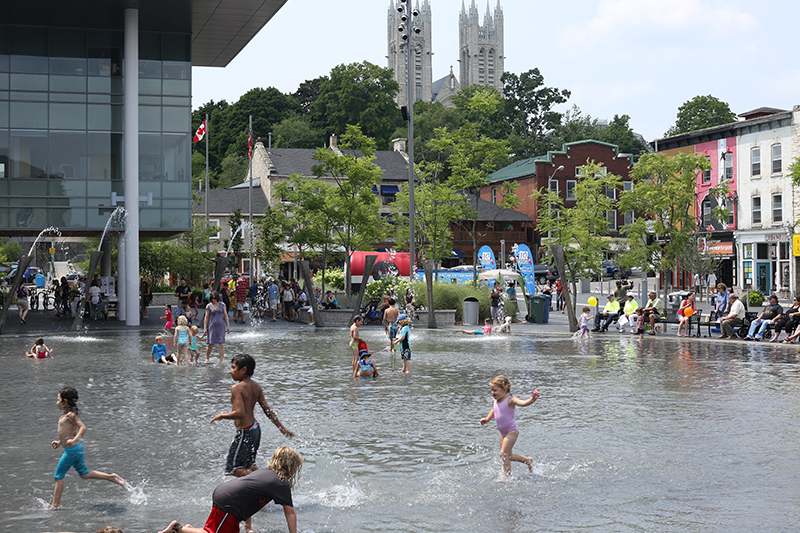 Since Guelph started Stage 2 of Ontario’s economic re-opening plan, there have been a couple of disturbing incidents involving people coughing on employees in area stores. Now the trend has extended to re-opened City amenities with the report of an incident at Market Square from the weekend that someone intentionally coughed on a City of Guelph employee at the wading pool on Sunday. END_OF_DOCUMENT_TOKEN_TO_BE_REPLACED 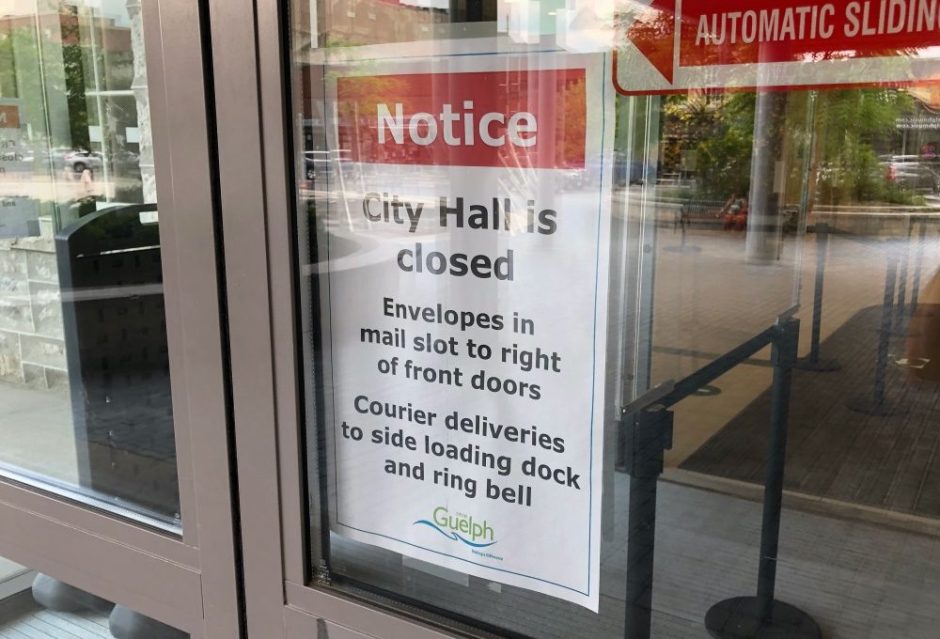 Earlier this week at the COVID-19 response meeting of city council, senior staff discussed the plans to start the re-opening of City facilities in the weeks to come. On Friday, a list of dates were released and you can now mark your calendar for when you can start enjoying splash pads, pools, and even public washrooms again across Guelph again. END_OF_DOCUMENT_TOKEN_TO_BE_REPLACED

In the recently released Vital Signs report (more about that on the next Politicast), statistics revealed that 6,500 people in Guelph and Wellington County identified as First Nations. That’s about three per cent of the population, which isn’t huge, but is far from insignificant. We don’t always see them, but our First Nations friends have certainly been making themselves heard lately. END_OF_DOCUMENT_TOKEN_TO_BE_REPLACED

Like so many events held by First Nations people in Guelph, the demonstration Saturday called “Justice for Colten Bushie” began with drumming and song. The tenor though wasn’t entirely somber as several speakers were emotionally upset, outraged, or both when speaking about the death of the Saskatchewan youth, the acquittal of Gerald Stanley the man who shot him, and the feeling that Truth and Reconciliation is just another promise broken after the verdict. END_OF_DOCUMENT_TOKEN_TO_BE_REPLACED