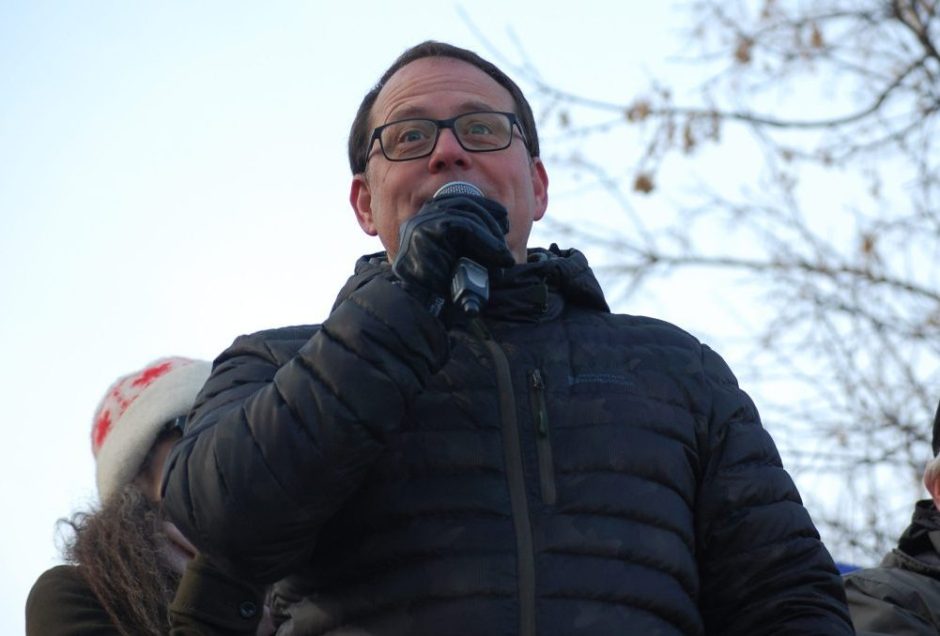 It’s 2019 all over again! That’s how Guelph MPP and Green Party leader Mike Schreiner described the situation at Queen’s Park during his most recent appearance on Open Sources Guelph. It’s been a very busy first few months for the new Ontario Legislature, and as we close 2022, Schreiner has notes about Bill 23, Doug Ford’s leadership style, and whether or not he’s going to change team colours.

“The 2018/2019 Doug Ford is back with a vengeance right now, and the people of Ontario are all going to pay the price for it,” Schreiner said on the show last Thursday.

“The pandemic, I guess, led to a bit of a rehabilitation for the Premier and helped him with his re-election campaign,” he added. “I have a feeling though that what the Premier is doing now is going to stick much more than it did in 2018 or 2019. It’s not clear to me that there’s going to be other events that are going to give him an opportunity to rehabilitate his image after all the damage that’s been done.”

According to Schreiner, Ford’s problems are bigger than anger among traditional opposition groups because he’s been seeing a lot of protests and rallies against the Ontario government’s Greenbelt plans in Conservative ridings. The Green leader said it boils down to Ford’s blatant reversal on his promise to leave the Greenbelt alone.

“I’ve documented 19 times that the Premier or his Minister of Housing has explicitly stated they would not open the Greenbelt for development,” Schreiner explained. “When I’ve been in some of those Conservative ridings, I’ve had people coming up to me saying, ‘I have historically voted Conservative, and I think Doug Ford has forgotten that the word conserve is in the word conservative.’ He’s certainly not conserving the farmland that feeds us, or the wetlands and nature that clean our drinking water and protects us from flooding.”

Schreiner also noted the financial impact of Bill 23 beyond the cuts to every municipality’s ability to collect development fees. There are some pretty scary numbers coming from independent sources around the future impact on our towns and cities by extreme weather.

“Today’s Financial Accountability Office report shows that our stormwater and wastewater infrastructure will likely need a $6.2 billion investment over the next eight years, because of the increasing severity and frequency of extreme weather events,” Schreiner explained. “That’s on top of the FAO report on transportation, infrastructure, and buildings where we’re looking at a $26.2 billion price tag to get public infrastructure in a position that we can withstand these extreme weather events.”

“Doing things like weakening conservation authorities, getting rid of the wetlands classification system, and opening the Greenbelt for development is only going to make those costs even higher and the risks associated to our lives, livelihood and property even greater,” Schreiner added. “No matter where you stand on on the political spectrum, what the Premier is doing is wrong, it’s dangerous, it’s reckless, and it’s completely unnecessary if the goal is to address the housing affordability crisis.”

Schreiner points to his own legislation, which moves to increase housing stock without developing greenspaces or undermining municipal resources. “We can ramp up housing supply very quickly within our existing built environment, which is the most affordable way to do it for municipalities and for people and families,” he said.

“My bill that would allow for mid-rise development along major transportation corridors so we can quickly ramp up supply in ways that are affordable for communities and don’t pave over farmland,” Schreiner explained. “And when it comes to housing, we need the government to actually step up and invest in non-market solutions, particularly co-op and non-profit housing.

On the show, Schreiner also addressed the rumours that he’s being courted by the Liberal Party of Ontario to succeed now-Vaughan Mayor Steven Del Duca as leader. He said that he’s been approached from both Liberal and NDP supporters about taking over one those parties.

“I’ve had a few people say that we should combine the three opposition parties, and I should lead that, but I do want to be clear that no Conservative supporters have reached out to the Conservative leader at this point,” Schreiner joked.

“I would just say that I love being the MPP for Guelph, I love being the leader of the Ontario Green Party, and I’m really focused right now on just being a strong voice for Guelph and holding the Premier accountable on a whole host of issues,” Schreiner added. “That’s really where my focus is right now.”

You can hear the whole interview on Open Sources Guelph by downloading the episode on your favourite podcast app at Apple, Stitcher, Google, TuneIn and Spotify.