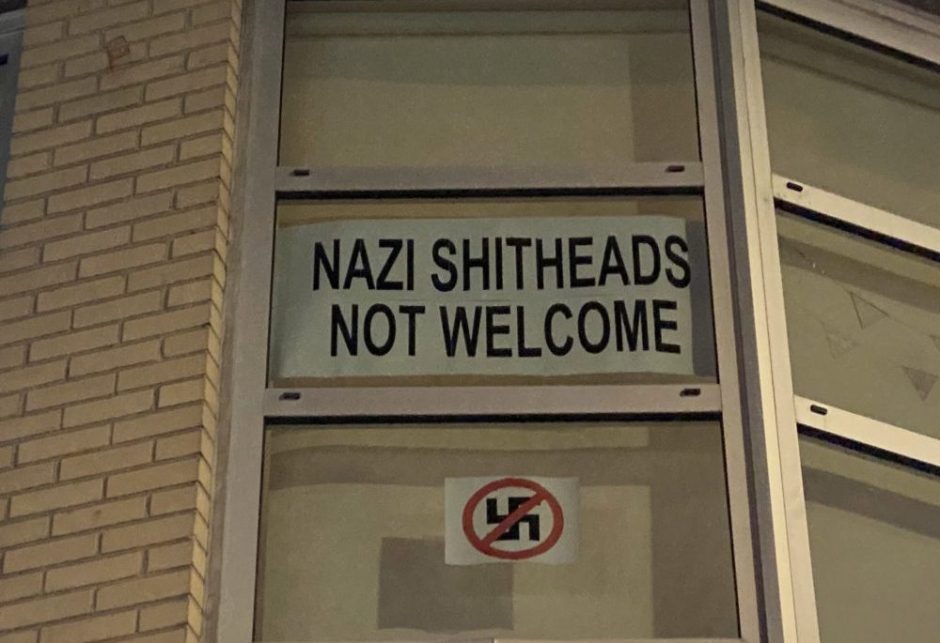 It’s day #6 of the so-called “Freedom Convoy” in Ottawa, and patience is wearing thin. Even here in Guelph, where there is no convoy of any kind, our local political leaders have expressed shock and dismay at the events in our nation’s capital over the last several days. Mayor Cam Guthrie, MPP Mike Schreiner, and MP Lloyd Longfield have all released statements in response to the convoy, and they’re submitted together here for your convenience.

“I have long supported the rights of individuals to protest – be it socially, financially or otherwise,” Guthrie said in a social media post on Monday. “What I cannot support is when those individuals invoke symbols of hatred or misappropriation and desecration of those things we hold dear and honour as Canadians.”

Longfield echoed Guthrie’s statement with one of his own on Tuesday saying that that everyone has the right to peacefully protest, but the convoy, and the people protesting as part of it, are pushing things “beyond their reasonable limits.”

“Canadians have had to endure images of racist symbols such as swastikas and confederate flags being displayed on parliament hill, while monuments honouring the memory and sacrifice of our veterans and Terry Fox have been desecration. Traffic impediments have meant that emergency personnel have been unable to care for and serve the public,” Longfield said.

Longfield added that despite the week’s activities outside the Parliament building, it’s business as usual inside, encouraging people to get vaccinated, and following the best, up-to-date scientific information to inform their pandemic decision-making.

“As parliament resumes, I am in Ottawa and my priority remains representing Guelphites,” Longfield added. “I am dedicated to working on fulfilling our government’s commitments, such as strengthening the Canadian Environmental Protection Act, reaching a deal to provide $10 per day childcare to residents of Guelph, achieving net zero emissions, and working towards meaningful and lasting reconciliation with the Indigenous, Inuit, and Métis peoples of Canada.”

On Monday, Schreiner said in a social media post that the protests in Ottawa had “crossed a very dark line” embracing symbols of hate and white supremacy. On Wednesday morning, Schreiner called on the Provincial government to help small businesses in downtown Ottawa affected by the convoy and are still unable to open.

“These businesses were gearing up to reopen this week. And now due to the disruption and chaos caused by the protests have been forced to remain closed,” Schreienr said. To wit, the Rideau Centre has announced that they will remain closed until Sunday.

“I’m echoing the call from local politicians, council and residents urging Doug Ford to send immediate financial assistance to downtown Ottawa small businesses,” Schreiner said. “Many of these small businesses were already hanging on by a thread after two years of intermittent lockdowns and insufficient support from the Ford government. Livelihoods are on the line. They need the government’s support urgently.”

When you see a Confederate flag at a protest, you know it has NOTHING to do with freedom. https://t.co/xi46556tWu

what we are seeing on Parliament Hill today can be traced to a generation of deliberate undermining of our education system, and the replacement of real journalism with often mis-informed social media sound bites. Critical thinking is deemed‘elitism’, and ignorance is celebrated.

On behalf of @CMHAWW #IStandWithSelamDebs This kind of hate has no place in our #WatReg community, or in our hearts. Diversity makes our community stronger and more beautiful. https://t.co/7bwXJpl8FC