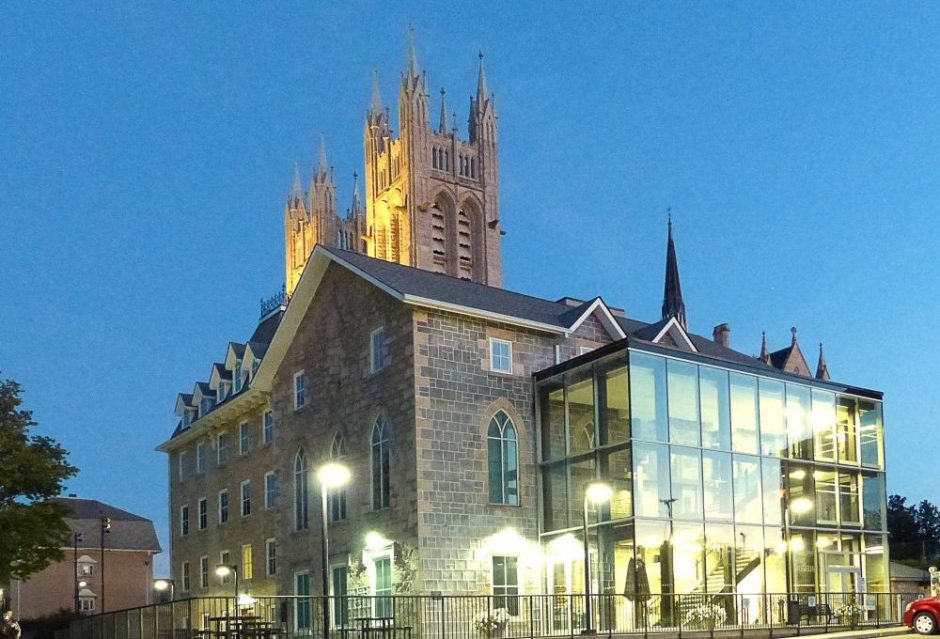 In another sign that activity in Guelph is starting to resemble something closer to normal, Guelph Museums has released details about the programs, events and exhibits that will hopefully draw you back to their two locations over the next couple of weeks. From tea time, to theatre, to remembrances of recent history, there’s a lot to see at the museums in a responsible, physically-distant way.

As previously reported prior to the initiation of the third phase of the provincial economic re-start,  the re-opening of Guelph’s museums begins this weekend with McCrae House. The birthplace of “In Flander’s Fields” author John McCrae is open again this weekend, while the Guelph Civic Museum on Catholic Hill will open again on Tuesday.

Because COVID-19 restrictions are still in effect, you have to book any museum visit in advance at Eventbrite, and observe safety protocols like masking and physical distancing while at the museum.

So what’s at the museum once you get there? McCrae House will be resuming their summer tradition of Tea at Two every Tuesday through Sunday starting on August 3, and  running until September 5. Reserve in advance and enjoy the McCrae House teas, scones with whipped cream, jam and berries in the backyard of the museum for $17 plus HST.

From August 19 to 28, McCrae House will be putting on performances of the original one act play A Night in Flanders by Donald Macrae. According to Guelph Museums, the play focuses on McCrae as he “wrestles with questions regarding life, love, duty, conflict, and death” while serving in Belgium. Evening shows start at 7 pm, and there will be Saturday matinees at 2 pm. Tickets have to be bought in advance and cost $25 plus HST each.

On the hill, the Civic Museum also has some new attractions, and the first is rather timely. “Rapid Response: Collecting Experiences as they are Lived” features artifacts, objects and personal expressions collected from community members during the COVID-19 pandemic and the Black Lives Matter march in June 2020. This exhibit will run until the end of February 2022.

These new exhibits will join the ones already in progress including “Resonance: Guelph Chamber Choir at 40” (which runs till October 27), “From Farmland Irrigation to Martian Exploration: 125 Years of Physics in Guelph” (till October 31), and “Memory Cycle: Re-Sonified Artifacts” (till February 27). The exhibit celebrating the 40th anniversary of CFRU is also still available for viewing at the museum until October 31.

If you’re looking for another museum trip a bit further afield, Wellington County Museum and Archives has now re-opened, and they also have new programming in the form an exhibit called “All Aboard!”, which marks 150 years of railway history in Wellington County, and how train travel shaped our region.

“I tried to condense 150 years of history into a few key topics that best represent such a broad and fascinating topic,” said Curatorial Assistant Lindsay Woelfle in a statement. “This exhibit features unique artifacts and photographs that highlight important railway stories from around the County.”

The Wellington County Museum and Archives is located on Wellington Road 18 between Fergus and Elora, and is open weekdays from 9:30 am to 4:30 pm and 1:00 to 5:00 pm on weekends and holidays. Admission is by donation, and like the Guelph museums, you have to be masked and physically distanced during your visit.