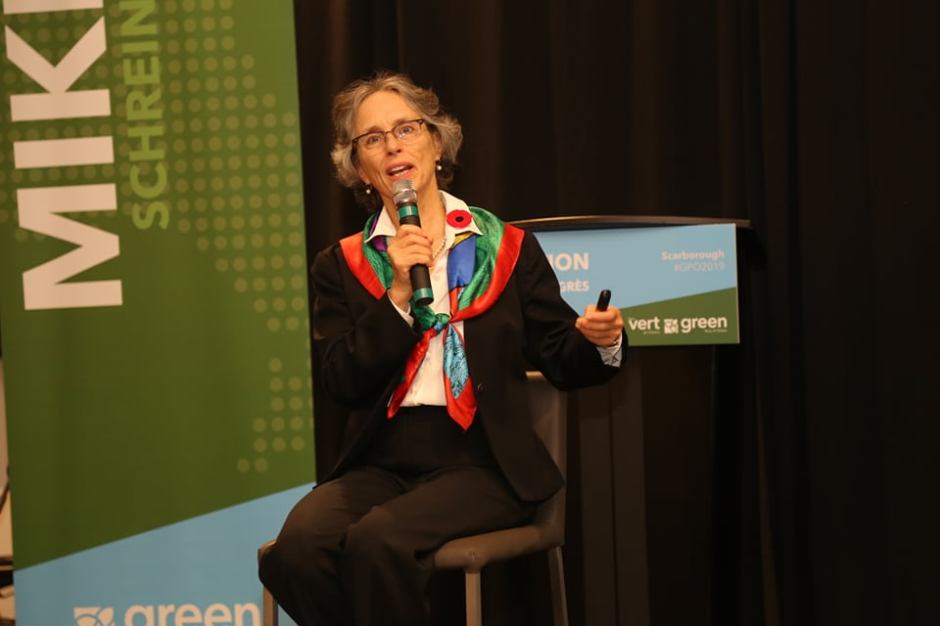 Once she was the highly respected Environmental Commissioner of Ontario, an independent officer meant to review and critique the Provincial government’s work on all matters concerning energy, the environment, and climate change. Less than a year into their mandate, the Ford government got rid of Dianne Saxe and her former position, but now as the Deputy Leader of the Green Party Saxe is ready put climate action front and centre.

In an interview that will air on Open Sources Guelph this Thursday at 5 pm, Saxe explains that we can’t wait for the pandemic to be over before we move on climate change.

“This suggestion that there’s a zero sum game is really dangerous,” Saxe says. “We have to insist on looking for the opportunities where action on one makes the other better. I’m spending a lot of time thinking about the question, ‘How do we look for win-wins?’ because if this is a zero sum game, the future is going to be awful.”

Saxe believes that we need to be creative to find solutions that help solve multiple crises at once, from COVID relief to climate change to the battle against racial, social and economic inequality. “People who live in low income housing usually live there because it’s cheap, and they have no alternative, and very often these are old buildings that are badly built, and not maintained,” Saxe says.

“Three quarters of the money under Ontario’s cap and trade program went to public sector items like social housing,” she explains. “What we saw in those projects was that the cost of operating the buildings was cut roughly in half, and the people who lived in the buildings had a reasonable temperature all year round for the first time, which is better for their health and better for their dignity.”

Ontario’s cap and trade agreement with Quebec and California was one of a number of changes to environmental policy initiated by the Ford government in their nearly thee years in power. Saxe considers these reversals and other measures by the current government form a deliberate campaign to undermine long-term environmental protections for short-term financial gains for only a few.

“Everything that they’ve done has been harmful. They repealed our climate laws, they cancelled the hundreds of excellent climate programs that we had, and they cancelled 750 clean power contracts for power that we’re going to need, Saxe says. “Anything that stands in the way of developers making short-term money, so they can do what they want at the cost of everyone else, particularly future generations and the other creatures with whom we save share this beautiful province.”

Saxe adds that as a “beginner politician” she also looks forward to hearing ideas from other people, especially young people, in a bottom-up, grassroots-led campaign in 2022.

You can hear the full interview with Dianne Saxe on Open Sources Guelph this Thursday at 5 pm on CFRU 93.3 fm or online at cfru.ca.

Saxe will also be taking part in a virtual town hall on Monday February 8 with Guelph MPP Mike Schreiner and federal Green Party leader Annamie Paul. Learn more about the event, and how you can register here.