How often do you look at the banner image at the top of a Twitter page? Probably not that often, but that top image may be the source of a big headache for the Guelph Police Service. An image of a “Blue Lives Matter” flag had, until today, appeared at the top of a Guelph Police Twitter account, and though it’s now gone, there’s still a concern about who is responsible, and if they understood that the symbol has more than one meaning. END_OF_DOCUMENT_TOKEN_TO_BE_REPLACED

Mayor Cam Guthrie has received some backlash for posts on Twitter endorsing statements made by provincial and federal Conservative officials this week, including a response from an elected school board trustee. END_OF_DOCUMENT_TOKEN_TO_BE_REPLACED 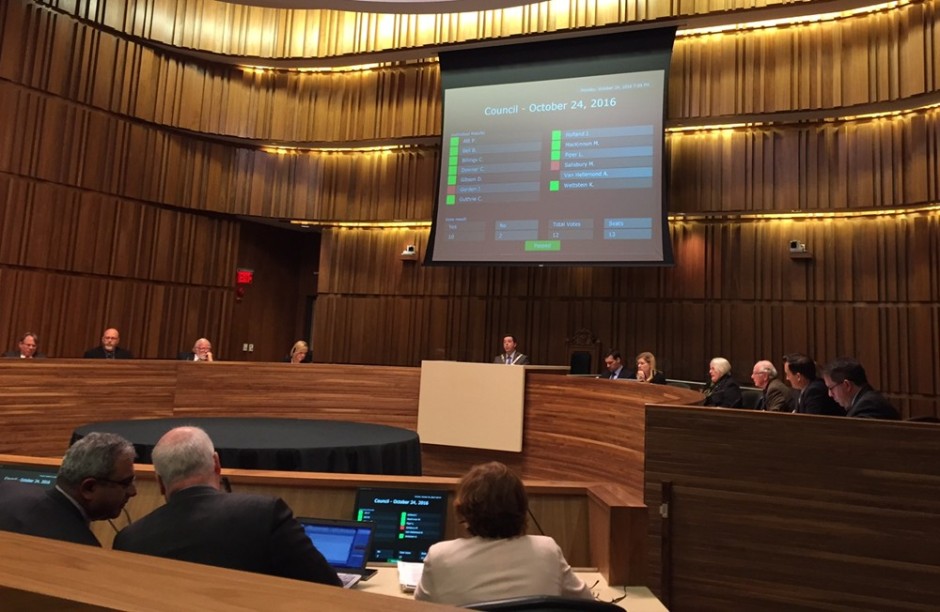 After the previous meeting, a nice quiet productive meeting was on the books as council discussed matters of two planning applications and an endorsement of $5,000 in support for the victims of the wildfire in Fort McMurray and surrounding areas. And then Councillor James Gordon raised a point of order. END_OF_DOCUMENT_TOKEN_TO_BE_REPLACED