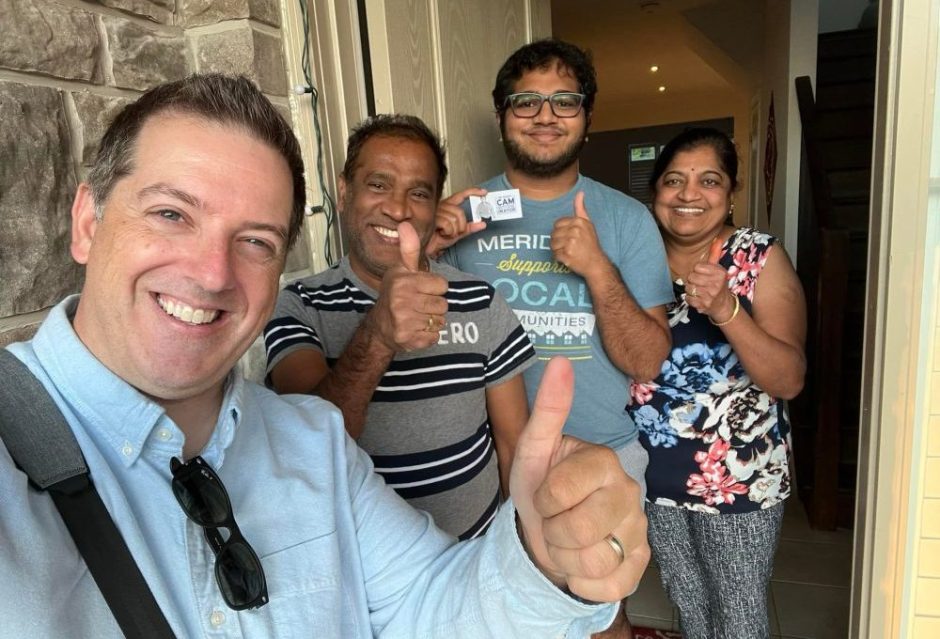 It’s election season here in Guelph! The nominations are open for this fall’s Municipal Election, and interested residents are filing their papers to run for positions as mayor, for city council and for a spot on one of the local school boards. Each week, this space will break down who’s new to the race, who’s running again, and where we’re still waiting for someone to show an interest!

The first person to enter the race for Guelph’s four spots on the Wellington Catholic District School Board was, appropriately enough, the board’s current chair, Vikki Dupuis. Dupuis brings to the board a wealth of experience with over 25 years as a trustee, and in 2019 she won the Ontario Catholic Trustees Association Trustee Award.

Sebastian Dal Bo and Joe Tersigni are two of the other incumbents from the Wellington Catholic School Board, but they have yet to announce their intention for the next term. The other incumbent is Marino Gazzola, who stepped down as chair of the board in 2020 after complaints about some offensive social media posts, but remained on the board. At this point, Gazzola’s fate is also uncertain.

The first person to run as the next Upper Grand District School Board trustee in the Ward 6 and Puslinch seat is Allen Remley. If Google is to be believed, Remley is a local contractor who renovates homes, and it looks like that this is his first time running for office.  In the council race, another new face running is Nathan Ford. The registered massage therapist is running in Ward 3.

There was also another person announcing a run in Ward 3 this week with Kevin Bowman also joining that race. Bowman is not strictly a new face given all his work around electoral reform with Democracy Guelph and 123 Guelph, and he also ran as a school board trustee in 2018 but he withdrew from the race before Election Day. Currently, Wards 1 and 3 are tied for the most number of people in those races with six each.

Along with the current incumbents for the Wellington Board, we’re still waiting for Mike Foley and Jolly Bedi to announce whether they’re running again. In terms of the city council race, Ward 4 Councillor Christine Billings also hasn’t said whether she’s running for re-election, and she’s the only member of council who’s yet to say either way if she’s running.

There are still nearly two weeks for people to file their nomination papers. but it’s unclear if that will have an effect on two of the main council races. Cam Guthrie is still running unopposed in the mayor’s race, and Leanne Caron and Cathy Downer are also running unopposed in Ward 5. Is there anyone waiting for the last minute to sign up? Stay tuned.

In terms of people getting out of the race, Amelia Meister withdrew her nomination to run as a Ward 2 councillor, which brings the number of people in that race down to five now.

The deadline for applying to run for mayor, city council, or any of the school board positions is August 19 at 2 pm. Election Day is October 24.