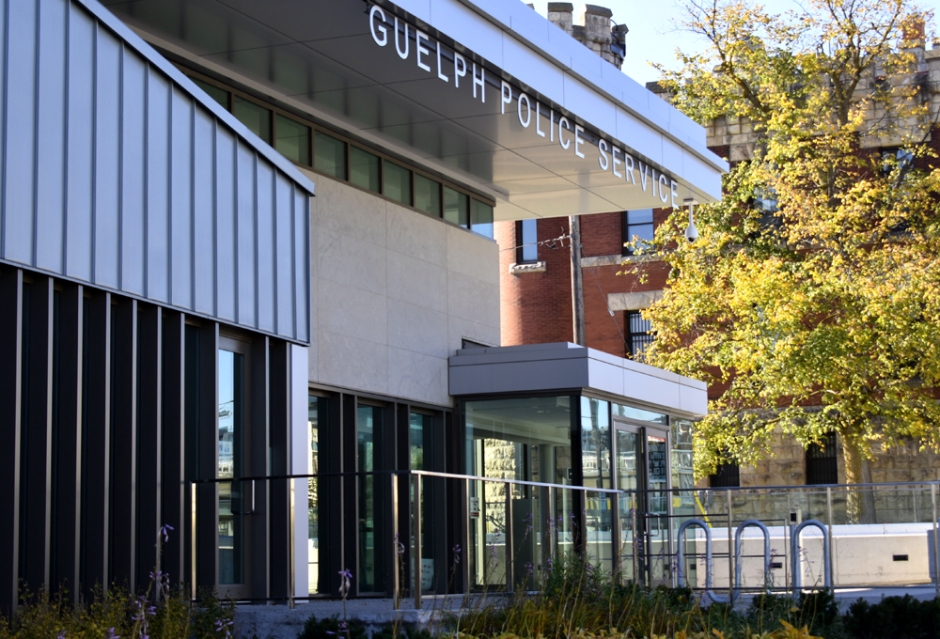 Cyclist Killed After Getting Struck By a Train

A 31-year-old Guelph man died from his injuries after he was struck by a westbound train while riding south on Edinburgh Road on his bicycke around 5 pm on Thursday afternoon. The cyclist was transported by air ambulance to a Hamilton trauma centre with life-threatening injuries where he later succumbed to his injuries. The circumstances around the accident are still being investigated, any witnesses are being asked to call Constable Michael Braga at 519-824-1212, ext. 7144, or email him at mbraga [at] guelphpolice.ca.

The Guelph Police Service are investigating five commercial break and enters last Sunday morning that they think are all related. The incidents happened at a business on Wellington West at 5:20 am, then at a business on Woolwich near Marilyn at around 6 am, and then three more were reported at businesses on Elmira Road North, Speedvale Avenue East and Woodlawn Road West. Each time, the glass front door was smashed to gain entry.

Video surveillance from some of the businesses seem to show the same suspect: A white female, tall with a thin build and blonde hair and wearing a black and white or grey patterned sweater, black leggings, a baseball cap, gloves and a face mask. It’s also  believed that she arrived in a grey Mitsubishi sedan. If you have any information, call Constable Carson Skipper at 519-824-1212, ext. 7283, or email him at cskipper [at] guelphpolice.ca.

A 45-year-old Guelph man was charged with assault with a weapon, possessing a prohibited weapon and uttering threats on Sunday morning after a dispute between roommates about chores. The male suspect pulled out a folding knife and held to the throat of his female roommate while uttering death threats. There were no physical injuries suffered.

A 30-year-old Guelph man was charged with possessing a weapon for a dangerous purpose and assault with a weapon after two male roommates got into a argument that escalated when one of the man picked up a kitchen knife and pointed it at the victim while walking towards him on Wednesday morning. No physical injuries were reported.

A 25-year-old Guelph man was charged with assault, possessing identity documents and breach of probation after a woman was shoved in the area of Woolwich and Suffolk while out walking her dog on Thursday afternoon. The suspect had another man’s identity documents on him when he was arrested later at an address downtown.

A 52-year-old Guelph man was charged with break and enter, possessing weapons for a dangerous purpose, possessing break-in instruments and carrying a concealed weapon after entering several vehicles in a gated compound near Woodlawn and Governor’s Road early Sunday. Police arrested him while he was till inside, and a search revealed a knife, a club and tools including a crowbar, axe and screwdriver, as well as a quantity of cut copper wire.

A silver 2016 Dodge Ram was stolen from the driveway a residence of Sleeman Avenue sometime overnight between Monday evening and Tuesday morning. The truck has a scratch along the driver’s side. If you have any information about the theft call Special Constable Thomas Randell at 619-824-1212, ext. 7194, or email him at trandell [at] guelphpolice.ca.

A 26-year-old Guelph man was charged with theft on Thursday morning after taking a package from a porch on Delhi Street. The package contained deodorant and hand cream.

A 56-year-old Guelph woman was transported to the hospital and charged with impaired driving after they struck a pole and a parked car last Friday morning in a plaza at Wellington and Gordon. The driver reported that she had taken a large amount of prescription pills.

A 32-year-old Puslinch man was charged with impaired operation and dangerous operation, and his driver’s licence was suspended for 90 days after he collided with a couple of hydro polls near Wellington and Fife last Saturday at midnight. The driver was not injured even though the pickup truck was found lying on its side, but he did have more than the legal amount of alcohol in his system.

A 39-year-old Innisfil man was charged with impaired operation, and his driver’s licence was suspended for 90 days on Sunday night after police received reports of a car driving erratically in a commercial parking lot on Woodlawn West. Police found the vehicle having mounted the curb with a flat tire, and the driver tried to flee on foot. Testing revealed that he had more than three times the legal amount of alcohol in his system.

A 32-year-old Guelph woman was charged with careless driving under the Highway Traffic Act and her driver’s licence suspended for three days after registering a warning on a roadside breath test, indicating her blood-alcohol level was close to the legal limit. Of course, this was after she totalled her vehicle after hitting a tree in the area of Stevenson and Bennett on Wednesday night. No serious injuries reported.

A 31-year-old Guelph man was charged with impaired driving, and his licence was suspended for 90 days after police received a complaint about erratic driving on the Hanlon Expressway at 1 am on Friday. A test at the police station revealed that he had more than the legal amount of alcohol in his system.

A 31-year-old Guelph man was charged with committing an indecent act in a public place and failing to comply with probation after a woman reported him for committing the unnamed indecent act in Goldie Mill Park on Wednesday morning. The suspect was identified from pictures taken by the witness.

On Tuesday evening., police were called to the area of Wyndham and Carden for reports of a man acting erratically and swinging a hammer in the air, but he threw the hammer away when officers approached him. There was no indication that the man used the hammer in a threatening manner, so he wasn’t charged, but his hammer was seized.

A 50-year-old Guelph male was charged with failing to attend court after missing a June court date on dangerous driving and escaping custody charges after he was stopped by police in the area of Silvercreek and Woodlawn Tuesday afternoon.