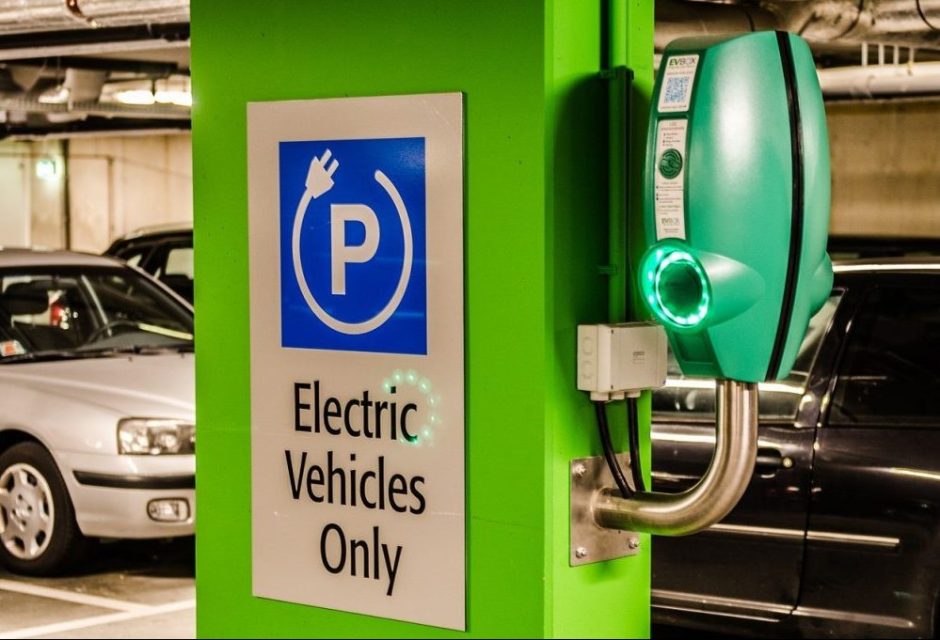 In King City today, the Ontario Energy Minister announced the installation of fast EV chargers along the province’s busiest highways at Onroute locations. Wednesday’s news is the latest instance where the Government of Ontario has embraced the EV movement, and comes less a month after Premier Doug Ford announced in Guelph new support for building a home-grown EV supply chain.

“Our agreement with Ivy, ONroute and Canadian Tire to construct EV chargers at all of the province’s 23 ONroute stations is an important step forward, allowing EV owners to travel our great province with more freedom and confidence,” said Minister Todd Smith in a statement. “This deployment will reduce barriers to EV ownership, supporting Ontario’s growing EV manufacturing market and critical minerals sector, and help achieve Ontario’s goal of building at least 400,000 electric and hybrid vehicles by 2030.”

So the plan will see at least two EV charging stations installed at ONroute locations along Highways #401 and #400, with the vast majority of the chargers being installed next summer at 17 locations, and three additional sites at King City, Barrie and Innisfil later in the fall of 2022. The last three locations in Maple, Ingersoll and Newcastle will open sometime between 2023-2025, but the Province says that they will move quickly to install more chargers at busy locations as necessary.

“With more electric vehicles coming onto our roads each year, it’s vital that drivers have the ability to conveniently charge their vehicles along the province’s busiest highways,” added Minister of Transportation Caroline Mulroney. “In addition to building new highways that will alleviate congestion in Ontario, the installation of Ivy Charging Networks at all ONroute locations is a big step forward to support EV owners.”

This is the latest move to openly embrace electric vehicles and electric vehicle technology from the Provincial government. Last month in Guelph, Premier Doug Ford announced the “Driving Prosperity: The Future of Ontario’s Automotive Sector” plan that will initiate programs to attract battery assembly plants, introduce new innovations at all levels from design to production, invest in workers and training, and establish an electric batter supply chain between minerals mined in the north and manufacturing in the south.

“Our government has a plan to unleash Ontario’s economic potential as we build up home-grown supply chains for electric vehicles and battery manufacturing,” Ford said in a statement. “This plan makes clear that Ontario is a world-leading partner in creating the best vehicles with the best labour force and clean energy. With this next phase of Driving Prosperity, we’re telling the world: we want your businesses!”

It’s a startling about face for a government that spent the first year of its mandate cancelling incentives to buy electric vehicles, and ordering the removal of 24 charging stations installed at various GO Transit terminals. Some people hearing the announcement on Wednesday were not so ready to forgive the Ford government for past mistakes.

“This announcement is three years late,” said Guelph MPP and Green Party leader Mike Schreiner. “Ontario Greens have called for accessible electric vehicle (EV) charging stations for years, but instead Doug Ford literally ripped them out of the ground. Had Ford not taken Ontario backwards, we’d be adding more charging stations now rather than starting from scratch.”

It’s starting to look like electric vehicle development and support is going to be one of the biggest issues of the 2022 Provincial Election. In July, NDP leader Andrea Horwath made an announcement in Guelph revealing her party’s comprehensive plan to expand access to EVs, charging stations, and the transformation of transit fleets with electric vehicles.

“We want to have the infrastructure in place so that people can confidently purchase their electric vehicle with some support from the government, put charging stations into their own homes, and be confident that they don’t ever have to fall back on fossil fuels,” Horwath explained.

Last week, Liberal leader Steven Del Duca announced his party’s plan for EVs including an incentive of $8,000 on the purchase or lease of eligible electric vehicles and $1,500 on charging equipment. “Creating a new electric vehicle incentive program is a win-win for Ontario families,” Del Duca said in a statement. “It will advance the fight against climate change, create good paying jobs and deliver needed pocketbook relief.”

The Ontario Greens meanwhile have their “Roadmap for Net-Zero”, which will have the goal of making EVs more accessible and affordable to everyone versus fossil fuel-based vehicles through various rebates and incentives.

“And we’re going to invest in EV infrastructure and amend the building code to require new homes to have EV charging equipment installed. While requiring existing parking lots and garages to install access to EV charging in 75 per cent of parking spots by 2035,” Schreiner said in a statement last month. “Our plan would reduce fossil fuel use in vehicles in half by 2030 and to net-zero by 2040.”