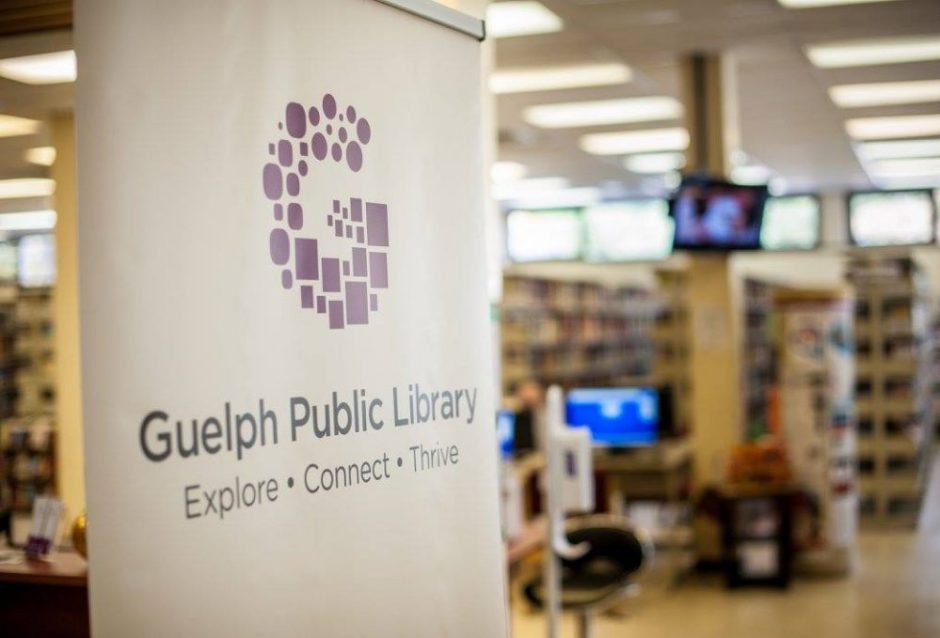 Back in June, as the economy started to re-open and City services started to get back to normal, there was one particular service that was lagging behind as it sorted out its own safety requirements. For all those that have eagerly awaited a return to the library in order to do more than just pick up requested materials, you’re time is coming, and it’s on August 4.

It was announced on Thursday that *most* branches of the Guelph Public Library will re-open after the long weekend on Tuesday August 4 with new hours, and new rules. Library CEO Steven Kraft said back in June that there was going to have to be some additional planning about how the library would function before the doors were re-opened to the public. “We must always ensure we have the proper protocols in place prior to reopening the library buildings for both the safety of our staff and patrons,” he said.

Since May, the library has been operating on a curbside pick-up model where patrons could request materials online and then pick them up at one of the library’s branches. That model will be discontinued as the library goes back to its regular procedures to request materials, but you will definitely notice some other changes to the library once you’re back inside.

For instance, that the space has been re-arranged inside to allow for social distancing, and of course everyone inside the library will be expected to wear a mask at all times. Computers will only be accessible for 30 minutes at a time, and patrons will have to get a computer pass from the library staff to access them. Library users will also be able to access the west end branch in the West End Rec Centre for the first time since the start of the pandemic, and the makerspace at the Westminster Square Branch will also be accessible again.

Unfortunately, the Bookmobile will stay in the garage for a while longer, but the library’s media release says it will “join in the fun some time soon.”

The library will be continuing with its virtual programs and book clubs for the foreseeable future, and the library will be re-starting its Visiting Library Service again, which delivers library materials directly to people who have to remain isolated at home. If you would like to learn more about how to take part in the Visiting Library Service call 519-824-6220, or email askus [at] guelphpl.ca. 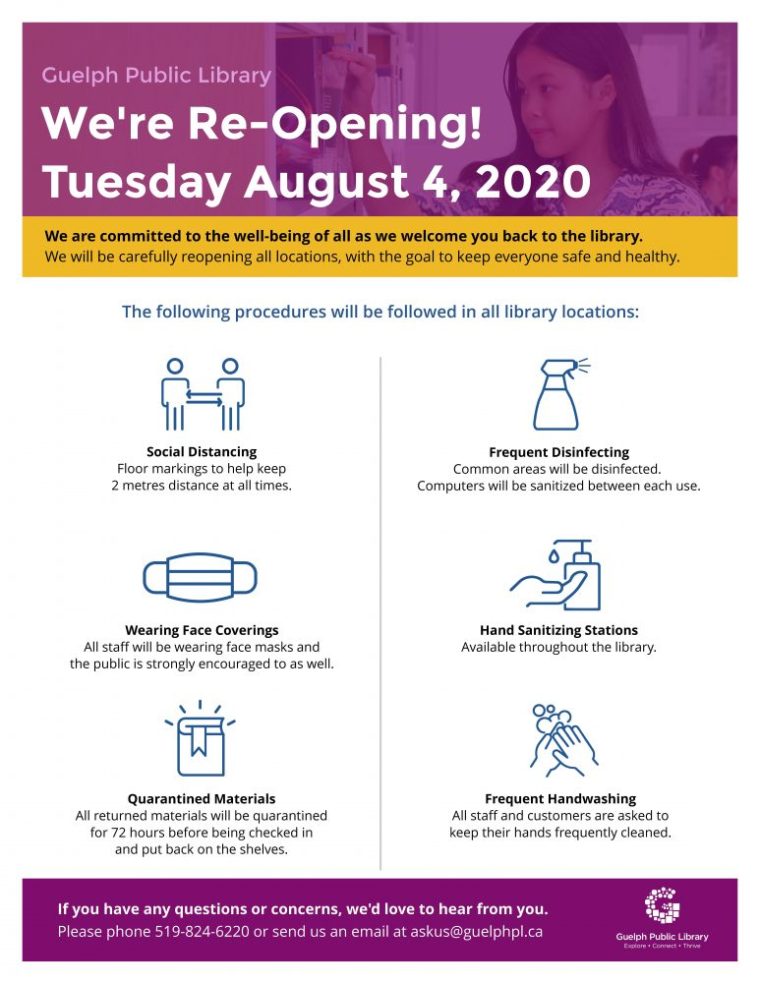