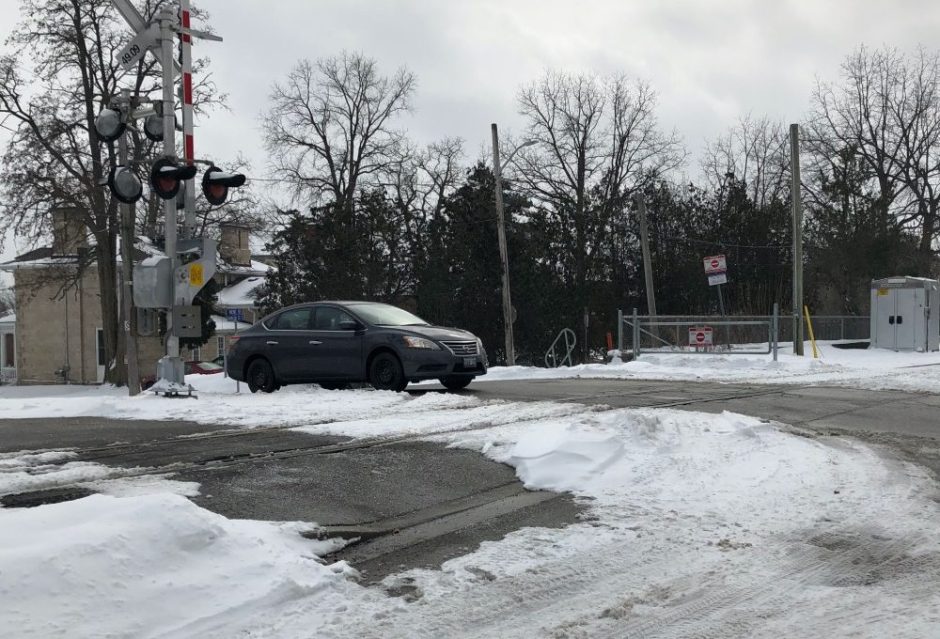 In a move that’s definitely going to have a big impact on area traffic around the downtown core, the City of Guelph has announced that the railway crossing at Dublin and Kent Streets will be closed to vehicle, bicycle and pedestrian traffic. New regulations from the Railway Safety Act of 2019 means that this crossing no longer meets Transport Canada’s standards for what’s safe and appropriate for a street-level crossing.

As noted in the map below, the plan to close the crossing will make Northumberland one-way westbound from Dublin Street, while lower and upper Kent Street will be one-way, westbound to Glasgow Street. To help with the transition, the Dublin/Kent intersection will be an all-way stop as the City works to close the crossing. 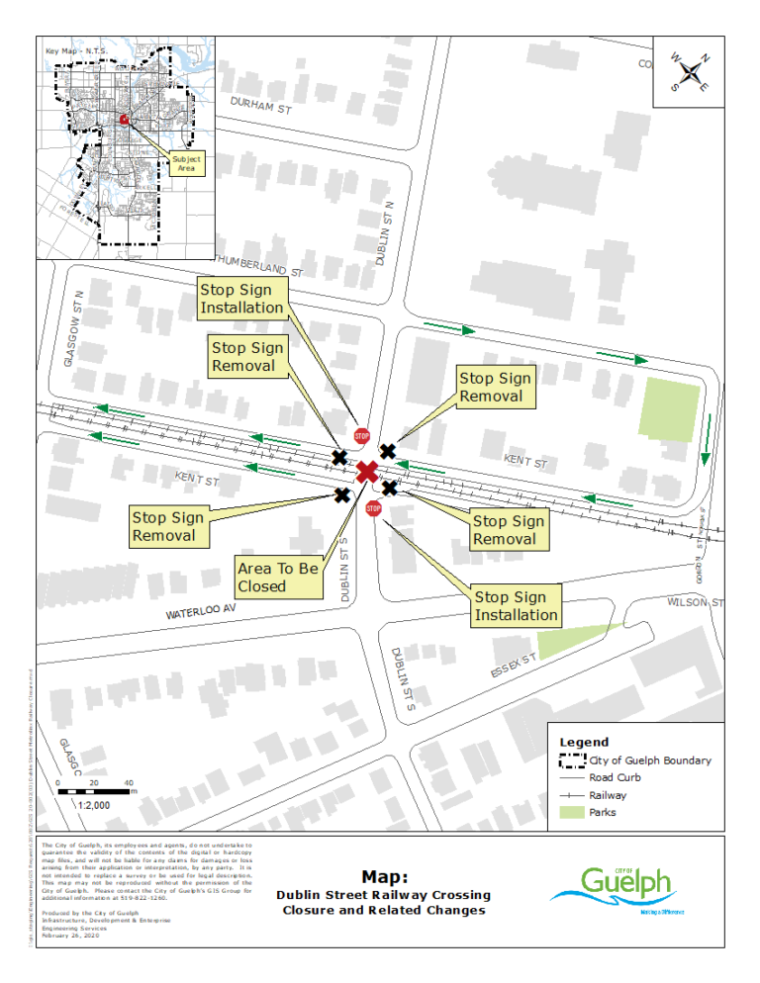 So why shut down the traffic crossing? Why not make changes to bring the crossing in-line with the new regulations? According to the City, upgrading the crossing would mean increasing the distance of Kent Street from the tracks, and that would mean expropriating houses and land along Kent Street and making massive changes to the grading. In other words, it would be a major infrastructure project to keep Dublin Street open.

According to an information report to council, staff has already studied the effects on area traffic, and about 2,000 car trips and about 240 pedestrian trips will be affected by closing the crossing. Analysis of the traffic patterns on surrounding roads suggests that they should be able to carry the extra load. The City has also been consulting with the Upper Grand and Wellington Catholic District School Boards to see how the closure will affect area kids who walk to Central Public School and St. John Bosco Catholic School, and about 400 metres will be added to the daily walk for nearly two-dozen students.

Metrolinx owns the stretch of tracks in what’s called the Guelph Subdivision, which passes from west to east through the City and connects the GO Train network to Kitchener from Acton. Metrolinx has been making improvement to their tracks in the west of the city by installing fencing along the line to improve safety and cut down on unsafe track crossings.

City staff are preparing a bylaw to close Dublin Street at the railway crossings for presentation at the March 30 meeting of city council. If approved, the crossing could be closed to traffic as early as sometime in April. The work to close the crossing will cost the City about $10,000 including new barriers, signage and public communications.