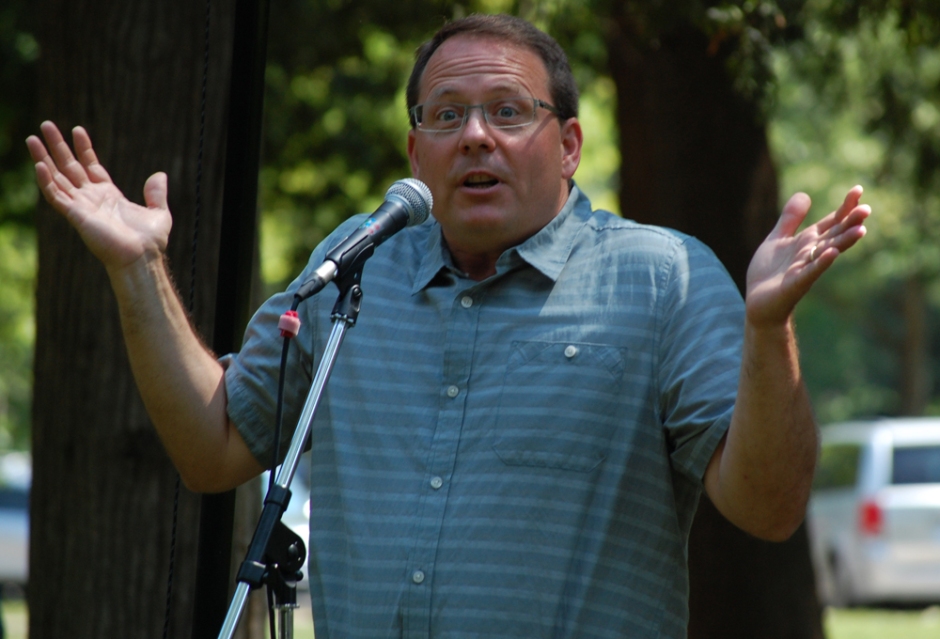 It’s a new year, but Guelph Member of Provincial Parliament Mike Schreiner is dealing with some of the same old issues. This past Thursday on Open Sources Guelph, Schreiner talked about the rotating teachers’ strikes, hyper-partisanship, transit needs, and more Queen’s Park cronyism, which shows it’s been a busy year after just one month, and the legislature hasn’t even sat for a session in 2020.

“They’re almost like on two different planets,” Schreiner said of the negotiations between teachers and the Provincial government. While the teachers are focused on classroom conditions and saving jobs, the government has only been concerned with issues of salary, and it’s the classroom sizes that are the biggest concern according to Schreiner.

“What I find so ironic is that some of the programs being affected by average class size increases is our program in the trades, because a lot of those courses require much smaller class sizes,” Schreiner said. “The Province is launching this ad campaign to encourage more people to go into the trades, and I agree with the government on that, but what I don’t agree with is actually cutting the programs we need to educate people. It makes absolutely no sense.”

As the teachers protest, and strike, their potential allies at Queen’s Park are still on their post-holiday break.

“I certainly anticipate that all three of the opposition parties are going to ramp up the volume once we get back in February,” Schreiner said, adding that in the meantime he’s visiting with teachers on the picket line, which he notes is not very comfortable during cold winter days.

“It takes a lot of dedication to go out there and walk back and forth on that cold sidewalk advocating for public education,” Schreiner added. “I don’t think most of those teachers want to be out there freezing. They want to be in the classroom with students.”

In transportation matters, Schreiner also has concerns about the Provincial government’s proposed cancellation of the discount fare on transfers for people using GO Transit, and then using TTC subways and buses when they arrive in Toronto.

“I’ve actively come out and opposed it because we obviously should be making transit more affordable, not less affordable,” Schreiner explained. “Not only are we making it less affordable for people to choose transit as an option, but it’s a social justice issue in terms of low income or low wage workers being able to have a place where they can afford to live and still be able to commute to work in an affordable way.”

Although Schreiner is critical, he’s also more than willing to work with the government on advancing solutions to issues in Guelph, including the recently announced funding to electrify Guelph Transit buses, and the approval of the new Integrated Health Network late last year.

“I’m not afraid to do that because I think people are sick of the hyper partisanship and the toxicity that brings to our politics and into our government,” Schreiner said.

You can listen to the full interview yourself on this week’s podcast version of Open Sources, which you can download on your favourite podcast app at iTunes, Stitcher, Google Play, and Spotify.