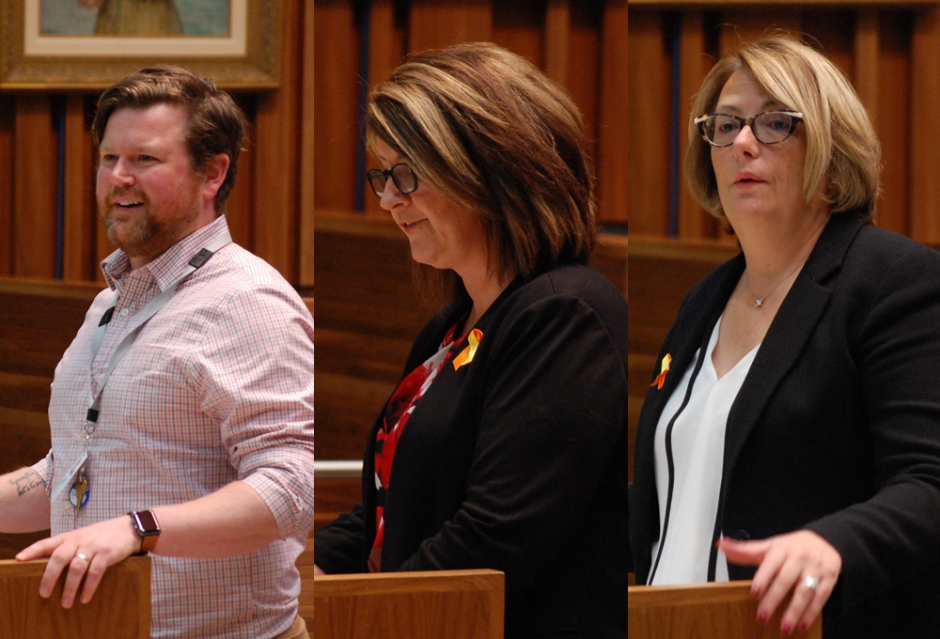 Over 4,000 people take their own life every year. That’s an average of 10 per day, and 90 per cent of those people are living with a mental health issue of illness. For one suicide death, there are five people hospitalized with a self-inflicted injury, another 25 to 30 attempts, and 7 to 10 people who are left behind affected by suicide loss. It seems like this a huge problem that we never really talk about, doesn’t it?

That’s the basis for this year’s World Mental Health Day forum and information fair hosted by Mayor Cam Guthrie at City Hall. Each year, the city’s various mental health agencies gather to share information and invite dialogue, and it’s a conversation that has surely gotten much easier over the last several years, but there’s still a lot of room to grow on some specific topics on the subject.

This year’s topic was “Preventing Suicide: Let’s talk about it,” a topic that is as complicated as it is tough to talk about. Yes, 9 out 10 people who take their own lives have a mental or addictive disorder, and yes, 6 out of 10 suffer from a form of depression, but according to a report by Health Canada, “No single determinant, including mental illness, is enough on its own to cause a suicide. Rather, suicide typically results from the interaction of many factors, for example: mental illness, marital breakdown, financial hardship, deteriorating physical health, a major loss, or a lack of social support.”

This is one of the many points that came up with the three speakers that took part in the forum last Thursday, and on this edition of the podcast, you’ll hear from each of them: Scott Grant, a clinical social worker who facilitates suicide intervention groups; Myrna Hutchison, the founder of #GetInTouchForHutch, a youth mental health awareness and advocacy group; and, Cecilia Marie Roberts, who is leading the creation of a suicide prevention framework for the Canadian Mental Health Association of Waterloo Wellington.

So let’s flashback to World Mental Health Day on this week’s Guelph Politicast!

Before that, it seems prudent to post a trigger warning. These stories are quite emotional, and quiet raw, and it’s not unlikely to think that this could make for uncomfortable listening for some of you. If you need to, feel free to hit stop on the podcast.

You can read the original Politico post here. If you feel like you might be in crisis, you can call Here24/7, which is the front door to the addictions, mental health and crisis services provided by 12 agencies across Waterloo Wellington, and they can direct you to the service you need, and tell you how to navigate the system. Call them at 1-844-437-3247 (HERE 247).