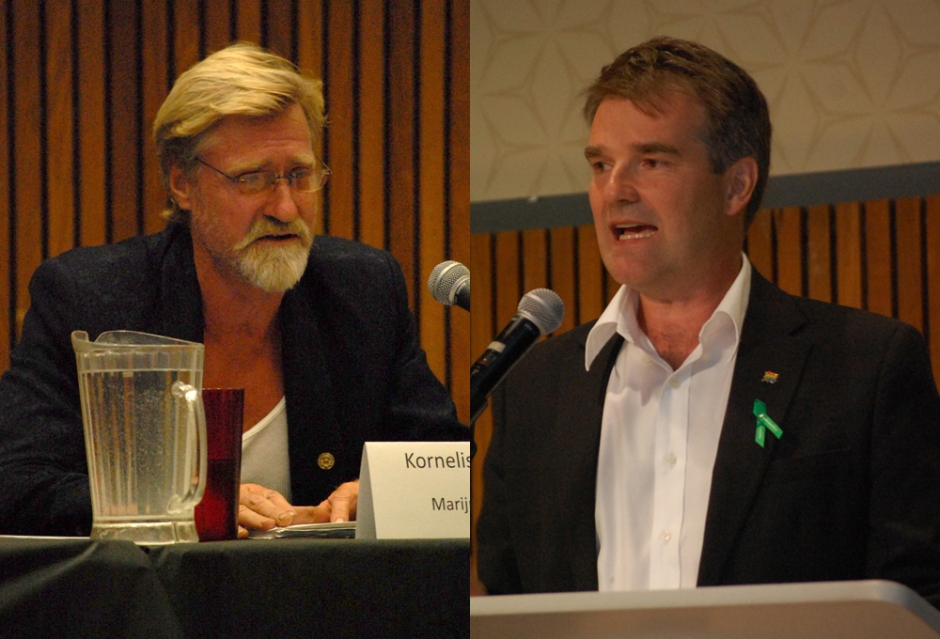 It was another round of back-to-back interviews this past Thursday on Open Sources Guelph. Our guests this week were two well-known voices who appeared on the show before, one is the Green Party’s Steve Dyck, and the other is independent candidate Kornelis Klevering. What did they have to say before the advanced polls open?

Dyck: We need to make climate change more than a ‘political football.’

“The Conservatives have made a point of making climate change a political football, the Liberals adopted a carbon fee and dividend, this is a Green policy that’s been out there for many years, and I’m very proud that they stole a significant part of that policy from us. It’s really unfortunate that the Conservatives weren’t big enough to say, ‘Hey, this is a market-based solution, this actually makes a lot of economic sense. We’re going to price carbon, we’re going to give all that money back to citizens, we’re not going increased government programs with it, it’s going to be revenue neutral.’ I completely understand why people would say there’s no internal consistency [with the Conservatives] between their market-based approach and not pricing carbon pollution. It does really undermine their position.”

Dyck: We need a minority!

“It’s pretty simple: We need a minority government. We need a minority government where the the priorities for Canadian people come first, so we do not have the Prime Minister’s Office making all the decisions. The Prime Minister’s Office is so vulnerable to being the target of big business and special interests. We need to have policy that’s based on what Canadians need, and not what’s best for Bay Street, and big corporations.”

“Well, you know, it’s sort of quasi legal. Of course, people are allowed to grow four plants, that’s a step forward, and people that are allowed to possess 30 grams or less, that’s a step forward. So you won’t get busted doing that, but everything else is the same. Plus, now if you’re driving while caught smoking, there’s a fine and you can be charged with a criminal offense, if it comes down to being impaired in the opinion of the police, so that’s not cool.”

“The climate change movement is global. Of course, transnational capitalism has been global for a long time, but because we’re now seeing an international movement that is global in scope and requires an international plan to address climate change, it’s beyond nationalism. That’s why it’s so important that people who are running on the national plane also consider another sort of future where a ‘World Congress’ group can make plans for the entire planet whereby the Amazon doesn’t get burned and you can’t do anything about it because of nationalist interest. It takes a global approach, you’ve got to fight that on a global scale. A national scope isn’t gotta cut it anymore.”

You can listen to the full interviews yourself on this week’s podcast version of Open Sources, which you can download on your favourite podcast app at iTunes, Stitcher, Google Play, and Spotify.

The candidate guest this week will be the Liberal Party incumbent Lloyd Longfield. Tune in at 5 pm on CFRU 93.3 fm or cfru.ca.