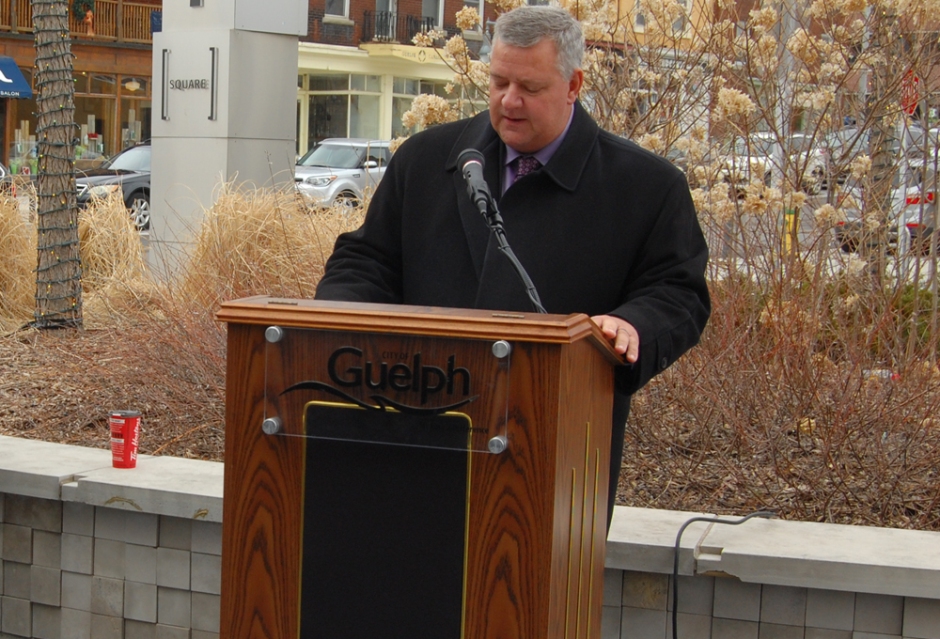 City Council once again needs to go shopping for a new Chief Administrative Officer. In a surprise Friday announcement, a press release from the Mayor’s Office revealed that Derrick Thomson will be moving on after six years with the City of Guelph.

“I’m grateful for the stability Derrick has brought to City Hall in recent years, and for the strong team of employees he leaves us with,” said Mayor Cam Guthrie in the press release. “Council thanks Derrick for his service to our city, and we wish him well in the future.”

“Chief Administrative Officer Contract” has been an item on the agenda for closed meetings of council over the last few weeks on January 21, January 28, and February 4. It was even discussed at a closed meeting prior to Thursday night’s budget meeting.

Since the details of closed meetings are never supposed to be discussed, we can’t be sure what deliberations have taken place during those last four meetings in which the CAO contract has been discussed. Politico readers will recall though that there were several months of discussions about the contract for the previous CAO, Ann Pappert, before it was announced that she was leaving the City in 2016.

The changing of the guard was made fraught at the time by Thomson’s announcement that he was taking over as General Manager of Community Services for the Town of Caledon. At the time, Thomson was a Deputy CAO, and less than two weeks after Pappert’s announced departure, he was named her replacement as CAO. Thomson has officially served in the role since October 2016.

“Working with the smart, dedicated men and women who serve Guelph citizens and businesses every day has been an honour for me,” said Thomson in a statement. “I’m also grateful to have worked with Council and to have been a part of its agenda to make Guelph an exceptional city.”

Thomson came to the City of Guelph after gigs in West Lincoln and Brampton as the Executive Director of Community and Social Services in 2013. He was promoted to Deputy CAO of Public Services after the corporate restructuring in 2014.

As to the future, the City press release said that, “City Council is working on a transition plan that will ensure services and work plans continue without interruption.”

The likeliest candidates to become the new Chief Administrative Officer are the three current Deputy CAOs Scott Stewart, Colleen Clack and Trevor Lee. Stewart came to Guelph as DCAO of Infrastructure, Development and Enterprise in 2015; Clack joined the City in 2007 as the facilities manager of the River Run Centre and has been the DCAO of Public Services since 2016; and Lee, was CEO of the Elliott Community for 18 years before become the DCAO of Corporate Services in 2017.