For the TL;DR set, both the Guelph City Council and the Amalgamated Transit Union Local 1189 will be voting Tuesday to ratify the tentative agreement reached late last night. If it’s passed by both parties, City of Guelph buses could be back on the road as early as Friday allowing for at least two days for inspection of the vehicles and for transit services to make sure all routes and positions are properly scheduled.

Guelph, ON, August 1, 2014—The City and Amalgamated Transit Union (ATU) Local 1189 have expedited the voting process so that the second tentative agreement reached between the two parties can be accepted or rejected as soon as possible.

“We recognize how hard this has been for our riders and are pushing up our voting day to Tuesday, August 5, which gives us enough time to share the agreement with our members and hopefully get our buses back on the streets as soon as possible.,” said ATU Local 1189 President Andrew Cleary.

“We are all working to get this service disruption over for our community as fast as we can,” said the City’s Chief Administrative Officer Ann Pappert. “This has been a tremendous hardship for the community, and we hope both sides will vote to ratify the tentative agreement on Tuesday.”

Once ratified, it takes a minimum of two days to bring Guelph Transit’s systems back into operational readiness. This includes inspection of the fleet and confirming scheduling.

For updates and more information regarding the negotiations between the City and ATU Local 1189, please visit guelph.ca/atu. 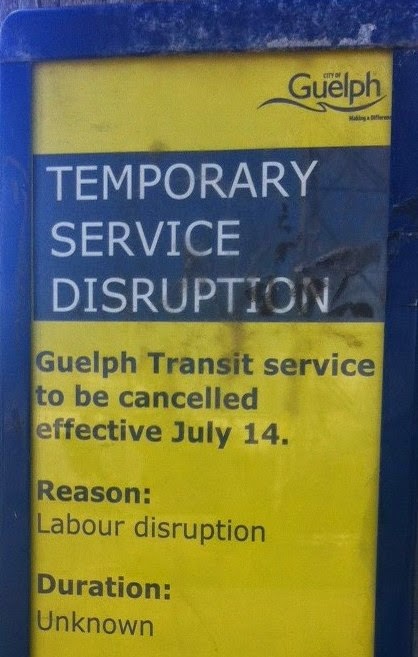