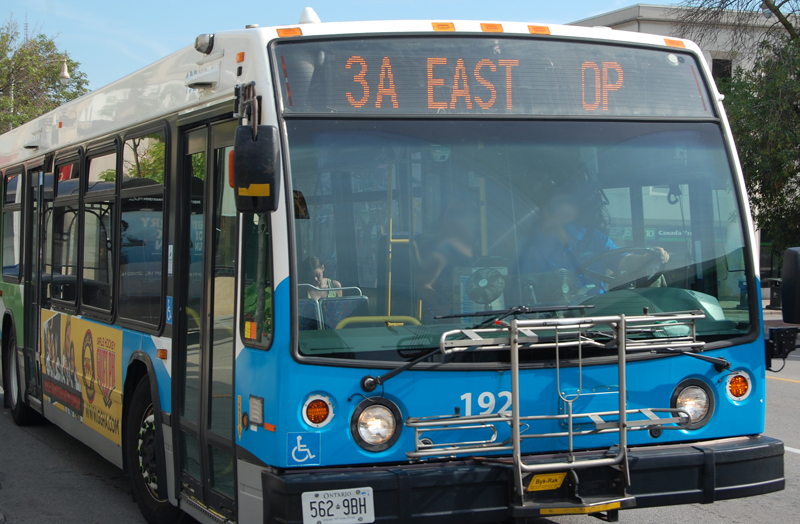 As the lockout of Guelph Transit nears the end of its second week, there’s a sign of hope that this time next week we may be able to get back on the buses again. Word came in late last night that the City of Guelph and the Amalgamated Transit Union Local 1189 have reached a tentative agreement.

The key point is that this means there’s no immediate end to the lockout. The ATU members will vote this coming Thursday, August 7, and if they vote to ratify, council will hold a special meeting to vote it through on their end. Meeting day and time to confirmed soon. Now the question is, for the union, will the third time be the charm?

Here’s the press release from the city:

Guelph, ON, July 31, 2014—After two days of negotiations, the City of Guelph and Amalgamated Transit Union (ATU) Local 1189 negotiating teams reached a second tentative agreement. The agreement is subject to ratification by the ATU Local 1189 membership and Guelph City Council.

“We are hopeful that ATU’s membership will ratify the agreement so we can proceed to a Council vote,” said City of Guelph Chief Administrative Officer Ann Pappert. “If this deal is ratified, we will be able to get Guelph Transit serving our community again as we work to rebuild the important relationship with our transit employees.”

The members of ATU Local 1189 will vote to accept or reject the tentative agreement on Thursday, August 7. If ratified by the ATU membership, Guelph City Council will hold a special meeting to vote on the agreement. The city is working with members of Council to confirm the special Council meeting date.

“We share an interest with the City to get our buses running as soon as possible,” said ATU Local 1189 President Andy Cleary. “I believe this agreement meets the needs of our membership and addresses many of our workplace concerns.”

Until the agreement has been ratified by both parties, Guelph Transit service will remain suspended.

Details of the agreement will be shared once ATU Local 1189 and City Council have had the opportunity to ratify.

For more information regarding the negotiations between the City and ATU Local 1189, please visit guelph.ca/atu.

I find Cleary’s underlining of the phrase “workplace concerns” interesting as it perhaps insinuates that this new agreement addresses members key concerns and doesn’t just throw money at them again. Here’s hoping….

One thought on “City & ATU Reach Tentative Agreement; Bus Service to be Restored After Ratification”