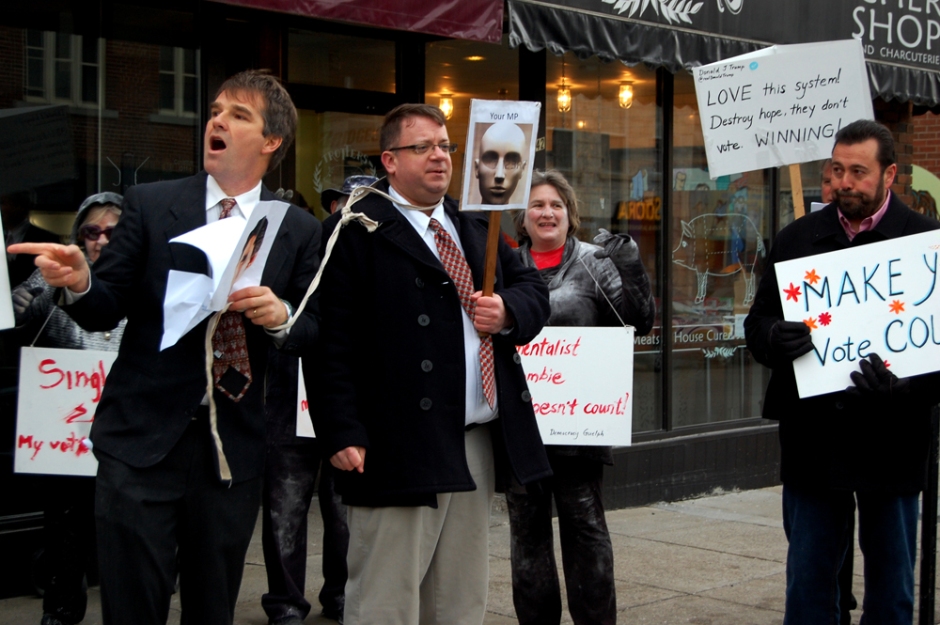 One year after Prime Minister Justin Trudeau said that electoral reform was not going to happen, despite numerous promises to the contrary, a group of Guelph activists said that they’re still invested in holding the PM to his word. To do this, some concerned Guelphites decided to put on a little show, one that might appeal to the drama teacher background of the present occupant of the PMO. Watch the “zombies” descend on Lloyd Longfield’s constituency office. 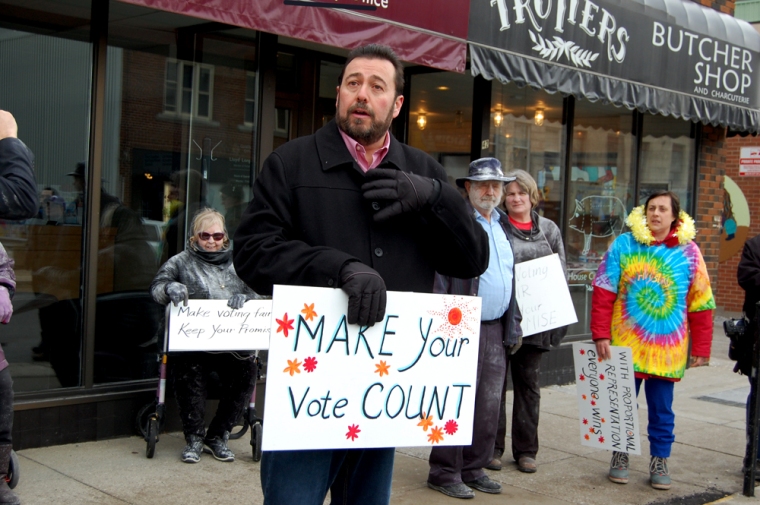