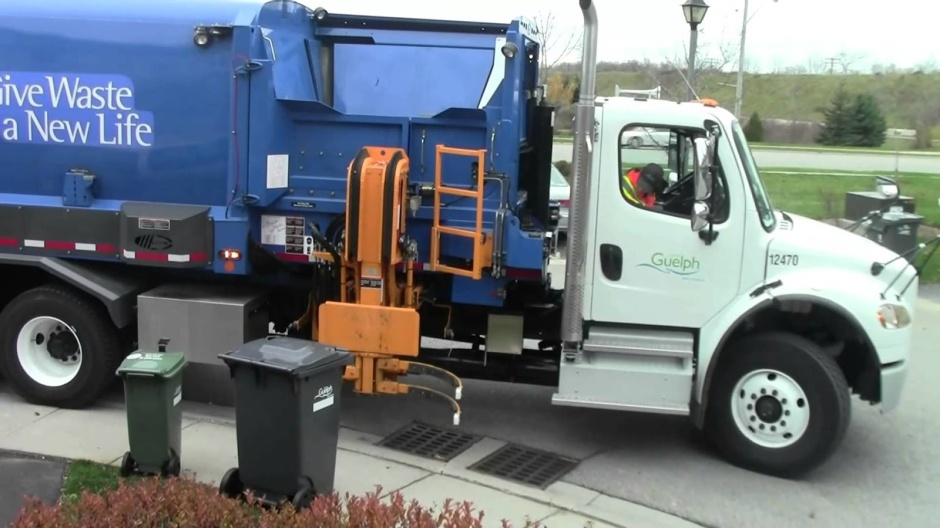 The week began with concern that the City of Guelph was about to lower the boom on its employees at Solid Waste, but the interim report of the service review on that department says that, for the most part, Solid Waste is delivering its services “in-line and competitive” with other municipalities. At least, that’s how they’re doing on five out of six categories the review explored anyway.

The only category in Solid Waste that doesn’t seem to be carrying its weight is the Material Recovery Facility (MRF), including the Waste Resource Innovation Centre (WIRC). The interim report notes that the MRF processes an average of 20,000 to 35,000 tonnes of recyclable material, but the processing fees per tonne are costing more than they should, or at least far more when compared to “comparator municipalities”.

A full audit has yet to be completed, and the final phase of the review is currently underway, but according to data gathered so far, Guelph’s processing costs are, on average, $93 per tonne versus less than a $1 per tonne in the other municipalities the review looked at. According to Dillon Consulting, who are conducting the service review on Solid Waste, the cost of operating the MRF is $4.86 million, while the revenue generated is only $2.75 million. That leaves the City to cover the $2.11 million difference.

Dillon Consulting said that a number of factors may affect the numbers they’re presenting including staffing composition, contractual obligations, infrastructure and asset condition, resource availability, market trends, legislative requirements, material and revenue streams. There are two other potential impacts, but they are not mentioned in the public report, and will only be shared with council in an in-camera session.

Moving forward, the auditors will be looking at a couple of different areas in terms of the work done at the MRF, including an audit of material processing, a service delivery method analysis, research on potential impacts of the Extended Producer Responsibility changes (banning or taxing plastic bags, charges for the proper disposal of e-waste, for example), and a review of the impact of the Simcoe contract on the bottom line. Fifty per cent of the tonnage that passes through the MRF is the receipt and process of containers from Simcoe County, for which the City of Guelph takes tipping (or gate) fees, and collects revenue on the recyclables from the Resource Productivity and Recovery Authority (RPRA) of the provincial government.

“Knowing one waste service is not performing as well as our comparators allows us to explore the service further and assess implications of pending legislative changes to find solutions and make improvements,” Peter Busatto, general manager of Environmental Services, said in a statement. “The whole point of the review is to provide the best possible service for our residents.”

As for the other five areas – Curbside waste collection including leaf and yard waste, Source Separated Organics (SSO) Facility, Public Drop-Off (PDO) and transfer station, Household hazardous waste (HHW), and Residuals (garbage) management – they all showed that “Guelph’s service is in line and competitive with comparator municipalities.” In all, the review compared Guelph services to 12 other municipalities including the Region of Waterloo, Brantford, Hamilton and Essex-Windsor.

After the meeting, the review will march on till its completion. Aside from the ongoing research into the MRF, there are still a number of matters left to be examined before the final report comes back early in the new year, including Leaf and Yard Waste, Multi-residential collection services, Public Drop Off, and Hours of operation and shift structure. In the meantime, staff will be preparing the 2018 budget with an eye towards 2017 actuals, but with awareness that expansion/efficiency packages might be coming forward in the process. A second interim report will be brought to council sometime in either November or December.

The special council meeting will take place at 7 pm on Monday September 18. No decisions will be made at this meeting, and there are no staff recommendations before council to be considered. However, the clerks office will still be accepting applications to delegate or offer written comments, and any one interested in doing either has to get in touch with the clerk by Friday, September 15 at 10 am by calling at 519-837-5603 or by emailing to clerks@guelph.ca.

***Correction – Sept 7, 3:30 pm: The Waste Resource Innovation Centre (WIRC) is actually a part of the Material Recovery Facility (MRF). I apologize for any confusion.