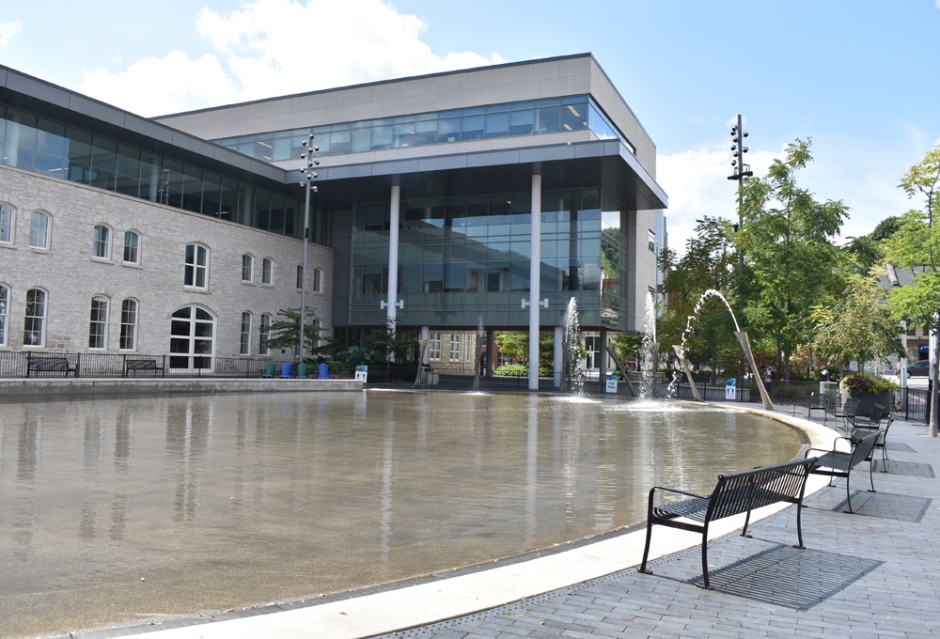 A very busy week at city council comes to an end with the third of three meetings, each of them dealing with some essential planning matters. In this last one, there will be some heritage friction, and the last item needing discussion from the aborted June planning meeting, but the biggest bit will be the latest changes to the wholesale re-evaluation of the comprehensive zoning bylaw!

NOTE #1: Delegates will be able to appear at this meeting via telephone, but you do have to register with the clerks office before 10 am on Friday July 7. You can also submit written delegations and correspondences for agenda items.

NOTE #2: The meeting will be the open to the public, but if you would like to follow it from home, you will still be live-stream the meeting on the City of Guelph’s website here.

50-60 Fife Road: Proposed Demolition of Building listed as non-designated on the Municipal Register of Cultural Heritage Properties – The bell tolls for the old F.J. Chadwick house on Fife Road. Chadwick died in 1891 but he was an affluent Guelph businessman, founder of the Herald newspaper, and he was even elected the Mayor of Guelph in 1877. The house was expanded from the original residence built in the 1860s, to include the construction of a unique three-storey tower, which now might be the only piece of the structure to remain.

A demolition request was filed by the property owners, UpBuiling!, which is a non-profit housing group, and they want to replace this building with two new buildings for a combined 18 units. The report doesn’t go into detail about whether there are any structural issues with the house, or another reason why it might be demolished other than the fact it’s in the way, but since the majority of the heritage value is in the tower, staff are proposing that council designation that portion so that it can be retained. There is some conflict though because Heritage Guelph passed a motion for council asking them to designate the whole darn building.

Public Meeting for 1563-1576 Gordon Street, Zoning By-law Amendment (OZS22-006) – Nine plots of land with nine single-detached dwellings in the area of Gordon and Lowes could become 154 unit stacked townhouse development as well as eight single-detached dwelling units facing the Dawn Avenue side of the properties. The project will be testing the limits of some of the present zoning limits including units per hectare, and building height. Still, this is only the statutory planning meeting for this development; no final decision will be made and council will vote only to receive the report. This statutory planning meeting was supposed to take place in June at the meeting that was cancelled due to tech issues.

Statutory Public Meeting Report, Comprehensive Zoning Bylaw Review – The new zoning bylaw takes another step to being put into action, and this is another chance for council and the public to check in and make some notes about the proposed changes. This is what’s new with the document:

Some limited flexibility has been built in to the new bylaw in certain cases including a provision to make a green roof account for some portion of open space, and allowing buildings with 20 dwelling units in older built up areas to be exempt from having a mandatory common amenity area.

In terms of criticism around exclusionary zoning, the new bylaw makes allowances for small apartment buildings and on-street townhouses, to a maximum of three units, within the RL.1 and RL.2 zones, which should, theoretically, allow for more variety and gentle density.

There have been revisions to the H13 service holding provisions to new buildings and/or additional residential development, which will also protect changes to existing commercial buildings already made. The holding provision is used to make sure that services are available at the site before proceeding with approval for an increased number of units.

Although it’s come up in conversation, staff are not recommending any changes or status for shipping containers. Many businesses are using the containers for extra storage, and codifying that in the bylaw might encourage the practice, which, according to staff, means that “we are not utilizing employment lands for the highest and best use.”

There will also be a proposed moratorium for two years for all zoning bylaw amendments after the new bylaw is finally passed. The purpose of the moratorium is to give City staff and the community time to get acclimated to the new rules before starting to make those individual changes. Reminder: The comprehensive zoning bylaw has not been updated in nearly 30 years.

This is also some sight specific changes in the new zoning bylaw, including many areas in and around the downtown area that will recognize the existing building height and residential density and permit up to 100 units per hectare within low density residential designations.

This is  the statutory planning meeting for the new zoning bylaw, which means that council will only vote to receive the report, with the final decision meeting to be held sometime in the first quarter of 2023.