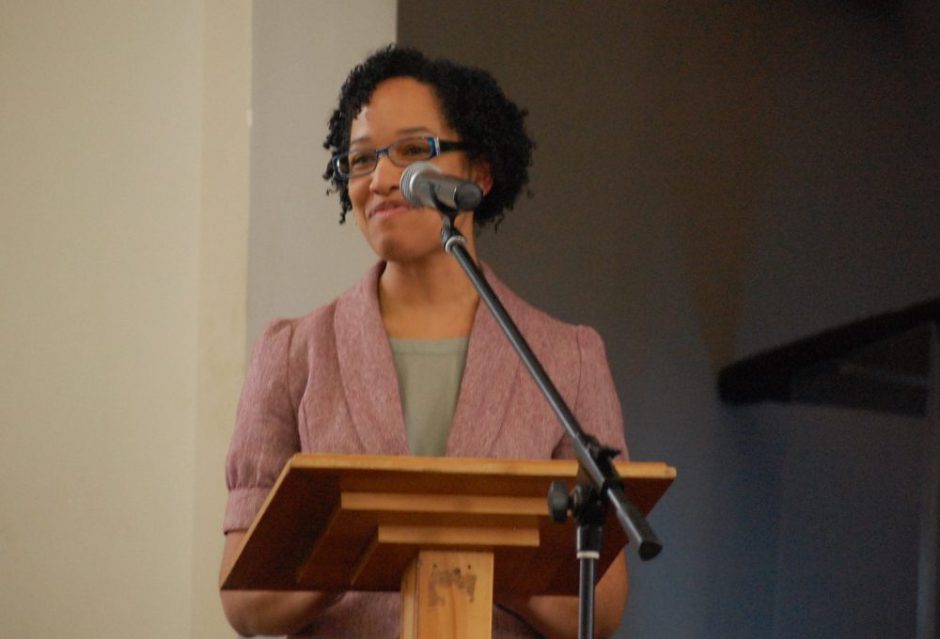 An in-person ceremony commemorated the completion of the capital campaign to buy and renovate the old Norfolk United Church, which you may know as the headquarters for HOPE House. Part of that ceremony was the official rename of the church as the David Barr Memorial Building, a rechristening of sorts that marked both the beginning of a new era at HOPE House and the continuation of their efforts to help Guelph’s most vulnerable.

“Over the last couple of years, COVID has pushed boundaries. It has revealed grave injustice in our system, and those who fall through the gaps are marginalized communities, our disabled communities, our new Canadian communities, Indigenous peoples, and racialized individuals,” explained Sylvia Gawad, a member of the HOPE House Board.

“But the past couple of years have also shown so much generosity in our communities, evidenced by why we’re here today and the successful campaign.”

HOPE House purchased the 184-year-old church in early 2020 just as COVID-19 started to sweep Guelph and the rest of the world, but in the midst of the new daily need created by the pandemic, a committee started raising the capital to begin renovations to update the old Norfolk Church into a modern facility.

“When we’re thinking of accessible spaces, we think about them from a physical accessibility standpoint,” said HOPE House executive director Jaya James. “But one of the realities is that there are lots of spaces within our community that are not only inaccessible for those who have different physical abilities, but there are other spaces that are inaccessible based on your income levels and based on cultural backgrounds.”

Making HOPE House more accessible on a myriad of levels is the goal with the nearly $2.5 million raised by the capital committee, about half-a-million dollars more than it was their original intention to raise. Owning the building means that HOPE House can re-direct $50,000 in overhead costs to their services, and being able to fund renovations means that they can make more space to expand the variety of services they offer.

“We believe that belonging to a healthy, encouraging compassionate community allows people to overcome that challenge they face and fully reach their full potential,” James added. “And that’s why we’ve worked so hard here to create this space where everyone can belong.” 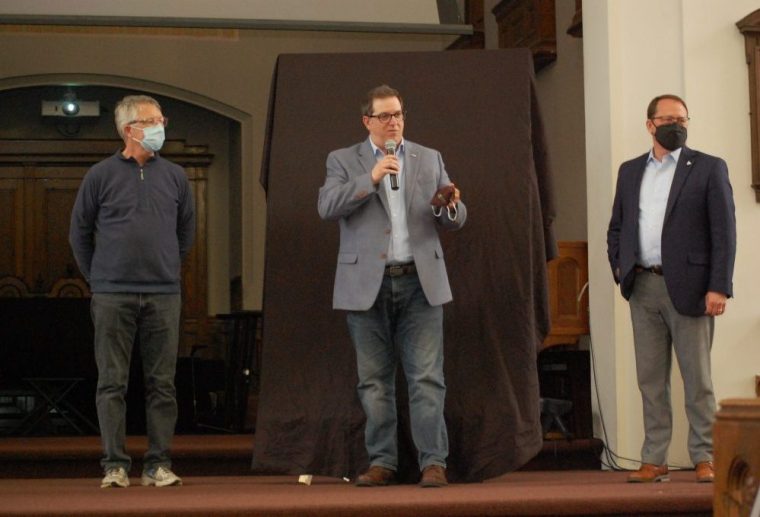 Representation from all three levels of government were on hand for the occasion, Mayor Cam Guthrie said that it was wonderful to see the capital campaign come together because he understands the important role HOPE House plays in addressing community need, as he fields several calls for assistance through the mayor’s office.

“I can’t think of a better way of saying ‘Invest in Guelph’ and it has absolutely nothing to do with economic development but it has to do with our community, and when you invest here at HOPE House that is giving back in spades,” Guthrie said.

Guelph MP Lloyd Longfield recalled that getting HOPE House funds to renovate the building has been a long-term project since shortly after he was first elected in 2015. “We had to figure out a way to do it together, from those early conversations to where we are today,” he said. “As Guelph always does, you open the door part way, and then you get out of the way in a hurry because the community comes forward and they definitely came forward for this project.”

“I love the vision of alleviating poverty by building community, and if there was ever a moment, I think the last two years have really shown how important those community connections are,” added Guelph MPP Mike Schreiner. “To know that you’re providing for those who are the most vulnerable in our community, I think we can all say that we’re deeply, deeply grateful.” 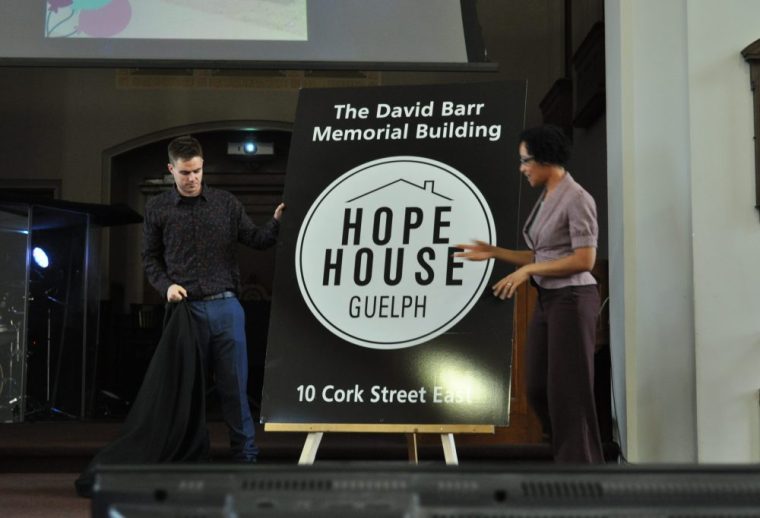 The most emotional moment was reserved for Gord Barr, a former chair of the HOPE House board of directors whose little brother inspired the name change for the building. David Barr died years ago in a car accident, and Gord said that he couldn’t bring himself to talk about his brother then, so he saw Saturday’s event as a chance to say goodbye.

“My brother exemplified a similar value system to HOPE House and that’s belonging, dignity, dignity and advocacy,” Barr said. “I want to thank the Board of Directors for allowing the building to be named after my brother, and for the staff and the many volunteers that make HOPE House what it is today and what it will be in the future.”

“In closing, my parents were both concerned that people would forget David. I never knew how that could happen, but I wanted to let you know that this is my gift to you. I hope it gives you some comfort,” Barr added while getting choked up.

With its new facelift and its new name, the people of HOPE House desire to remain a beacon, centrally located in downtown Guelph, now as accessible inside as it is outside, and ready to continue to serve those in need in Guelph.

“A key part of HOPE House’s mission is to be a community space where everyone belongs, where everyone has dignity, where everyone can come together, and that’s why this building is so important to our work,” James said. “We are open during the day for people to seek shelter, kinship, friendship, and kindness.”