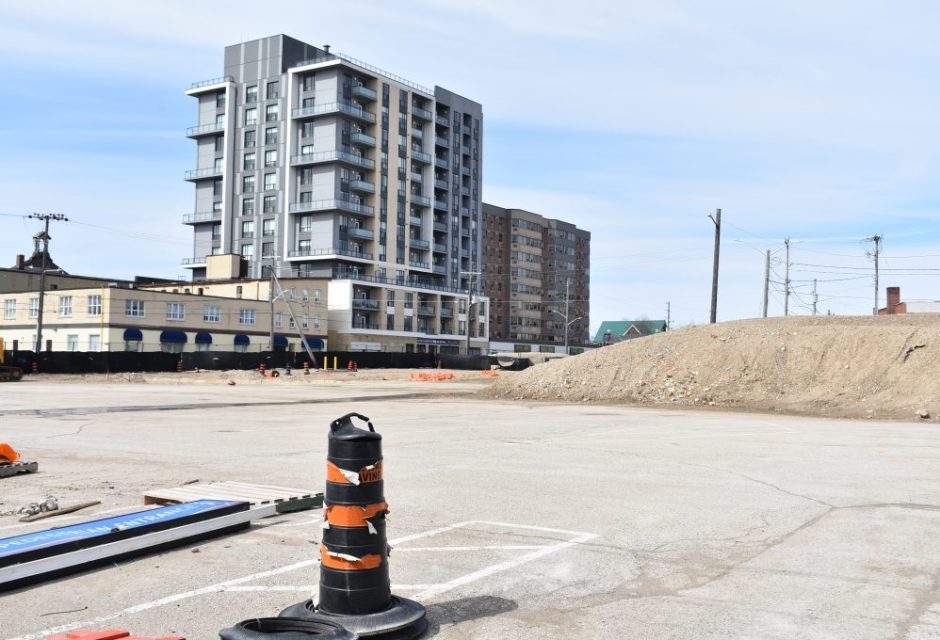 There’s a lot of interest in the excavation of Baker Street. Maybe it’s the ghoulish quality of uncovering remains from an old graveyard, or maybe it’s because this is all literally happening on the main street, but a lot of eyes are on this big hole being dug in the old Baker Street lot. This week, we go inside that hole with the two men holding the shovels.

Once upon a time, the newly founded Guelph settlement needed somewhere to bury their dead, and for some strange reason they chose the site of a future downtown parking lot. Jokes aside, nearly 170 years after the graveyard next to the site of the original St. George’s Anglican Church was closed, and after all the people buried there were supposed to have been moved to Woodlawn Memorial Park, we’re still finding people under Baker who never left.

The history under the parking lot entered modern public consciousness in 2005 when work on Baker Street revealed remains from some of Guelph’s earliest residents. More remains were discovered in 2010 and 2016, so dealing with the graves that remain under Baker was a necessary first step in getting the site ready for redevelopment. With work scheduled to begin again next month, the time is ripe to sit down talk about what we’ve learned so far.

City of Guelph Project Manager Stephen Gazzola and Project Archaeologist with Archaeological Research Associates Limited Mike McCready join us for this week podcast to talk about all that. They will discuss what else they’ve found in the Baker lot other than remains, what they’ve learned about Guelph’s early years in the process, and how they cope when the dig reveals something they didn’t expect to find. Also, they’ll talk about what work is left to be done and how they’ll know if they’ve found everything.

So let’s dig into Baker Street on this week’s edition of the Guelph Politicast!

You can follow the progress of the dig on the City of Guelph’s website, and now that winter’s over, work will begin on the excavation will begin again sometime next month. You can see the latest virtual open house about the next phase of the Baker Street redevelopment right now, and leave your questions and comments, on the City’s Have Your Say site.

The host for the Guelph Politicast is Podbean. Find more episodes of the Politicast here, or download them on your favourite podcast app at Apple, Stitcher, Google, TuneIn and Spotify .