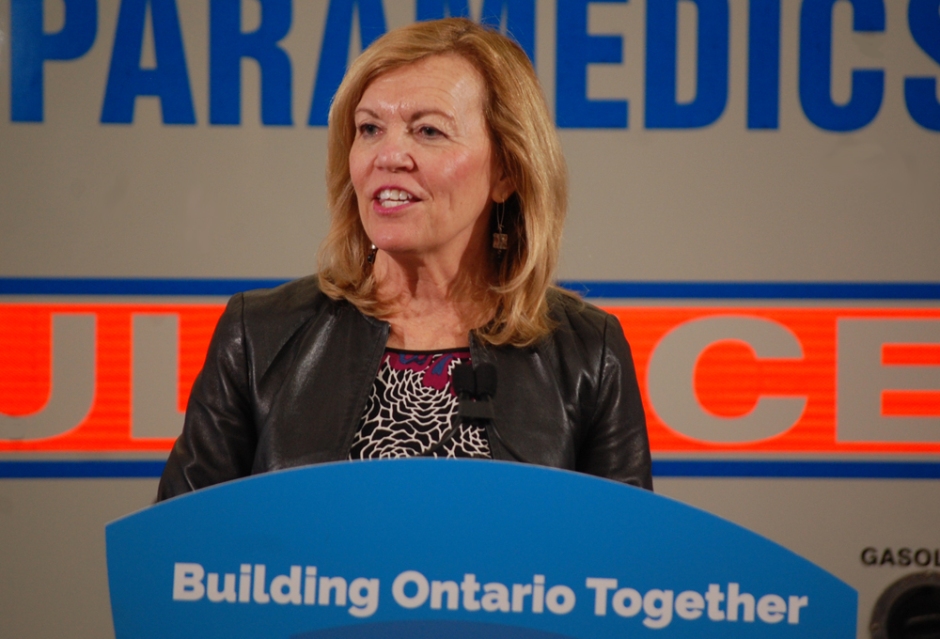 Will Ontario businesses be allowed to open again exactly one week from now? That was not a question firmly answered by the Minister of Health and the Chief Medical Officer of Health on Wednesday at a media conference. One day after Premier Doug Ford told an Ottawa radio station that there will be good news about the lockdown conditions later this week, Christine Elliott and Dr. Kieran Moore seemed to signal that’s still TBD.

“I want to assure Ontarians that we’re starting to see glimmers of hope. The sacrifices you’re making now have meant we are beginning to see signs of stabilization,” Elliott said during her prepared remarks. “Omicron cases are expected to peak this month, with a peak in hospitalizations and ICU admissions to follow. New hospitalizations are slowing and are now doubling closer to every two weeks.”

Still, Elliott warned that we’re not out of the woods yet, and that February might still be busy month for new COVID cases in the province, which is why she again encouraged everyone eligible to get their first, second, or third shot as needed.

Elliott also said that the Ontario government is expecting to get 10,000 doses of the antiviral pill from Pfizer, which has been approved by Health Canada for mild to medium COVID cases that are in danger of becoming severe cases.

“The most important thing we can all do, as the Minister has said is get vaccinated. Prevention is the key,” said Dr. Moore, who announced that 5.7 million Ontarians have now gotten their third dose, while over 150,000 people have gotten their first shot in the last two weeks alone.

“The severity of Omicron coupled with the protection offered by vaccines has meant that the length of stay for hospitalizations is now five days, compared to nine days for the Delta variant,” Moore explained. “We are also now starting to see our PCR test positivity stabilized between 20 and 25 per cent. When considered alongside other data we track, such as capacity and length of stay in hospitals and ICU, this is an encouraging sign that we may may be reaching the peak of Omicron transmission in Ontario in the coming weeks.”

And that good news later this week that the premier promised? “I do believe this is a government decision. The premier, I believe, will be making a statement on this,” Moore said tersely near the end of the presser. “We will be continually reviewing data to inform that decision, and I can’t make any foreshadowing of of that statement.”

In terms of foreshadowing, Moore said that he was sure that the plan to re-open the province will be gradual, phased in, and data driven, while acting with prudence. Still, many in the press were interested to know how the government can offer assurances about Omicron cases plateauing when schools only re-opened on Tuesday or Wednesday morning depending on how severe the effects of Monday’s snow storm were on the area.

“We have as many layers of protection as we can in the school setting to reduce the risk of transmission, we will clearly be monitoring that situation,” Moore said. “As a measure, schools certainly haven’t had a significant impact on transmission in the past, and I do believe the measures we put in place should minimize them as best we can as a society, and we’ve together made schools as safe as we can.”

“We know that there’s high levels of community transmission right now, but schools themselves have been made as safe as possible with the HEPA filters, with the number of rapid tests, with N95 masks being available for teachers and childcare workers. We are taking every step possible to make sure that when our students safely go back to school that they will remain healthy,” Elliott added.

Moore warned that testing is still going to be an issue despite the fact that progress is being made to turn results in faster, and the fact that the number of positive tests is falling. Presently, there’s no plan to expand testing eligibility.

“We have a framework by which we will approach opening eligibility for further PCR testing based on needs-based access for treatment, and based on high risk populations,” Moore said. “We’re absolutely reviewing all criteria on a regular basis of access PCR tests and ensuring that people get the right test at the right time. I’m happy that we’ve given out 3.9 million rapid tests to parents of children and that they no longer have to do the drive down to an assessment centre.”