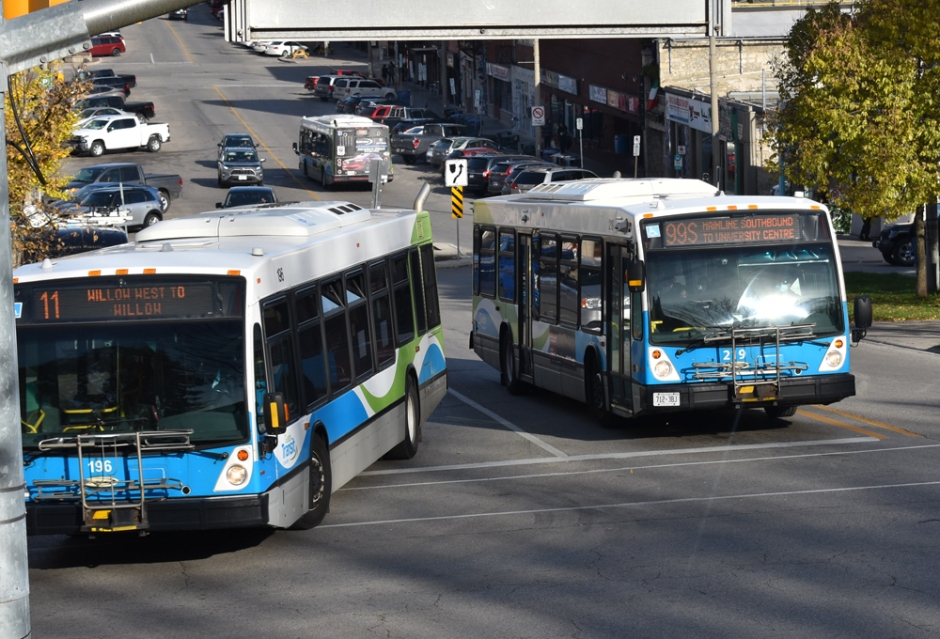 NOTE #1: Delegates will be able to appear at this meeting via telephone or video, but you do have to register with the clerks office before 10 am on January 21. You can also submit written delegations and correspondences for agenda items.

Moving Guelph Forward: 2022 Transportation Master Plan – Previously on the Transportation Master Plan last May, council approved the recommended draft option of the plan, which was recommendation #3. This option was billed as having a sustainability *and* resiliency focus, combining lofty ambitions about creating the conditions to encourage people to leave their car at home, but that same time being pragmatic enough to recognize that getting people out of their cars is hard.

At May’s special meeting, a big portion of Guelph’s council felt that the plan was not pragmatic enough. The councillors that hesitated were concerned about the possibility of staff unilaterally deciding to create dedicated transit lanes, that the modal shift targets were too ambitious, and that there was no financial information attached to the plan. At least one councillor just hated everything about the plan when it was presented, so the question is now whether any of the changes made by staff will be more persuasive.

First, the City of Guelph will formally adopt Vision Zero, a road safety initiative that says one life lost on the roads is one life too many. Every city that takes part in Vision Zero can design a program to their specific needs, but the main initiatives are road and infrastructure changes, enhanced regulation and enforcement, increasing public awareness, and using technology like red light cameras and automated speed enforcement, both of which Guelph is now using.

Next, the plan will increase the non-auto mode share target, otherwise known as the percentage of trips made every day using something other than a private automobile, from 33 per cent to 42 per cent. Road network improvements and policy should be able to get us there according to staff.

The plan also proposes the creation of the Emerging Transportation Technologies Office, which will oversee implementation and analysis of new transportation technologies, including, but not limited to, ride-hailing, micro-transit, e-commerce, and self-driving technology. There will also be a new Pedestrian Master Plan to replace the old Sidewalk Needs Assessment to find out where the challenges are for pedestrians and how they can be fixed.

In terms of the financial picture, staff say in the presentation that the capital costs of implementing the plan would be about $26 million over the next 10 years. Somewhere between 25 and 100 per cent of the project costs could be covered by development charges depending on the context, and the annual operating costs will increase by $376,200 by the year 2031. Staff also point out that the cost of widening roads in Guelph will cost between $65 and  $100 million.