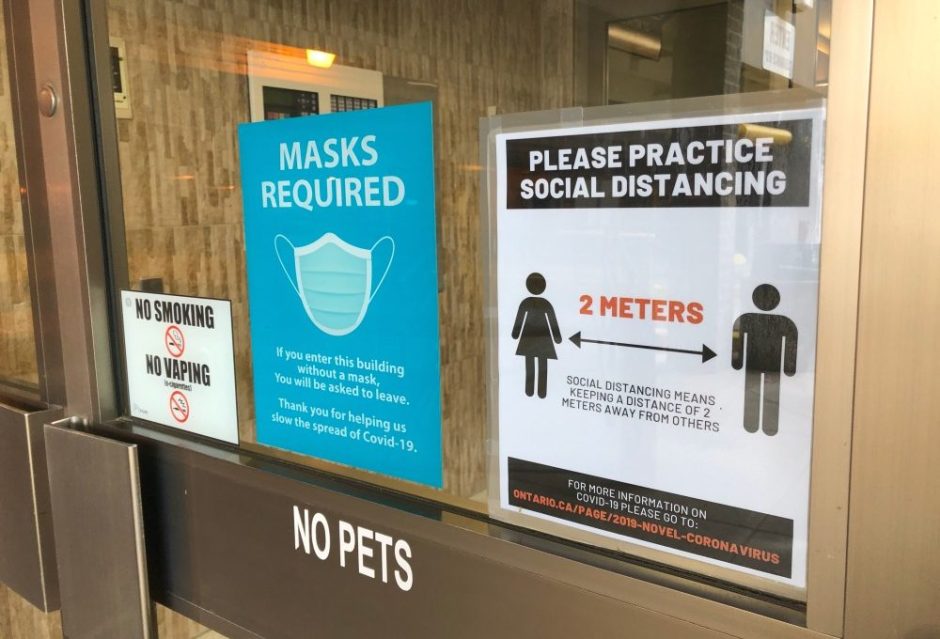 Yesterday’s announcement from the Government of Ontario about the latest COVID-19 prevention measures was not the news that anyone wanted to hear. The reaction from Ontario’s opposition parties and various advocacy groups were as unimpressed with the news about a new (semi)lockdown as almost everyone was given the near universally agreement that Premier Doug Ford made a bad call, or at least a late one, on Monday.

“Ford’s dithering and delays have left Ontarians scrambling once again,” said Guelph MPP Mike Schreiner in a statement. “The result is that businesses, students, parents and health care workers are now suffering because the Premier didn’t take proactive measures.”

Schreiner said that the Ontario government needs to make workplace safety a priority including paid sick days and N95 masks for all frontline workers. He also called on the government to repeal Bill 124 to address staffing shortages in the healthcare system, and to support a third round of funding for the Small Business Grant. Schreiner also called for schools to be given the resources to re-open as soon as possible including access to PCR testing and free rapid tests, transparent reporting of COVID cases in schools, and N95 masks for school staff.

“The Premier simply can’t delay delivering the support people, small businesses and the health care system needs to get through the omicron wave,” Schreiner added. “Ignoring calls for action and acting at the last possible moment is typical for this government, and is a real failure in leadership.”

Official opposition leader Andrea Horwath agreed saying that Ford made a number of bad decisions leading up to the new lockdown, but he’s compounding those decisions with the slate of new restrictions he announced on Monday.

“Doug Ford knew exactly what was coming, but didn’t prepare schools or hospitals, and didn’t take any precautions to prevent a lockdown,” Horwath said. “He didn’t want to slow down big box holiday shopping, or invest in health care workers or more protections in schools. He made the same bad choices he made a year ago, and we’re all paying the price for that.”

Horwath called on Ford to recall the legislature in addition to the some of the same measures that Schreiner demanded in his statement, but she also called for a new eviction ban, support for workers who’ve lost income, and to request help from the Canadian Forces and the Federal government to support understaffed hospitals.

“Our kids deserve so much better than the constant chaos of Doug Ford’s reckless leadership,” said Liberal leader Steven Del Duca in a statement, referring specifically to the school closure for two weeks. “As a dad with two daughters attending publicly funded schools, I know how important peace of mind is right now. Telling us last week that schools were safe to re-open on Wednesday and then reversing that decision on Monday is only scaring parents who were already anxious.”

School workers are also upset about the move to online learning for the first two weeks of the year. A letter co-signed by all of Ontario’s teacher and school worker unions was sent to the Ministers of Health and Education on December 31, and it outlined a number of the same measures the opposition parties were requesting. They also called for smaller class sizes, stricter screening and testing protocols, and the prioritization of vaccine boosters for education workers.

“Last week’s decision came dangerously close to risking the safety of students and ETFO members. We share the belief that in-person learning is the best and most equitable way for students to learn, but it must be safe,” said Karen Brown, president of the Elementary Teachers’ Federation of Ontario (ETFO) in a separate statement.

“This shift to remote learning is frustrating because we know it could have been avoided had the province funded and implemented safety measures at the onset of the COVID-19 pandemic and not half-measures,” Brown added.

Health workers are none-too-pleased with this new direction either. “Premier Doug Ford’s ‘too little, too late approach’ throughout this pandemic is reckless in the face of Omicron – a COVID-19 variant that has no mercy on anyone,” said Dr. Doris Grinspun, the CEO of the Registered Nurses’ Association of Ontario (RNAO) in a statement.

Grinspun explained that the restrictions announced Monday did not go far enough, and pointed out that the nurses in Ontario’s hospitals and health facilities have been working flat out for 23 months. RNAO is asking for more homecare for COVID patients, more N95 masks, and more help for nurses by hiring more of them and getting rid of Bill 124, which limits raises for all public employees in Ontario, including nurses.

“RNs are leaving the profession because the government has refused to repeal this bill. They consider this a betrayal when you look at how long they have been caring for patients – for almost two years at a relentless pace, with higher case loads, without days off, and with all the risks this pandemic presents,” added RNAO President Morgan Hoffarth. “We are imploring the premier to do the one thing that will help reverse the exodus we are seeing in the profession and that means repealing Bill 124.”

In terms of the business community, the senior leadership of the Canadian Federation of Independent Business (CFIB) noted that only 35 per cent of Ontario businesses are making normal revenues at this time, and that small businesses around the province are in debt by $190,000 on average, while nearly 20 per cent are actively considering bankruptcy.

“There are currently no provincial supports for small businesses and desperately needed grant funding has not been available since April 7, a day before the third lockdown began,” read a statement co-signed by CFIB president Dan Kelly. “The government’s promised property tax/energy rebate program and tax payment deferrals will provide some relief; however, they are not nearly enough, not accessible today, and will kick the debt can further down the road.”

“CFIB calls on the government to immediately reintroduce provincial grant support for all businesses affected in any way by today’s announcement and provide an immediate pathway to reopening,” the statement added.