Before summer break, there were some long hours ahead for Guelph City Council. One special meeting reviewed the findings of the service rationalization report, and another special meeting reviewed the Baker District Urban Master Plan. In between, council sorted out the issues with the new sign bylaw and ended the decades long quandary about the Dolime Quarry. Here’s the second council recap for July.

Council got off to an early start on Monday with a special meeting dedicated to the service rationalization review. Staff members and KPMG produced a report that offered 10 primary recommendations, 17 that are already in progress, and 26 that required further direction to staff to incorporate into future work plans.

After the exhaustive report about eight out of the 10 options, council asked questions about many different aspects of the report, and many of them were about the difficulty of lining up back-end operations with other boards and groups. There was also some concern about the language of talking about residents and citizens as customers, and whether staff was taking on too much work with all the master plans and service changes going on.

Council then went in-camera to talk about the remaining two items of KMPG’s Top 10 priorities that couldn’t be talked about in open session. When council came back, the three recommendations were put on the floor, and Councillor Dominique O’Rourke proposed an amendment to make the implementation of Enterprise Risk Management the 11th priority. O’Rourke said implementing ERM would allow the City to approach all of their work using the same kind of holistic approach that’s been applied to budgeting and asset management. The amendment passed.

Before passing the amended recommendations, Councillor Mike Salisbury proposed referring the last 25 items to the next term of council, but staff were sure that this was going be a multi-year project in any event, so the referral ended up failing. The full recommendation was then passed by council. 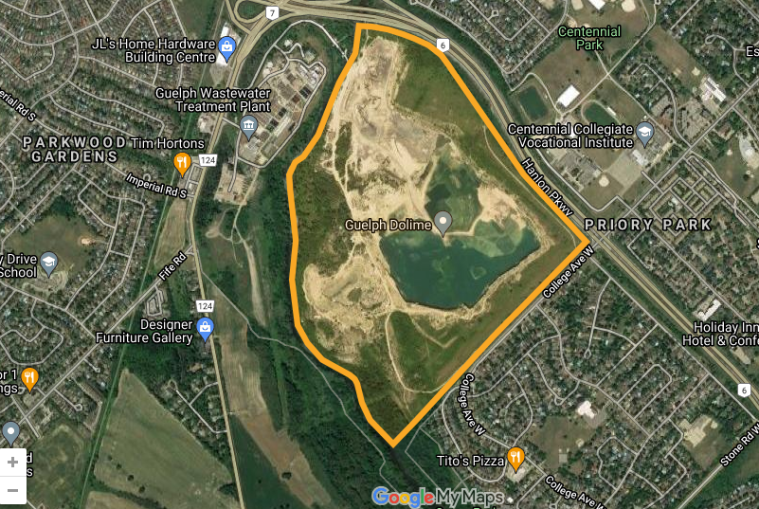 This month’s regular council meeting was mostly about tying up the loose ends and the unfinished business from Committee of the Whole starting with the new sign bylaw.

There were six delegates that came out to speak for a less restrictive provision for mobile signs in the bylaw, four of them were the owners of sign businesses, one was a business owner, and one was a community member who sat on the sign bylaw committee. The problems with the bylaw, as it came to committee, was a prohibition on the use of neon letters, a two-week limit on permits, and the expanded distance of 50 metres between signs. Council would slowly undo all that.

Councillor Leanne Caron offered a compromise on permit length, 21 days instead of 14, but Councillor Christine Billings raised Caron’s 21 to the original 30 days. There was some more discussion about whether or not mobile signs are sign pollution or a useful tool for businesses and community groups, but the new 30-day limit was approved 9-4. The distance between signs was also changed back to 30 metres by a vote of 10-3, but the allowance of neon letters again was the most controversial of all and passed by a close 7-6 vote.

The next item on the agenda was the Speed Limit Reduction recommendations, and Councillor Rodrigo Goller tried again to reduce the speed limits in select areas to 30 kilometres per hour instead of 40, and again he was stymied in a failed 3-10 vote. Goller then tried to direct staff to bring back a report in 2027 with advice about moving to 30 km/h, but that amendment failed to. The original recommendations from Committee of the Whole passed without amendment.

On the final vote for the Dolime settlement, there were a couple of delegates concerned that council was about to approve a plan that didn’t quite hold up to typical planning processes. Councillors got some assurances from staff and marked the end of a 14-year long journey to finally close the quarry and protect the ground water underneath it. Council unanimously approved the solution.

Mayor Cam Guthrie then brought forward two new items based on information reports. The first concerned the hiring of two new senior positions for improving Indigenous relations in different capacities, but it’s a competitive market for such hires, and the mayor wanted to up the ante by making them permanent positions instead of contract ones. Guthrie also asked council to pass a motion of support to get provincial funding for a 24/7 IMPACT program. Council approved both measures.

In the mid-season finale of this council year, we returned to the ever-popular topic of the Baker District Redevelopment, and the completed Urban Design Master Plan for the project. Staff were pretty hyped about it, but a wet blanket from the Downtown Guelph Business Association, and interruptions for in-camera discussions, tried to cool the momentum.

After the staff presentation, there were three delegates who each represented the concerns of the DGBA, including a double-sized delegation from executive director Marty Williams. There were essentially two issues with the project as currently envisioned: not enough parking, and the proposed plan doesn’t match the original vision of large public spaces and institutional partners. In other words, this is just another condo project with not enough parking. And a library.

Williams and the others argued that council should proceed with the library portion and go back to the drawing board with the rest. CAO Scott Stewart confirmed that when council approves the Urban Design Master Plan the die is cast, and this will be the plan for the site.

When it was council’s turn to ask questions, they mostly focused on the parking angle. Staff affirmed that although there won’t be ask much parking on Baker as originally planned, it still represents a net gain of 300-plus spaces between the underground parking at Baker and the Market Parkade. Plus, because of the bedrock underground, and the awkward footprint above ground, there are some very limited options to add more parking. As for those institutional partners, they just never materialized despite the outreach done by City staff.

Once council ran out of questions, the call came to go back in-camera to finish the closed meeting discussion. In all, council spent about two hours of the nearly five-hour long meeting in closed session.

When the meeting re-opened to the public, there were a few comments from councillors about the long road to get here, and how there was genuine excitement for the project whether the revised Baker District plan delivered on all its original promises or not. The three recommendations were separated by the request of Councillor Bob Bell, and while the first and third recommendations were approved unanimously, the second recommendation, which dealt specifically with the parking question, was merely approved in an 11-2 vote.

Councillor Cathy Downer brought forward a supplemental motion to direct staff to review the parking demands downtown. Granted, that work is being done right now with the Parking Master Plan, but Downer said that she wanted to send a message to the public that whatever parking issues there are downtown are still top of mind for staff and council.

The next meeting of city council is the Committee of the Whole Meeting on Tuesday September 7. The agenda for this meeting will be posted on the City of Guelph’s website on Thursday August 26.