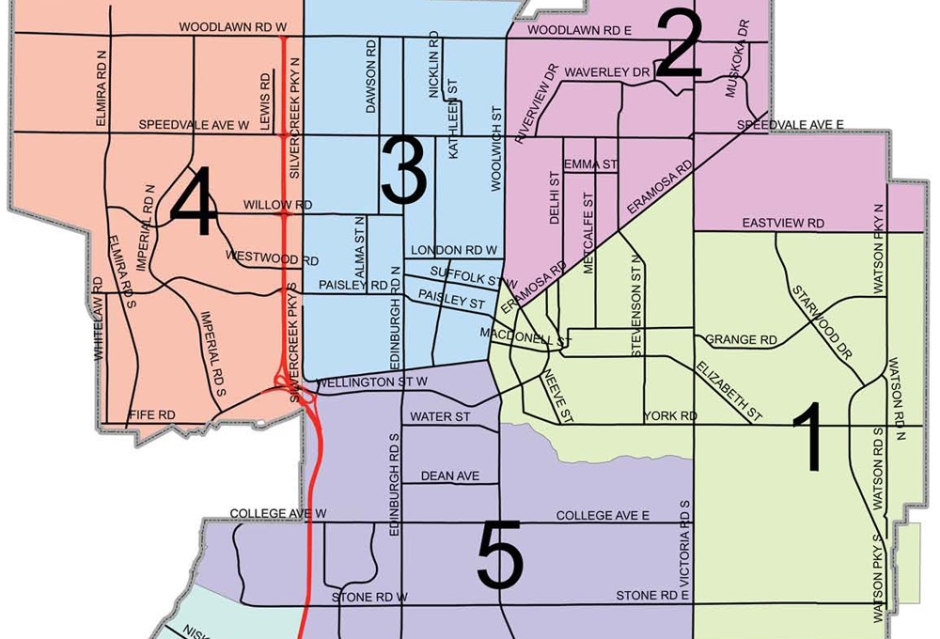 It’s taken months of research, hours of collecting residents’ feedback, and at least one council meeting with no firm decision, but the City of Guelph is one step closer to a redrawn ward map system. City staff are now presenting the final four options to the general public for one last round of consultation before council makes the final, final decision.

“Each of the four options reflects what the community told us during the previous rounds of engagement, but each offers different strengths in the four priorities considered when reviewing ward boundaries, including equal population for better voter parity, projected growth, communities of interest and natural boundaries and geographic features,” explained acting City clerk and general manager of the City Clerk’s Office Dylan McMahon in a statement.

You can see the four maps in question here:

According to the background report from the consultants working on the project, 51 per cent of people in the last round of engagement want to keep the current model of 12 councillors with two for every ward. Still, there was an almost equal number of people who want to see a smaller council, but there is still some majority agreement with 63 per cent of people saying that they would like to maintain a system of two councillors per ward.

Members of the public are being invited again to offer their feedback from now until April 20 via the City’s Have Your Say engagement site. There will also be a pair of virtual workshops on Wednesday April 7 and Tuesday April 13 from 7 to 8:30 pm, and members of the clerks’ office will be available for questions during public office hours. Those details are available in the City’s media release.

After this latest round of engagement, the final option will be presented in a report to council that will be available on June 10 and will be discussed at two council meetings on June 21 and 23.