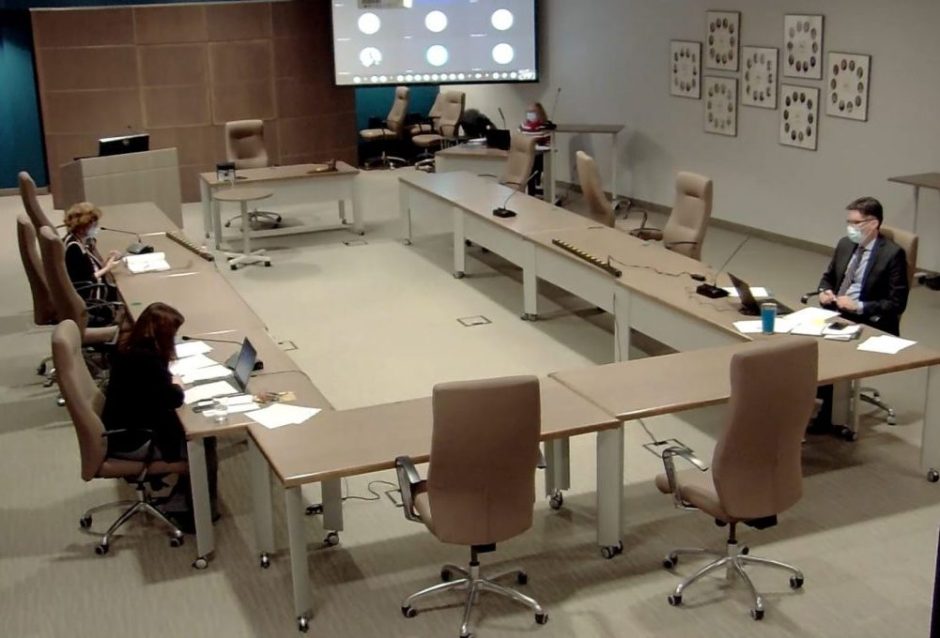 There are too many unanswered questions, no idea about how to increase safety precautions, and decisions about re-opening schools are happening in such a way that parents, teachers and school administrators can’t do any long-term planning. The Upper Grand District School Board heard again on Tuesday night that Ontario needs more action and less reaction, and they’re going to take that fight to the Government of Ontario.

At the monthly board meeting, trustees for Upper Grand heard from Dr. Andrea Chittle, a family physician who’s also a member of Ontario SAFE, an advocacy group concerned about the lack of clarity and what they feel is a lack of action to make schools safe from COVID-19. Chittle’s, who’s previously appeared as a delegate to the board, wanted trustees to use their influence to get a firm and direct COVID response from the Province so schools can re-open.

“The Ministry of Education has not been transparent about what criteria are being used to determine when schools will re-open for the majority of students in the province,” said Chittle. “It is unclear what additional precautions are being put into place in advance of schools re-opening. Timely and clear communication from the Ministry of Education is needed to help parents, families and educators navigate the weeks ahead.”

In a letter to the board, Chittle said that the Government of Ontario “has not prioritized stable and safest in-person learning,” which includes having testing and tracing strategies, proper prevention and control measures, and smaller class sizes.

In a media statement on Sunday in advance of the re-opening of schools in the northern areas of Ontario, Education Minister Stephen Lecce touted the government’s plan saying it was the most comprehensive and well-funded school safety plan in the c0untry.

“[The plan] includes the largest increase in teacher and staff hiring, an enhanced screening and masking policy, and the highest investment in ventilation improvements,” Lecce said. “In advance of a return to class, the government will also be implementing province-wide targeted asymptomatic testing, more comprehensive screening protocols, and mandatory masking for students in Grades 1-3 and outdoors where physical distancing cannot be maintained.”

“We will continue to review our plan and ensure it provides our schools with the latest safety measures and protocols so our students and staff have maximum protection,” Lecce added.

“We have heard that the Ministry of Education intends to improve screening, we have heard that the ministry is considering additional testing programs for schools. In some parts of the province schools have already re-opened, but I’m not aware of whether or how these enhancements have been operationalized,” Chittle said. “I am not aware of any commitment from the ministry to fund the reductions to bus occupancy and class sizes that would permit optimal physical distancing on buses and in classrooms.”

Chittle’s request to the board was to get them to use their powers of advocacy. She said that the government needs to clearly communicate the details about the plan for schools to re-open, along with the potential risks and benefits.

“We must also acknowledge that the costs of keeping schools closed are not borne uniformly,” Chittle said. “School closures adversely impact some children and families more than others. Racialized community members and those with less wealth are disproportionately burdened, and urban and rural residents may be affected differently too. Prolonged school closures widen existing inequities.”

At the Upper Grand District School Board, Chittle found a receptive audience.

“I’ve lost a lot of faith in our government, and you’ve really laid out what the government should be doing,” said Trustee Mike Foley. “I thoroughly support your idea and letting the government know that more needs to be done on behalf of our students and staff.”

Foley’s colleague Mark Bailey brought forward a motion to direct Chair Martha MacNeil to send a formal letter to the Ministry of Education and Members of Provincial Parliament for the area covered by the Upper Grand Board about getting direction on when schools will be open, and what safety protocols will be in place when they do.

“We’re being told that schools are going to stay closed but that they could re-open at any time, and as a result, it just doesn’t allow for any long-term planning by either our communities or our educators to make solid decisions around, childcare, home life, and remote learning,” Bailey said.

“What we’re asking for his concrete criteria for the re-opening of schools,” added Trustee Linda Busuttil.

“Giving me the criteria with only three days notice is not helpful,” saod Trustee Robin Ross. “These short timelines is something that should be part of our request for information so that people can plan more than two weeks ahead.”

The motion was passed unanimously by the board.

Right now, virtual learning will continue for the Upper Grand District School Board and other southern Ontario schools until February 11. In-person classes were supposed to start this past Monday, but Wellington-Dufferin-Guelph Medical Officer of Health Dr. Nicola Mercer pre-emptively extended virtual learning before the formal announcement from the Ministry of Education.