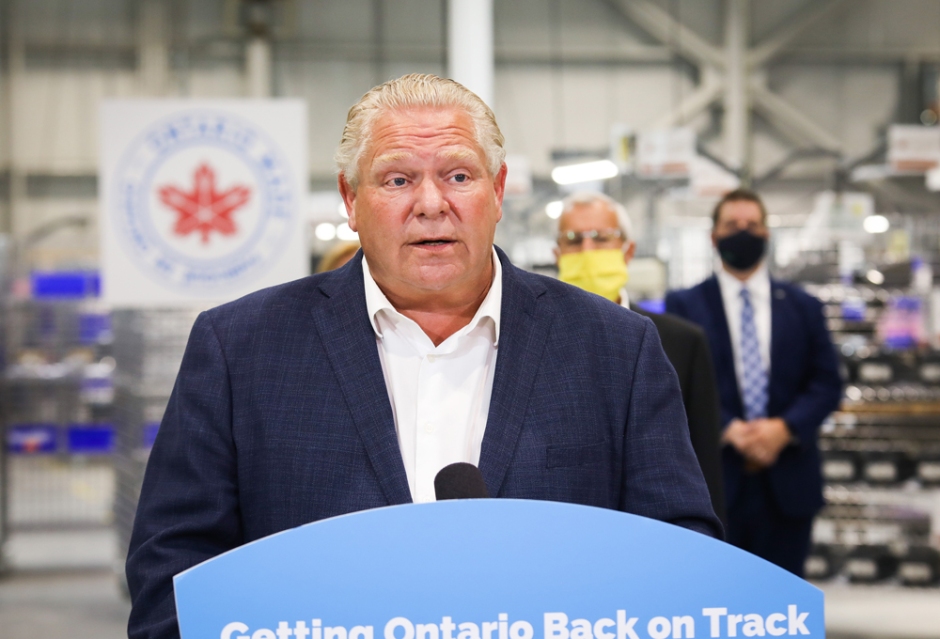 The Progressive Conservatives were elected by Ontarians over two years, which puts us more than halfway through their mandate. Things have changed a lot in those last two years, but the one thing that hasn’t changed is that the PC government under Premier Doug Ford doesn’t want you to see the mandate letters issued back in June 2018.

Last month, a three-judge panel ruled that an order from Ontario’s information and privacy commissioner to disclose the mandate letters was reasonable, and dismissed a judicial review on the subject brought by the Government of Ontario. The mandate letters are typically issued to cabinet and other officers at the beginning of a new government as a way of outlining the goals and responsibilities for each department.

On Tuesday morning, according to reporting by the CBC, the Ontario government is now taking that panel’s ruling to the Ontario Court of Appeal, which will further delay the release of the mandate letters.

“They got slapped down by the privacy commissioner himself, they got slapped down by the Divisional Court, now they’re going to the Court of Appeal,” said James Turk the director of the Centre for Free Expression at Ryerson University. “It’s a total waste of taxpayers’ money, but apart from that, it’s a total denial of the kind of transparency that’s necessary in a democracy.”

The government’s argument was that the mandate letters address “important public policy of cabinet confidentiality, which is essential to the proper function of good government,” citing the precedent that cabinet communications are saved from public disclosure to allow for a free flow of debate. Former information and privacy commissioner Brian Beamish countered that the letters do not reveal deliberations of cabinet, but were the end product of the premier’s own deliberations.

“There is no persuasive evidence or argument before me that disclosure [of the letters] would give rise to a chilling effect on cabinet deliberations,” said Beamish in his 2019 decision on the matter.

The case was dismissed in divisional court on August 27, and the Ontario government was ordered to pay $17,000 in legal fees along with the release of the letters. The CBC filed an access to information request for the mandate letter last fall, and that case is presently in adjudication.

Guelph MPP and Green Party leader Mike Schreiner said in a statement that the Premier is desperately trying to avoid transparency, and the move to continue court action was a “major red flag.”

“Even after being slapped down by the courts, Doug Ford is going to the next level to conceal his agenda from the people of Ontario,” Schreiner said. “An honest government for the people would have no reason to be this cagey about what it is trying to achieve.”

Ford was asked about the court ruling on mandate letters at the media availability at Linamar in Guelph on Tuesday. “I can’t comment on front of the anything in front of the courts,” Ford said. “So when that happens, we’ll make a comment when that comes around.”