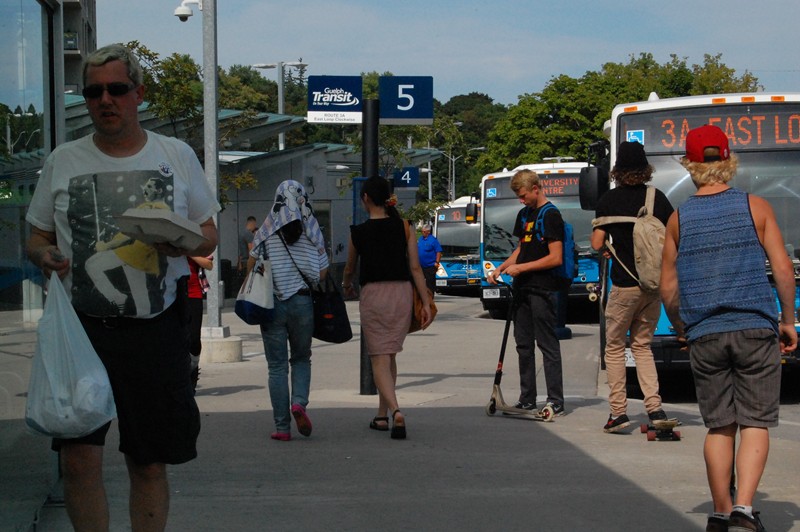 It’s been an interesting year for transit and transit enthusiasts in the Royal City. A lot has stayed the same, there’s been some signs of changes coming, and there’s even been a few changes made, but what about the bigger picture? Are we more confident about the exciting transit future of Guelph, or are we more pessimistic?

Good questions, so let’s recap the year in transit. It began with the 12 recommendations from the Transit Service Review, which were unanimously received by council, and began to be adopted by Transit. At nearly the same time, the City began collecting public feedback for the Transportation Master Plan, which included two experiments in creating “complete streets,” like a transit-only lane on Gordon Street. It seemed like the City was on a brand new page when it comes to transit.

But nice things aren’t built to last, and by the time we got to this year’s budget process, some members of council began to crack on their commitment to expanding transit. A new route that services the Hanlon Creek Business Park, and an additional bus for expanded service on the community bus routes, were called into doubt when a few councillors balked at the price. The new routes were approved, but when will they go into effect, and what happens with the next expansion?

This week on the podcast, we’re going to recap the year in transit with two members of Transit Action Alliance of Guelph, or TAAG, Chair and President Steve Petric and Treasurer Barbara Sim. They will look at the year in review, consider the return of the “needs versus wants” debate during the budget process this year, and whether TAAG thinks that council is serious about getting serious on transit. We also talk about their hopes about the Transportation Master Plan, the City’s experimentation with complete streets, and the coming arrival of the reloadable tap and ride card.

So let’s talk again about transit issues with TAAG on this quarter’s edition of the Transit Pass, which is this week’s episode of the Guelph Politicast!

You can learn more about the Transit Action Alliance of Guelph, or TAAG, at their website. TAAG will return again for another Transit Pass sometime in the spring.