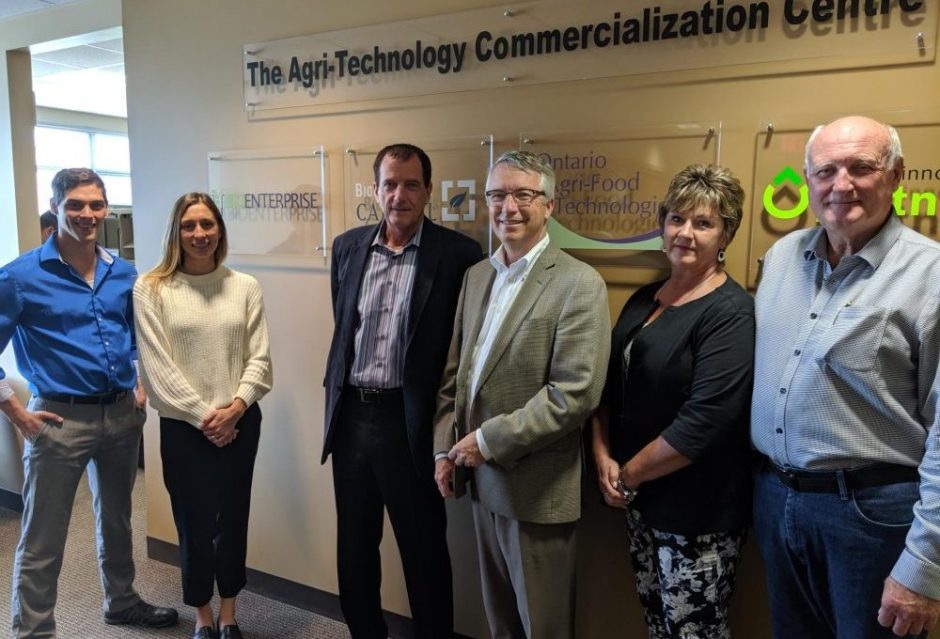 On what turned out to be Election Eve, Guelph MP and Liberal candidate Lloyd Longfield offered $6.3 million in funding for the Bioenterprise Corporation to create an agri-food hub in southern Ontario. The idea is to turn the business accelerator on Research Lane into a “virtual network” to support over 200 growing ag-businesses in Guelph and the surrounding area.

“Bioenterprise Corporation is a great example of an organization that is assisting the local economy through smart, collaborative partnerships,” said Longfield in a media statement released Tuesday morning. This project will create a single point of access to quality resources that will help agri-food businesses scale up and help Canada to remain at the forefront of agri-food technologies.”

The $6,296,000 is a contribution to FedDev Ontario, which is designed to “deliver programs and services to support innovation and economic growth in southern Ontario.” FedDev is part of the Minister of Innovation, Science and Economic Development portfolio of services.

“The Government of Canada is proud to support organizations, like Bioenterprise, that are working to strengthen the innovation ecosystem across southern Ontario,” said the Minister of that department, Navdeep Bains. “The creation of a new agri-food hub is an important step in supporting our homegrown companies, which are vital to the economic success of this region. This project will strengthen a key sector in southern Ontario and will lead to good quality jobs for Canadians.”

So let’s understand what this funding is, why it matters, and who it goes to.

Question #1, what is Bioenterprise? According to its website, it’s “an award-winning, national, non-profit commercialization accelerator, supporting the growth of Canada’s agri-tech industries.” Meaning? “We work with companies at all stages, to commercialize agriculture, agri-food and agri-product innovations.”

According to Bioenterprise, their funding comes from both public and private sources, including the National Research Council and FedDev Ontario. It was founded in 2002.

So what does this new money from the Federal government do? According to the Ministry’s media release, the nearly $6.3 million will go to creating “region-wide collaborative network” that will create one source of contact for agri-for companies to “scale up” their businesses. In business parlance, “scaling up” means, “adapting to a larger workload without compromising performance or losing revenue.”

So, this money will allow for already established start-ups to be able to access needed expertise, or mentoring, or capital, that will allow them to expand without having to engage with several different sources at the same time. According to the Federal government, Bioenterprise is expected to support up to 200 businesses, establish 30 new partnerships, and create and maintain up to 1,500 jobs in the region.

“There is a great need in the sector to provide easy access to resources for our high-potential companies to scale-up, develop and compete globally,” said Dave Smardon, President and CEO of Bioenterprise. “Bioenterprise is thrilled to continue our long-standing relationship with FedDev Ontario and our position as the leading resource across southern Ontario. This project will harness our collaborative partnerships in the region and showcase the impact of a unified agri-food sector.”

While that was good news for a Tuesday morning, but by Tuesday afternoon the word was out that the election would be called sometime on Wednesday.

According to the CBC, Prime Minister Justin Trudeau will be heading over to Rideau Hall in Ottawa at 10 am Wednesday morning to ask Governor General Julie Payette to dissolve Parliament, and officially begin the election. The move is symbolic since technically the House of Commons hasn’t sat sine the end of June.

Stay tuned for the deluge…