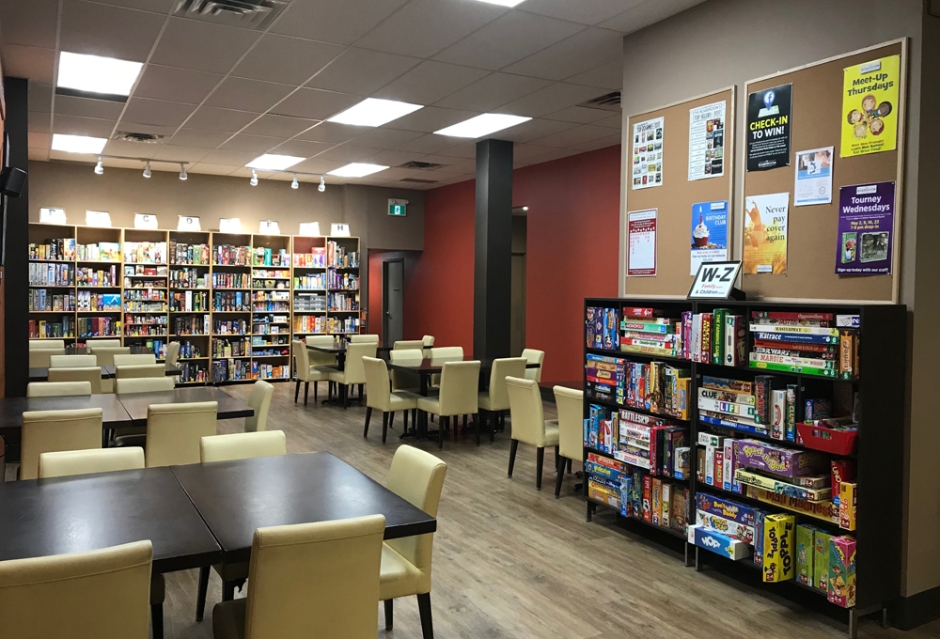 After a couple of months with its “For Sale” sign out, the Boardroom Cafe, which is (was?) owned by City Councillors Mark MacKinnon and Rodrigo Goller, seems to have found a buyer. If you know about the the Toronto-based Snakes & Lattes, then you will likely be pleased to know that they’re going to be opening up a branch location right here in the Royal City.

“After searching throughout the summer, we are thrilled to have found the perfect partner to take over our cafe,” said The Boardroom’s CEO, and Ward 6 rep, Mark MacKinnon in a media release.

“Snakes &Lattes is the ‘Gold Standard’ for board game cafes worldwide, and is the all-in-one model to which we have always strived. It’s a bit like working with your idol! We know that the community space we started will continue under Snakes & Lattes, and look forward to their expansion into our amazing city.”

Snakes & Lattes, which is owned by Amfil Technologies of Markham, presently has four locations, three in Toronto and one in Tempe, Arizona. “The Boardroom created something special in Guelph, and our team is excited to sustain its tradition of exceptional customer service and community involvement,” said Snakes & Lattes founder and President, Ben Castanie. “As our first Canadian Snakes & Lattes cafe outside Toronto, our new Guelph location will play an important strategic role as we continue our corporate expansion.”

MacKinnon and Goller announced that they would be selling their stake in the Boardroom in May so that they they might be able to focus on their councillor duties without worrying about the conflict of interest of being business owners in Downtown Guelph.

“With council’s plan to activate and open upper Wyndham and Baker Street for redevelopment in the coming years, we can no longer continue as owners of The Boardroom while performing our full councillor duties due to that pecuniary interest,” MacKinnon said.

“Working with Snakes & Lattes on this transition allows Mark and me to focus on our city councillor roles,” Goller added in today’s announcement. “Although we will miss everything that The Boardroom offered downtown Guelph, everyone wins with this arrangements and we couldn’t be happier.”

The Boardroom’s final day of operation will be on August 29, at which point it will shut its doors temporarily until November when the space will reopen as Snakes & Lattes.

The Snakes & Lattes chains offer 1,000 different board games for patrons that range “from nostalgia to the new and noteworthy; from trivia to dexterity; from party games to strategy games.” It also offers local craft beers and ciders, and a variety of unique menu items like their “famous” Nutella latte for coffee drinkers.

Snakes & Lattes claims to be the first board game cafe and bar in North America, and boasts the world’s largest circulating public library of board games.