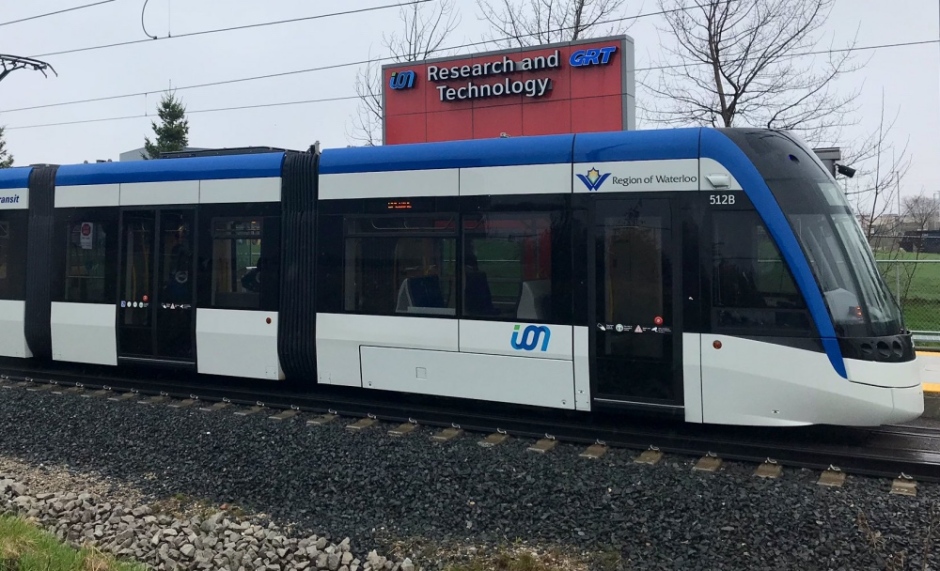 Travelling around the region via public transit is about to get easier. And harder. Especially if you’re a student. Check out all the details in this latest regional transit news.

ION is (Finally) Ready to Roll

After years and years of development, light rail service is about to begin in Kitchener-Waterloo. The ION will officially launch on Friday June 21 at noon, departing from Fairview Park Mall for its inaugural trip. To celebrate, passengers will be able to ride the ION for free for the first 11 days of service, including Canada Day.

Technically, this will fulfill the Region of Waterloo’s commitment to begin service in “late spring“, as the trains will start rolling about four hours before the official start of summer.

It’s been a long proverbial road for Waterloo Region, who approved the building of the LRT in 2009, even though construction didn’t really begin until a few years ago. The ION has been subject to many different delays over the years, most recently due to Bombardier missing deadlines for the delivery of the requisite 14 trains needed to run the system.

Next, the Region will look to expand the ION from Kitchener, and down into Cambridge. Those plans are still in development.

In the meantime, GRT will be announcing changes to their bus system on June 24 that will complement the commencement of the ION.

Despite a fleet of environmentally friendly and stylish vehicles, Wroute has ended its run back and forth between Guelph Central Station and Fairview Park Mall in Kitchener.

“Market conditions proved insufficient to support the operation, but we are confident with the right partnerships, regulatory environment, and continuing evolution of sustainable transportation, our goals and visions will be reflected in a brighter future for passengers,” said a statement on Wroute’s website.

Wroute was launched last September offering a ride share in an all-electric fleet of white Tesla SUVs between Guelph and Kitchener. In the new year, they started to expand their service to select areas in Waterloo and Cambridge including the Waterloo Region Airport, and the Conestoga campus in Cambridge.

Although Wroute had to cut both jobs and routes back in February, they were still trying to expand their service as recently as March, but it looks like it’s the end of the proverbial road for Wroute, and many are blaming the price-point.

Wroute had a price point of $17.50 for a one-way tip. All booking was handled though the website with credit cards, which may have been another barrier.

For now, the only way to get between Guelph and Kitchener on mass transit is the Greyhound from GCS to the Charles Street Terminal in downtown Kitchener, and the GO bus that requires a transfer at the Aberfoyle park and ride.

Despite the endorsement of the students at Conestoga, the Ontario government has pulled the plug on the college’s plan to get a UPass for their students to use public transit.

Last fall, 58 per cent of Conestoga students voted to approve a new tuition fee of $137 per semester for a universal bus pass through Grand River Transit. Presently, students spend about $292 per semester for a monthly bus pass at student rates, so the UPass would represent significant savings. Still, Conestoga Students Inc, the student government of Conestoga, was unable to reach an agreement with GRT, and thusly, the Ontario government has put the kibosh on the plan.

The Conestoga UPass is now subject to the Student Choice Initiative where students are able to opt out of previously mandatory student fees.

“We are currently advocating on trying to make the change. Nothing is being done about it but we’re still going to fight for the students because we are their voice. But as of right now, we are selling the GRT bus passes the way they are now, and that’s all we can do,” Scot Wyles, the president of the SCI, told the Kitchener Post.

University of Guelph students, meanwhile, can rest assured that their own UPass will be protected from the Student Choice Initiative. In a statement to the Guelph Mercury Tribune, U of G news service director Lori Bona Hunt said that it looks like the UPass is here to stay (for now). “Based on the new fees guideline, our bus pass will continue to be mandatory,” she wrote in an email.

For Guelph Conestoga students though their UPass is nigh not due to provincial interference, but due to disinterest. A pilot program was approved in the winter 2017 to extend the Guelph Transit UPass to Conestoga, but a City of Guelph staff report released back in March said that the CSI will discontinue the UPass program with Guelph Transit once the pilot ends in August.