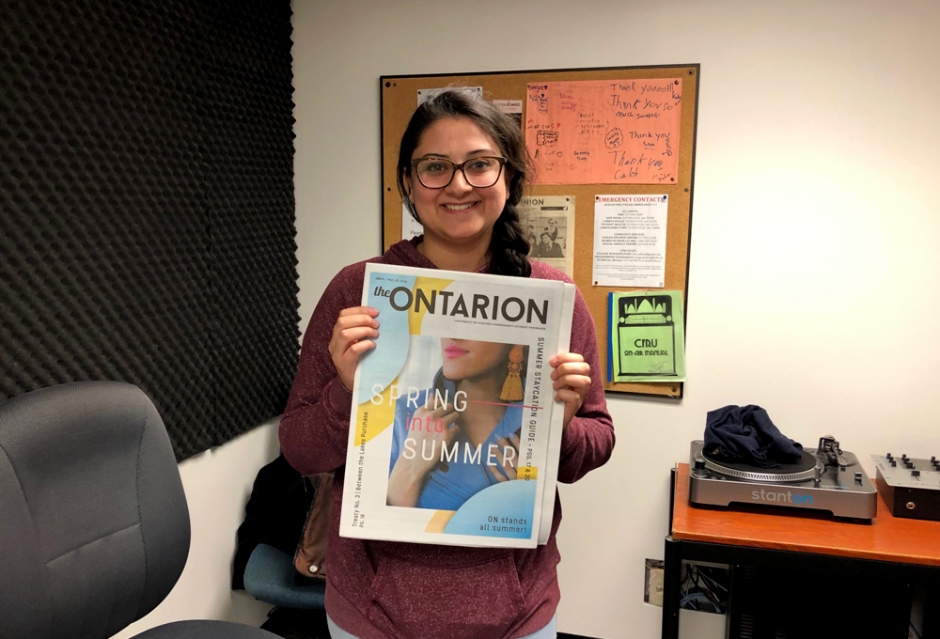 Nobody in the press likes being story, but the student press lately has very much been part of the story. The state of the media today is the story as we’ve seen with papers closing start-ups coming and going, and layoffs affecting the entire sector. The landscape is changing, and it’s changing rapidly, and not even the student media is immune from the shift.

At the University of Guelph this week, it’s The Ontarion that’s been making some news of it’s own as they’re going down to a monthly publishing schedule, and that comes after two months of concern about how the Student Choice Initiative will effect the paper’s primary source of income, student fees. Even the paper’s own unscientific poll says that only 57 per cent of undergrads will continue voluntarily giving the paper their $3.12 every semester.

It’s a storied legacy that the young people now running The Ontarion are trying to protect, one that started a dozen years before there was even a University of Guelph. There are a lot of people that gave been a part of that legacy over the years, and they have their fingers crossed that it can keep going, and maybe none more so than The Ontarion’s most recent Editor-in-Chief, Mirali Almaula. (Full disclosure: the host of this podcast was The Ontarion’s EiC during the 2007-08 publishing year.)

This week on the podcast, Mirali Almaula will talk about her tenure at The Ontarion, and how she thinks her and her staff reacted to the changes affecting the paper. There’s  also a discussion about where she thinks The Ontarion sits in the news diet of U of G students, and how recent events might have changed that. Plus, Almaula talks about what she thinks The Ontarion will look like five years from now, what she will be doing next, and what skills she’s learned that she’ll be taking with her.

So let’s talk about the changing face of the student press on this week’s Guelph Politicast!

The Ontarion will be back on newsstands at the end of August with its “Guelph 101” issue for new students, and it is always available online here.