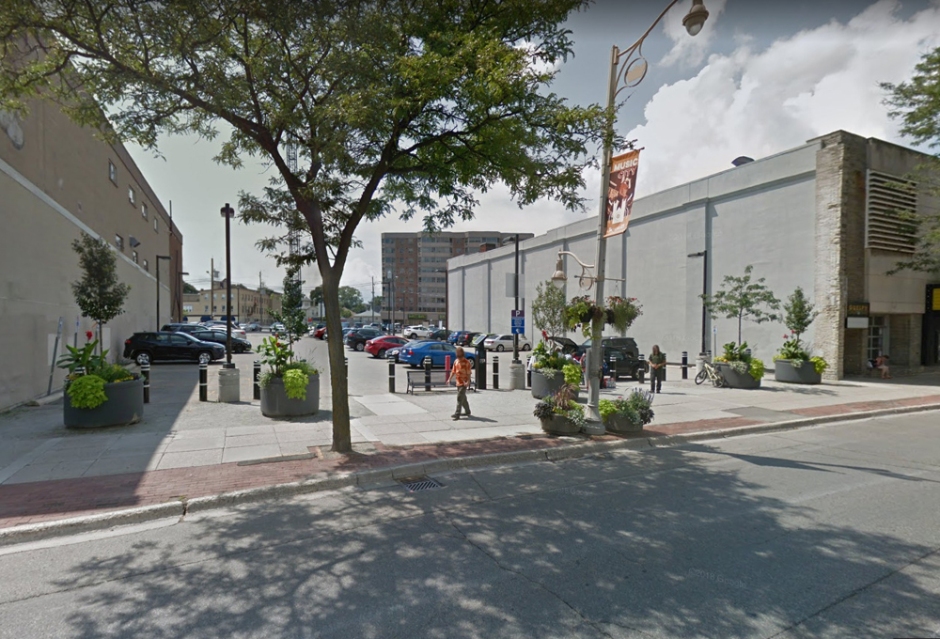 There are many people invested in the Baker Street redevelopment, a plan to revitalize what’s presently an underutilized section of the downtown core. A new main branch of the Guelph Public Library will be there, along with new commercial and residential opportunities, but if it’s seemed a long time in waiting for these changes, you’re right.

It was 10 years ago this week that Echo Weekly eulogized the end of the Family Thrift Store, the downtown fixture that drew the curio-curious, as well as the musically-inclined seeking new, independent, and upcoming musical acts. In 2009, after 16 years in business, Ray Mitchell had to face the facts that his store wasn’t long for this world.

City council had approved a concept plan for redeveloping Baker Street and Upper Wyndham in February 2009, but it was not without controversy. Yes, there was a global economic recession going on at the time, but on the micro street level, the whole west side of Upper Wyndham was put on notice that they would soon no longer be there. Council was charged with not thinking through the impact on the businesses and landlords there who were now be cast into a kind of limbo. They knew what was going to happen, but they had no idea when.

Mitchell’s Family Thrift Store ended up being the symbol of all that. Faced with an uncertain future, and pressure from the landlord, the store closed in Spring 2009, and it was with the expectation that things would move quickly with redevelopment of the area. Ten years later though, Baker Street is still waiting.

The following is the cover story from the March 5, 2009 edition of Echo Weekly.

Along the aisles of this store is a veritable haberdashery of knick-knacks and articles. A certain Echo columnist once completed his set of McDonalds collectable Batman Returns cups here.

But on this Thursday, you can walk past tiki heads, Buddha statues, convenience store candy racks, old sports jerseys, and stacks of VHS tapes and books. There’s no shortage to the treasures and oddities you’ll find at the Family Thrift Store on Wyndham; be it a valued record or some random guy’s head x-ray.

And that’s to say nothing of all the hundreds of people of limited means that have been assisted by the store since Ray Mitchell took it over 16 years ago. But now it seems increasingly likely that future generations will not have this resource to draw upon.

A council meeting on February 17th seems to have sealed Mitchell’s fate, and that of his store. The city approved the concept calling for the construction of a new 90,000 square-foot building face, the centrepiece of which is the new main branch of the Guelph Public Library. Open space, new parking and a re-development of Baker Street to include new commercial and residential space is also part of the plan.

“This concept for the Baker St. site offers upwards of 20,000 square feet of commercial space, mixed residential development a minimum of 400 public parking spaces,” said Peter Cartwright, Guelph’s General Manager of Economic Development and Tourism Services in a press release. “More details about the types of housing and the distribution of parking spaces will become clearer as we develop our project plan.”

Another aspect that isn’t clear is the timetable. For development to move forward, the four buildings currently sitting on the block – from the Cowboy Bar to the Old Post Office – will have to be torn down. But when? “Somebody should have been here Wednesday morning to give me a time frame, even if the time frame is ‘we don’t know for sure,’” says Mitchell. “At least I’d know, do I have a month? Do I have a year? There’s no common courtesy at all.”

What bothers Mitchell is not so much the city’s slow reaction to giving him firm deadlines to move out, but that they’ve know it’s been coming for a while now. “They spent a million dollars on a search process when they already knew where it was going to be,” says Mitchell. “They pretended that they were going through the process. […] Two years ago, they put a chill on this whole block and that’s why all the buildings are empty.”

Mitchell does have support on council though, despite the overwhelming vote of 10 to 2 for approval of the plan. The two were Ward 6 Councillor Christine Billings and Ward 4 Councillor Gloria Kovach. Amongst their concerns is the loss of commercial space and affordable housing units, as well as taking on the huge cost for construction in the midst of the global economic recession.

“Finance has not conveyed how we are going to pay for it,” explains Billings, who adds that she also has questions about the full extent of the downtown’s parking needs. “The downtown has on numerous occasions requested more parking than they have in the Baker St lot. This current proposal, with the number of residential units identified would not achieve this. When I asked staff at Council if there was enough parking, the response was that they didn’t know.”

“I fully support branch libraries and feel the main branch could use some upgrades, however we don’t need to spend $55 million, which will be over $70 million by the time their done for this project,” adds Kovach. “Council needs to be realistic when it comes to spending and realize what is happening economically and to our City.”

Economics are foremost on Mitchell’s mind, both the economics of losing the store that provides his livelihood, and the optics of the city’s desire to remold downtown into something more appealing to a certain type of resident. “What you’re going to get is a downtown full of rich people and the first thing they’re going to do is complain about the noise at night, and then there’s no more night life,” he explains.

Further, Mitchell accuses city staff of playing a shell game with the announcement of this important vote. “They weren’t even going to let us know about the meeting. They sent out the notice the Friday before the long weekend and we had about three hours to respond on Tuesday morning; we should have had at least two week. They’re really trying to keep opposition to a minimum.”

And the opposition is quite substantial. Mitchell not only donates furniture and other items to local charities, but he donates cheap studio space to local artists and musicians. Even the store itself has become an impromptu musical venue.

Right now, five University of Guelph arts students are using Mitchell’s space, and he considers it a worthy investment because every successful artist needs helping starting out. A fact that the bands Magic and the D’Urbervilles know all too well having owed a degree of their success to Mitchell’s graces.

“I’m only one person, so I won’t be the big loser in the whole thing,” says Mitchell. “It’s going to be my thousands of customers and the kids that come to the concerts and the artists that paint next door. They’re going to be missing me more than I’m missing them.”

Mitchell’s sanguine about his fate. On an above average busy day at the Thrift store the one thing on many of the customers’ minds is “What’s next?” The Guelph Downtown Business Association has said that they will assist businesses and tenants in finding a new location and moving costs, but looking out at the expanse of curios and furniture that stretch across two floors, one’s forced to wonder where such a space downtown can be found. The truth is, and Mitchell agrees, that it probably won’t.

Wyndham Arts Supplies used to be sandwiched between the Cowboy Bar and Family Thrift Store, but it moved across the road and down the street last Fall. Other store fronts on the block have been empty for over a year, with no new renters because of the perception that any store wouldn’t be operating on that site for very long.

Mitchell, and the other tenants that have stayed, now feel the pinch especially. “If I had a lease, they’d buy me out of the lease,” explains Mitchell. “But because the fix was in two years ago, my landlord hasn’t given me a lease in two years and now he wants to put my rent up because if it goes to expropriation he gets more money.”

Despite his steady business, and a grassroots effort for a reprieve, Mitchell sees the writing on the wall. “I’m completely screwed,” he says flatly, adding that the only compensation he could get is in the seemingly unlikely event he could find a new location for his store. In the meantime though, “My sales go down, my rent goes up and if I leave then he gets rent relief from the city because he lost his tenant. So at the end of the day he can end up with no tenants and more money.”

But what happens to the vast array of items in the actual store? “It goes to the dump or maybe a big free sale,” says Mitchell. “Or maybe we’ll get a chain gang together and take it all down to city hall and dump it out front. I’m not really sure.”