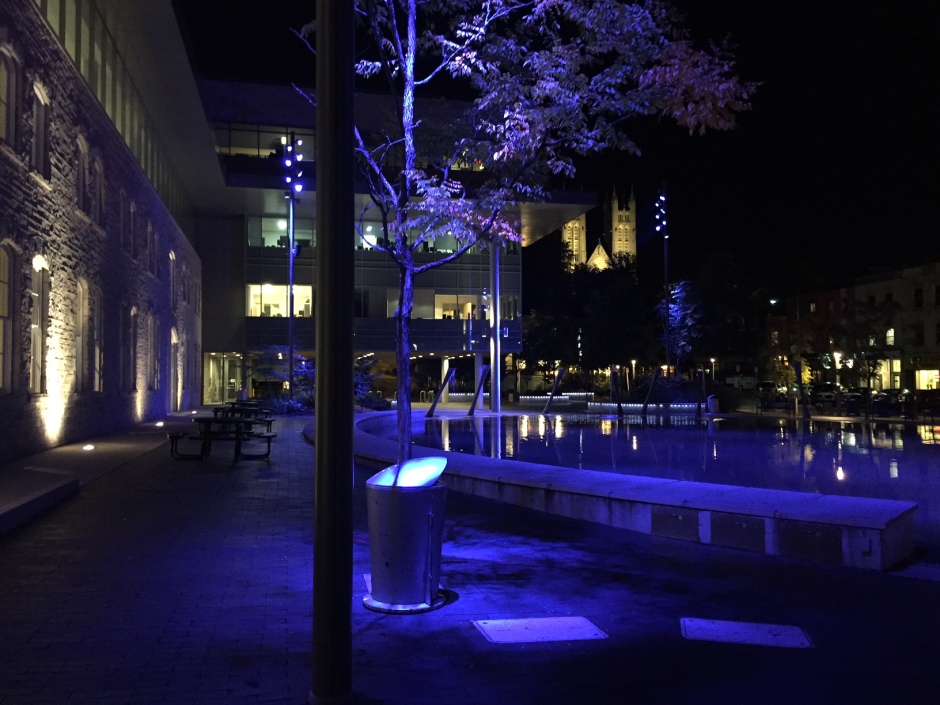 The last city council meeting before the October 22 election will feature the debate over the driveway bylaw suspension, a handful of heritage designations, and a return appearance by a whole host of your favourite high density developments from the last year!

IDE-2018.109 Decision Report 71 Wyndham Street South Official Plan Amendment and Zoning By-law Amendment (File: OP1703 & ZC1705) Ward 1 – This development originally came forward at the planning meeting last July, and there was some interest because the proposed development was a 14-storey apartment building. The bad news is that the building is still 14-storeys, but the good news is that Tricar will extend to the City a cash contribution to the acquisition of parkland downtown. Also, there will be two floors of commercial at the base of the building, while all 140 of the proposed units will be included.

IDE-2018-114 Decision Report 89 Beechwood Avenue Zoning By-law Amendment (File: ZC1706) Ward 3 – Another blast from the past, this proposed development originally called for the construction of 12 stacked townhouse units (end units) and 22 cluster townhouse units for a total of 34. Some fairly negative feedback at that planning meeting last September though has led to the downsizing on the project. Instead, the property will host 23 townhouses, 7 two-storey on-street townhouse units and 16 three-
storey stacked townhouse units.

IDE-2018-111 Decision report 98 Farley Drive Zoning By-Law Amendment (File: ZC1711) Ward 6 – The initial application came forward in March, and it featured a proposal for a five-storey apartment building with 92 units. Instead, the revised development is six-storeys, and will have 93 units, but it will be shorter.

IDE-2018-112 Decision Report 233-237 Janefield Avenue Official Plan and Zoning By-law Amendments (File: OP1702/ZC1702) Ward 5 – This is round three for this development at city council. Following meetings last July and this past May, the size of the project has been rounded down again, and it now sits as one 10-storey building, one eight-storey building, and a two-storey portion that connects the two for a total of 165 units.

IDE-2018-122 221 Woolwich Street: Notice of Proposed Amendment to Designating By-law (1992)-14065 pursuant to Section 30.1, Part IV of the Ontario Heritage Act – Owned by members of the Howitt family for over 100 years, and a great example of the work of renowned 19th century Guelph architect John Hall, 221 Woolwich, and its grand example of Victorian period architectural style, is getting an upgrade to its Heritage designation.

IDE-2018-126 Sign By-law Variances for 1467 Gordon Street – The Price Team Mortgage location is looking to install two new signs (non-illuminated) on the second storey of their building on Gordon St.; one will face an adjoining property, and another will face the road itself. Staff is recommending that council rubber stamp both signs.

IDE-2018-129 Staff Response to the Motion titled “Review of Section 4.13 of Guelph By-law (1995)-14864” regarding Driveway Width Regulations – This is likely the item that’s going to get the lion’s share of the attention, Councillor Dan Gibson’s motion to suspend enforcement of certain provisions of the zoning bylaw while the full bylaw review takes place. Included in the agenda for the meeting is staff’s recommendation for the motion, and to make a long story short, they don’t think it’s a good idea to stop enforcement until the review is complete over the next two or three years.

So why a no go on the suspension? The reasons are many. For instance, the temporary suspension might recreate problems the bylaw was created to mitigate, residents may read the suspension of enforcement as a retraction of the bylaw, there’s been no formal community engagement on the matter, and the bylaw review may not return a decision to change this particular bylaw, resulting in a “backlog” of enforcement. There are also legal matters to consider, including the fact that the prosecutions that are already before the court will continue.

Staff considered a number of possibilities including limiting the suspension to a specific area of the city, allowing a process for individual neighbourhoods to request a suspension, the allowance to petition for minor driveway variances to the Committee of Adjustment, and the possibility of a privately initiated by-law amendment application for a group of properties. In the end though, continuation of complaint-based enforcement “represents the best balance of Risk vs Benefit.”

4 thoughts on “City Council Preview – What’s on the Agenda for the September 10 Meeting?”

Things were a little more fractious at this week’s gathering of COVID skeptics at City Hall. Having media on site was a little more, shall we say, controversial. Story coming soon to Guelph Politico.
Look who was back in #Guelph today: Ontario Liberal leader @stevendelduca. He has beef with the Ford government, and an article will be coming soon to Guelph Politico. Stay tuned.
Happening soon: @mayorcamguthrie and @wdgpublichealth officials will discuss the conversion of this hockey pad in the West End Rec Centre into a vaccination clinic with the media.
So a quick update about the anti-mask event in #downtownguelph today: half the announced speakers were no shows, but Death stopped by for a minute. Local angle saw the mayor and the CAO get accused of being pawns of the UN, but it was as all par for the course. Working on a Politico post about it all.
Happening now: an anti-mask gathering is warming with shouts about hugs and smiles in downtown Guelph. Stay tuned for more.
Looking for a good cause this #givingtuesday, why not local journalism? https://guelphpolitico.ca/2020/12/01/please-support-local-news-and-journalism/