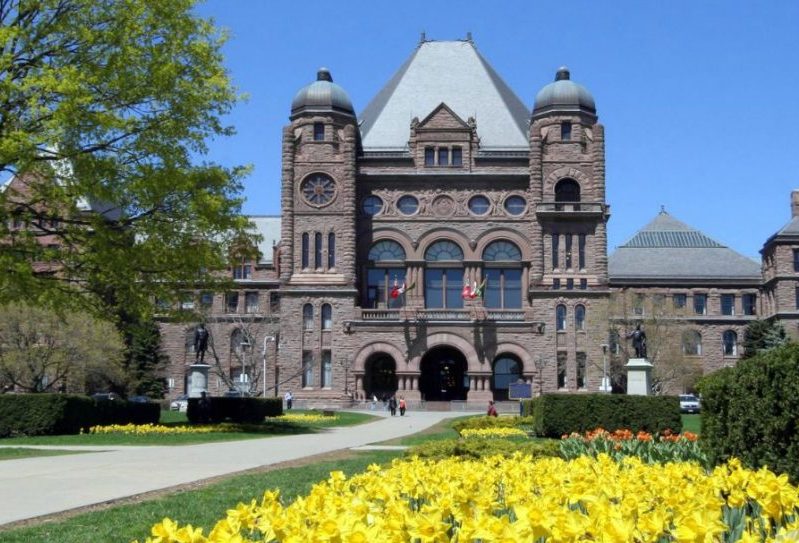 The provincial election is about 100 days away, but that hasn’t stopped what’s been a very busy Friday on the Queen’s Park beat so far as Guelph is concerned.

Let’s start with the most out there of all news: might Progressive Conservative leadership hopeful Christine Elliott be considering a run in Guelph? According the Guelph-Humber Post, a background source revealed to them that the Guelph PC Riding Association had reached out to Elliott to run in the Royal City. There’s no word on whether that’s contingent on a successful leadership campaign. Elliott is one of three people in that race so far including for Toronto councillor Doug Ford, and former-Wall Street banker Caroline Mulroney.

If Elliott did run in Guelph, it would be quite the shift for her as she sat as the MPP for 10 years in the ridings of Whitby—Ajax and Whitby—Oshawa in the eastern end of the GTA. Running in Guelph would also put in her in direct competition with another provincial leader, the Green Party’s Mike Schreiner, so far the only declared candidate for the riding of Guelph.

As for the Guelph PCs they’ve been mum on potential candidates, although they say are be a pair of nominees for the party to choose from. Safety inspector Thomas Mooney made news last summer when he dropped out of the race over the controversy regarding party interference in local nomination races by the now ousted PC Party leader Patrick Brown.

As for people who are definitely in the race, the Guelph Liberals announced this morning that Guelph-Wellington Women in Crisis executive director Sly Castaldi will be acclaimed as their candidate at a nomination meeting later this month. Castaldi will endeavour to carry on the Liberal flag in the Royal City with the imminent retirement of Liz Sandals, who has served as Guelph’s MPP for 15 years.

“This work for me has always felt like a calling, to do good public service work. This actually feels just like the next step for me, to do it on a bigger scale for the entire community,” Castaldi told Guelph Today. This will be Castaldi’s first run at public office after serving as ED of Women in Crisis for nearly 14 years.

But as Castaldi gets ready for her run here, Green Party members from all over the province have descended on Guelph to take part in the Policy and Training Convention at the Delta Hotel and Conference Centre on Stone Road this weekend.

Schreiner will be be giving the keynote address on Saturday afternoon, but a number of other high-profile politicians and activists will be taking part over the weekend. Peter Bevan Baker and Hannah Bell of the P.E.I. Green Party will be speaking Saturday night, B.C. MLA Sonia Fursteneau will be speaking on Sunday (via Skype) and the rest of the weekend will be full of panels and activities meant to get Greens from across Ontario pumped for the campaign to come.

“Our theme for 2018 is People Powered Change, because we really do politics differently in the GPO,” said Schreiner in a press release. “Our priorities are the economic and environmental concerns of people, their communities and local businesses. Our goal is to put people first, unlike the status quo parties who seem to report to high-paid lobbyists and well-connected party friends and insiders.”

Guelph Politico will have some coverage from the convention throughout the weekend.