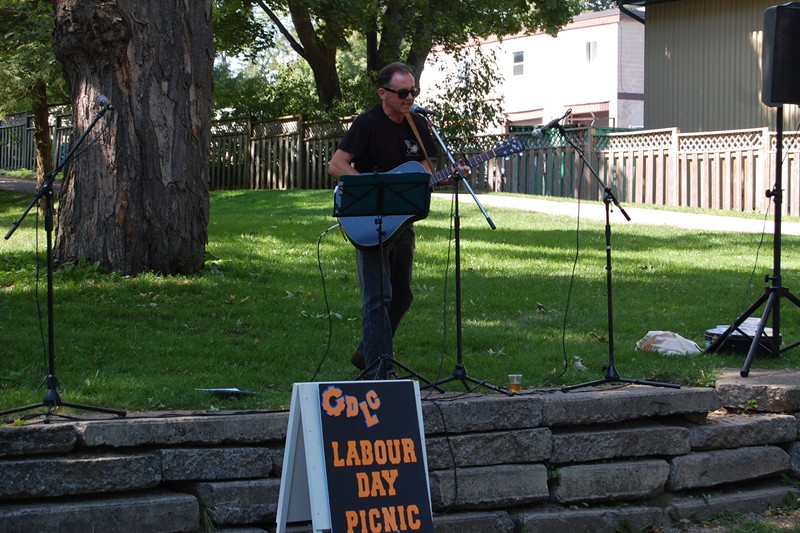 This past Monday was Labour Day, and let’s face it, sometimes in the rush to enjoy the last long weekend of summer, we forget that there’s a story behind it, a long history of workers standing up for their rights, often with an organized union having their backs. These aren’t the best of times for unions, but as you’ll learn from this Guelph Politicast, they’re are also far from the worst. Yet.

This past Monday, I was invited to go down to the Guelph and District Labour Council Labour Day Picnic at Riverside Park, and talk to various union leaders representing a great many workers in the City of Guelph. No word on attendance, but over 600 hot dogs, 250 samosas and countless snow cones were consumed in celebration of the working man and the working woman. It got me wondering though, in this day and age, where just 15.9 per cent of private sector jobs are union (versus over 70 per cent of public jobs in the public service), what do unionized workers have to celebrate?

This edition of the Politicast is more of a round robin. Two by two, I talk to local labour leaders about local labour issues. City workers, University of Guelph workers, firefighters, transit drivers, and Catholic and elementary school teachers are all represented. We talk generally about the current conditions for organized labour, but we also talk about union-specific issues, like how the teachers are still feeling burned from last year’s negotiations, or how the firefighters are still negotiating a contract that expires in four months, and how transit drivers have weathered this summer of discontent on city buses

So we’ll just leave that there, and dig into this week’s Politicast, Live – ish – from Riverside Park!

Keep up with the Guelph and District Labour Council at their website. And special thanks to Gundi Barbour (UGETFO), Mark Bernardino (OECTA), Liz Cherry (USW), Andrew Cleary (ATU), Janice Folk-Dawson (CUPE), and Colin Hunter (GPFA) for taking time out of a very busy picnic to talk about labour issues!