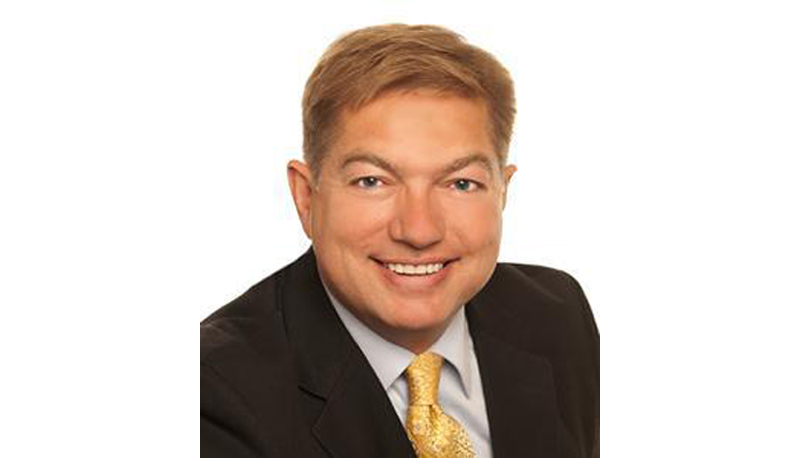 Like many candidates, Greg Schirk’s pride and dedication to the Royal City comes from spending most of his life as a Guelphite. He grew up in Guelph and then studied carpentry and broadcasting at Conestoga College. Career-wise, Schirk is a licensed glazier metal mechanic and has a successful career selling energy efficient window and door products to home owners and property managers.

It’s a green business, and that Schirk takes pride in the fact they do it on their own without government subsidies. Obviously, Schirk is a fiscal conservative, and his run for Ward 4 is his second turn on the ballot after running for the local Ontario PCs in 2011. He says his focus will be on on improving core services and maintaining our city’s infrastructure while carefully ensuring you get the best return on your tax dollars.

On his website, Schirk says he’s “committed to eliminating wasteful spending at City Hall and easing the tax burden on hardworking Guelph families.” And now he takes a few moments to answer the Guelph Politico candidate questionnaire.*

*Please note: Schirk delivered his questionnaire orally, and it was then transcribed by myself.

In Ward 4 Gloria Kovach is stepping down and Cam Guthrie is running for mayor, since I live only a few feet from the border and I wanted to make sure they had good representation. I believe in public service and its a chance for me to contribute to our community.

There is a lot of growth. We also have a lot of industry up here, and it really was the bread basket of Guelph for a while. Now it’s Linamar country, but it still employs a lot of people, a lot of commercial activity, so we have to pay attention to that at city council. Obviously if we want to bring more business to Guelph, and expand our regional links, that’s where a lot of it’s going to happen. It’s a relatively new area, some of the homes are less than 30 or 40 years old. When I was a kid, there was a gravel pit along Paisley Rd. where the liquor store is.

I’m not sure about a letter grade, but my main issue is with how they’ve spent money and what their priorities are. When we’re spray-painting the sidewalk as discontinuations instead of actually budgeting to rebuild them, I find that frustrating. I think we have to concentrate on the infrastructure in this city and make sure the streets are ploughed, that people’s garbage is collected, and that people can get around. Although the city’s done some positive things, there’s still a lot of things that need fixed like morale. I know they’re in the middle of an operational review right now, but they’ve been talking about that for a while. I was at a home builders meeting a couple of weeks ago, and a past president said to me that he remembers going to the city to ask the planning, building, environment and engineering department about ways to get their work done faster. They’ve been talking about it for years, they’re still talking about it, so it’s time for some action. I think they’re focusing on the wrong things.

Again, it’s priorities. We obviously have to build up our reserves now, certainly after our “settlement” with Urbacon. When people see an egregious waste of tax money like that, or the composting plant because its not at capacity and it costs so much, they see that as a distraction. We just can’t be funneling money away from core services like roads, or storm water management. There’s a lot of infrastructure that needs to be upgraded first, that’s were the money has to go, that’s where we have to concentrate it, and if there’s money left over, we have to come up with innovative ways to fund things that may not be essential. For example, Dr. Winegard is raising money for a John McCrae statue. I think it’s wonderful to go into into the community to find people that want to put money towards something rather than foot the bill 100 per cent. I think tax dollars are forced from everybody, and we need to spend that money wisely on things that benefit everybody. I think we need to focus on the nuts and bolts in the city.

We’re not necessarily at the point of cutting anything, but I would really like to sit down and see the make-up of the budget and I’m really excited to see the make-up of the new city council because I hope it will be a little more even in the back and forth, as what we have right now, there’s an imbalance. I think there are better ways than raising the city’s taxes, other ways to petition other levels of government to chip in for certain things like storm water management. But I think we need to prioritize what we spend our money on.

Right now I think we’re running into problems with traffic in Guelph, certainly with the construction that’s going on. But I think moving people around the city, whether its transit, or better traffic designs is important. In Ward 4, we have real issue around 3 ‘o’ clock down the west end when some of the factories let out; Imperial Road and Elmira Road are just clogged, it’s gridlocked with a lot of people trying to head out of town to Cambridge or that area. I think we need to get people around faster, obviously transit needs some work. Again, I think looking at the core services, those are things we really need to provide and improve on. This past winter it was tough to keep the roads clear, it was a tough winter and I understand that, but it really hit people hard too with how bad it was. We need to do a better job with that. As for a new library, we already have a library [in Ward 4] at the West End Rec Centre, and right now, door-knocking, people don’t see a need for that. We also need to increase the tax base; it’s 16 per cent business, 84 per cent residential. We need to fix that, it should be 40 per cent business and 60 per cent residential.

After the mayoral debate, I left city hall and went to pick up my daughter but I had a couple of minutes to kill so I went into Pierre Poutine and there was a transit driver sitting their waiting to go to work, so I said, “Hey, what would you do to improve Guelph Transit?” And it was a good conversation, and I wouldn’t want to get her into trouble, but she complained about the consultant that changed all the routes. I’ve been talking with a lot of drivers, opening lines of communication, these are the people that drive the buses, these are the people that know what’s going on out in the street, they need to be involved. At least we need to hear from them. This lady was saying that sometimes they would come to work on a Monday, and their route would be changed and they hadn’t been trained on that new route. There were times when supervisors wouldn’t let them have a bathroom break. There’s some pretty basic stuff, and the process would be a lot easier if we actually listen to the people driving the bus. They’re the best source to tell you where the kinks need to be ironed out.

I answer my own phone, I want to talk to people, I want to be accessible. A few people send me e-mails through my website, now some of these come from special interest groups, but I answer everybody, there were a couple of surveys I got that I didn’t answer because in my opinion they almost kind of trap you in either accepting or refusing their ideals. There are certain groups that want to twist your words, but if its a constituent absolutely! E-mail me, I’m accessible. Call me anytime. I’m in sales so I’ll answer the phone pretty much any time of day.

I voted online! I still have concerns about security, we have security breaches all the time, like the access to credit card information taken form big corporations that are supposed to be secure, that kind of concerns me. But you know what? Let’s go for it, and let’s try to get more people out to vote.

Customer service, both internally and externally. Transparency. The people of Guelph have to get as much information as they can about how their money is being spent and how their money is being handled. We want to make sure we see how every dollar at city hall is spent because I’m not quite sure we’ve been getting that the last eight years. I was looking at one of Karen Farbridge’s pamphlets from 2006 where she’s promising transparency and to end red tape, and that past president of the Home Builders association pointed out that we’re still talking about that. Sorry, but I find that frustrating. The other thing is respect too. When we have one councillor calling another councillor a name, it tarnishes the horseshoe. I think we really have to focus on issues, and have respect amongst the councillors and have them respect the staff. One of the things that jumped out at me in the draft report was that almost everyone interviewed said that councillors were the ones making Guelph tough to deal with, and they were getting a little too involved in the day-to-day activities of staff, and that’s not their mandate, they should be going through the CAO.

Under the municipal act, council is allowed to set priorities and tax the people of Guelph through property taxes. But I think the best thing we can do is handle that money responsibly, provide safe streets and the social services we’re supposed to proved, do that as efficiently as possible, keep the street lights on so that people can get around, and keep this a safe and vibrant community. That’s what councillors are supposed to do, to lead this city and make sure we’re doing everything we need to do.