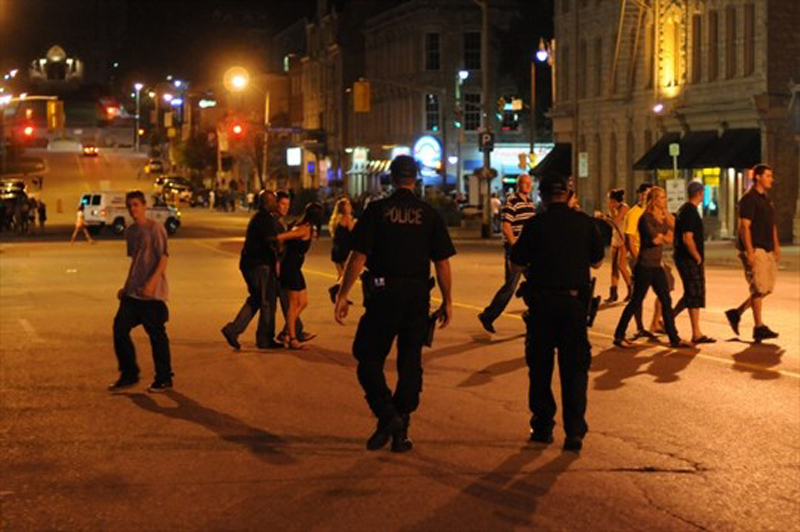 From some it’s a return to normalcy, for others its the deafening end to a precious few months of peace and quiet. However you see the start of a new school year, it’s beginning again this weekend, and the city is responding to the influx with the implementation of the Safe Semester Program. Taken for a test drive last year and deemed a success, the program makes a comeback with one small change, and the hopes that the weekend flock to pub row downtown is run as smooth as humanly possible (given that many of those humans are deeply inebriated).

The project is designed to create a safe and enjoyable environment for downtown patrons including the influx of students who settle in Guelph each year.

“With the start of each new school year, we see a significant increase in activity in our community,” says Deputy Chief of Police, Jeff DeRuyter. “In response to the increased demand for service, Safe Semester was developed with our partners to make this busy time of year a safe and positive experience for our citizens.”

The task force — which includes representatives from the City of Guelph, Guelph Transit, Guelph Police Service, Downtown Guelph Business Association, University of Guelph, the Downtown Residents’ Neighbourhood Association and several downtown businesses — is working to reduce conflicts between pedestrians and drivers getting in and out of downtown on weekends, and to prevent littering, public urination and other nuisances.

The program will run every Thursday, Friday, and Saturday night until September 28.

What to expect downtown on weekends

“We hope the Safe Semester project will prevent collisions and increase safety for those walking and driving downtown,” says Allister McILveen, Guelph’s traffic and parking manager. “We want everyone to get home quickly and safely at the end of the night.”

Cars parked on the closed sections of Macdonell Street and Wyndham Street after 11 p.m. will be towed and impounded at the owner’s expense. 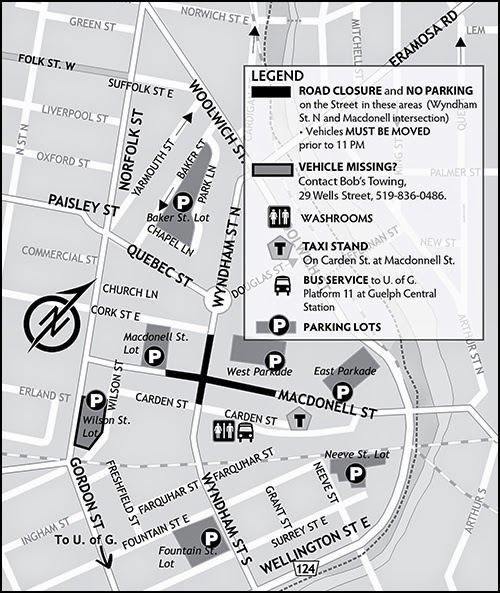