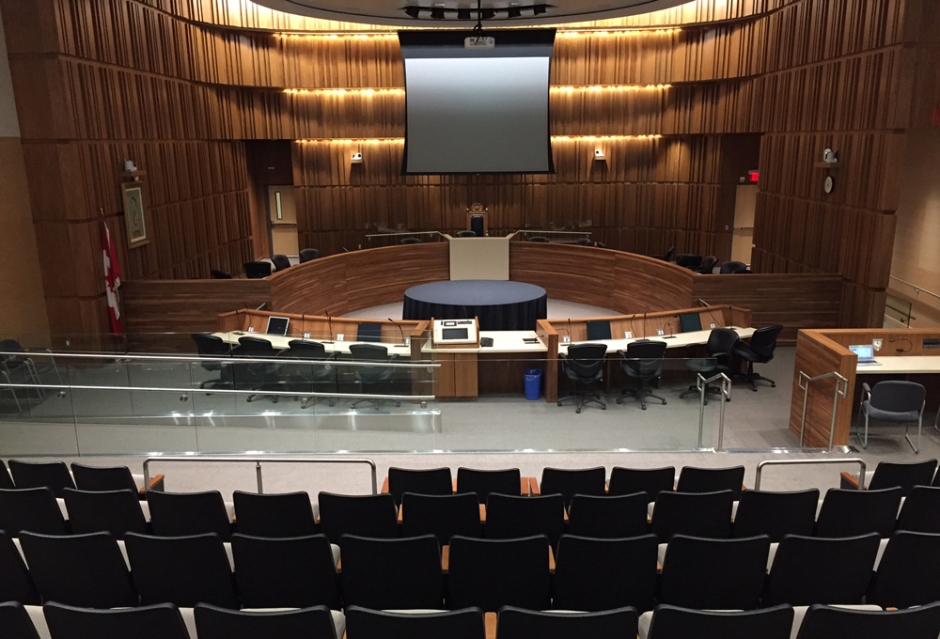 In the midst of much fanfare and celebration, the new Guelph City Council took their seats this week in a special inaugural ceremony. But it wasn’t all smiles and sunshine as Mayor Cam Guthrie warned about trouble ahead along with some difficult decisions need to be made. Let us know recap what was said at this first meeting of the term, and and the special public rehearsal for that first meeting that took place hours beforehand.

Before the official first meeting of the new city council in the evening, they had a mock council meeting in the morning. But more than a mock meeting, City Clerk Stephen O’Brien took the opportunity to inform council about their roles, responsibilities, and the rules they will have to govern by.

The topics covered included Access to Information and privacy policy, the Code of Conduct, Conflict of Interest policy, the role of the Integrity Commissioner and the Ontario Ombudsman, and the governance model at the City. It’s an interesting primer on how City council works, so if you would like to learn more, it’s worth checking out the meeting materials.

After learning the ropes, the new council got to put the ropes into practice with a mock council meeting, which was mostly about getting everyone acquainted with the new virtual voting system that will now be used at meetings. In one interesting fake motion, council approved a colour change for Guelph fire trucks from the staff recommended red to sparkly rainbow. (Guelph Fire Chief Dave Elloway was monitoring and apparently friendly to the idea.)

Shortly after noon, the new council rose until the evening’s festivities. 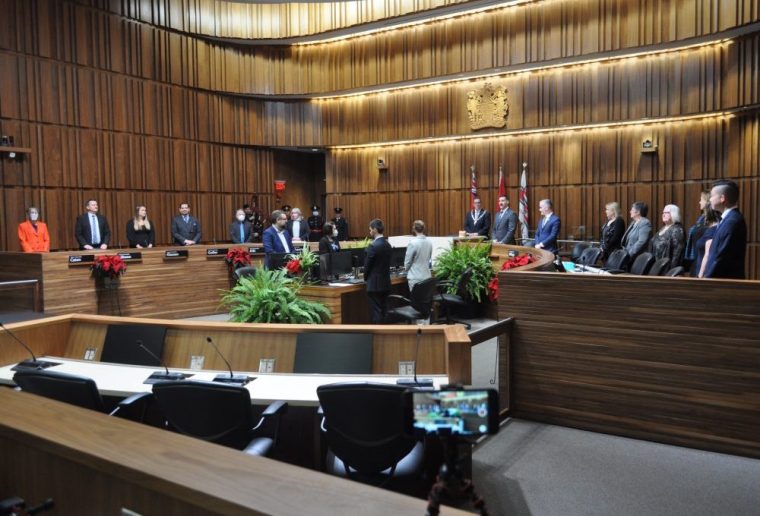 At the appointed time, the new Guelph City Council was piped into the chambers, and the 13 members took their new positions around the horseshoe. Everyone was sworn in by City Clerk Stephen O’Brien, who then turned over the meeting to the newly installed Mayor Cam Guthrie.

In his inaugural speech, Guthrie congratulated new and old councillors, and thanked his family, his team, and the people that voted for him. He pledged that this council will be available, transparent, and ready to hear any and all ideas to make Guelph a better place now and in the future. “It’s going to be a busy time, but a fun time,” he said.

Guthrie fell short of suggesting that it was going to be non-stop fun at council this term by warning that there are some serious challenges ahead. “Coming out of the height of the pandemic and lockdowns, we now know that the affordability crisis is upon us and that a recession is more than likely,” Guthrie said.

The mayor also talked indirectly about Bill 23 and warned council and residents that service downloading might be in the near future, which will force the City to re-evaluate where it can and must allocate resources. Guthrie also suggested that upper levels of government need to mind their own responsibilities saying, “It’s a lack of funding on existing issues that can cause our cities, and our very own citizens, to face extreme difficulties in urgent decisions.”

Specifically, Guthrie was referring to the mental health, addictions and homelessness crises. “When the proper funding isn’t provided, we are left with choices to either ignore the problem, which can make things worse, or to start funding sectors and initiatives that are supposed to be funded from upper levels of government, so they don’t get worse in our community,” he said.

Guthrie went on to say that the City must balance affordability with making sure that everyone in the community is supported, and that he won’t compromise well-being, infrastructure or investments in the long-term in order to “appease some with a few dollars of savings now.”

So what can council do? Guthrie said that they’re going to put together a four-year strategic plan that will set the pace and determine how quickly the City can work towards its goals. “Do we keep the pedal to the metal? Do we back off the pedal a little bit? Do we set the cruise control? We’ll need to pull together, and we’ll need to listen to each other and the community as we figure this out,” he said.

In terms of working together with the new council, the mayor was optimistic saying that everyone successfully elected to council ran on finding solutions to homelessness, affordability and safety, so these are community issues and not just his issues. Disagreement is inevitable, Guthrie said, but division is not. “Our ongoing goal is to choose to not give in to division. We all want the same thing: A city that will thrive for all Guelphites regardless of background beliefs, or orientation.”

You can see the text from Mayor Guthrie’s whole speech here.

The next meeting of city council is on Tuesday November 22 at 10 am to discuss the Province’s Bill 23.  You can see the Politico preview here