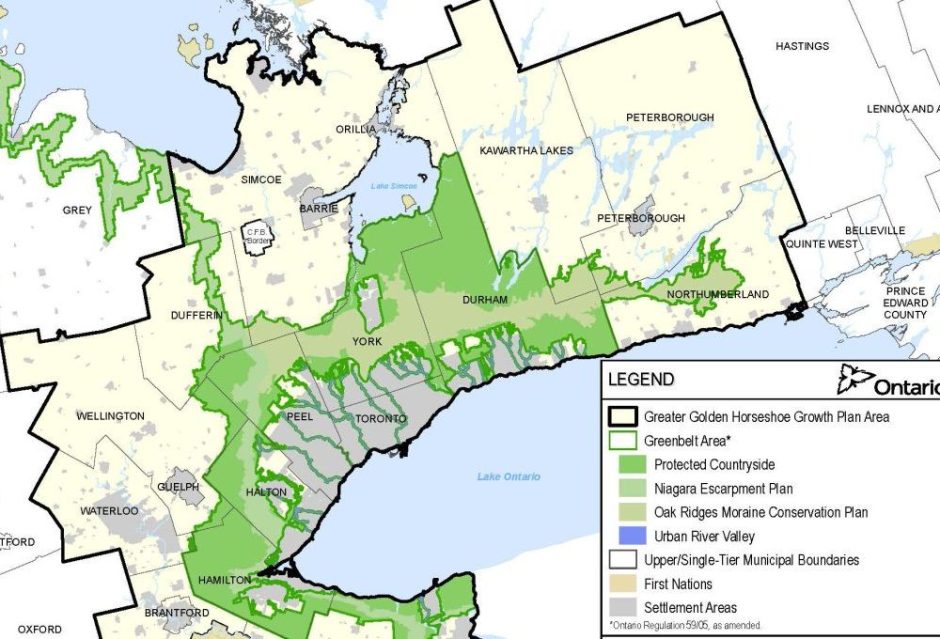 All eyes in Ontario on Friday were on the protests by education workers around the province, so what a good time to make a controversial move on a sensitive area of interest like the Greenbelt. On Friday afternoon, the Government of Ontario launched 30 days of consultation about removing 7,400 acres of land from the edge of the Greenbelt to make room more homes, which is okay, because this is technically a Greenbelt expansion.

According to a media release from the Government of Ontario, shaving 7,400 acres from about a dozen spots around the Greenbelt is to aid in the effort to build 1.5 million homes in the next 10 years. As you can see from the map below, the changes are concentrated in areas of the GTA like Markham, Ajax, and Vaughan as well as several locations in the Hamilton area. 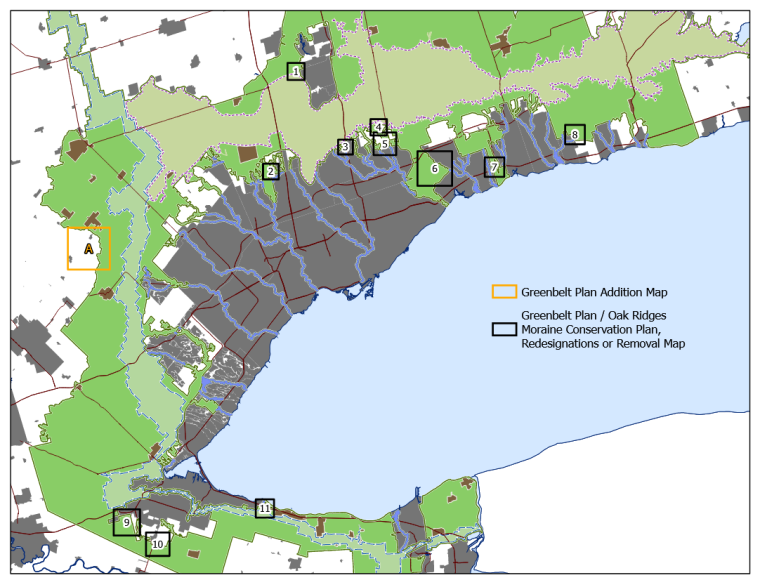 At the same time though, the government is proposing the addition of 9,400 new acres to the Greenbelt, which would be a net increase of 2,000 acres and it will be mostly concentrated in Wellington County east of Erin. 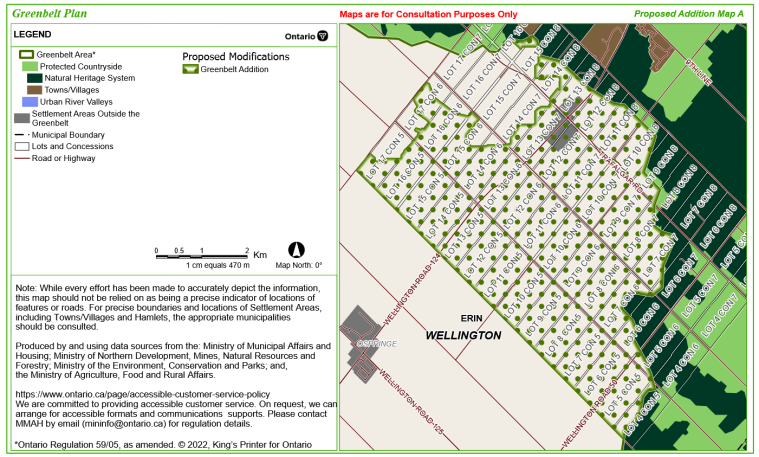 The government outlined a number of conditions: Any land taken away must be replaced with an equal or greater amount elsewhere, affected areas must be close to existing urban boundaries, and it must be near services or is already serviced by municipal infrastructure. Landowners will also have to get those new homes built in short order. The deadline to begin construction is 2025 and significant approvals and implementations need to take place by the end of 2023.

“Last week, our government introduced the More Homes Built Faster Act, 2022, which takes bold action to address Ontario’s housing supply crisis by building 1.5 million homes over the next 10 years,” said Minister of Municipal Affairs and Housing Steve Clark in a statement. “These proposals will support our municipal partners’ plans for responsible growth and help build at least 50,000 new homes, while leading to an overall expansion of the Greenbelt.”

Ontario’s Green Party leader and Guelph MPP Mike Schreiner said that this move by the government will put farmland and wetlands at risk and hasten the climate crisis. “Behind the scenes, this government has been chipping away at Greenbelt protections for some time by giving the go-ahead to destructive Greenbelt developments like Highway 413,” he said in a statement, “But now they are openly admitting that keeping the Greenbelt intact is not a priority.”

Schreiner calls that a broken promise.

“Doug Ford’s destructive sprawl agenda knows no bounds as he breaks his promise not to touch the Greenbelt,” Schreiner said. “Once these critical environmentally sensitive lands are gone, they are gone forever. We cannot allow this government to force the false choice between protecting the environment and building the housing we desperately need. It’s time to end expensive sprawl and to permanently protect our remaining farmland, watersheds, and green space for present and future generations.”

Members of the public have until December 5 to comment on the proposed changes.

In other planning news that came out Friday afternoon, the Ontario government. The Ministry of Municipal Affairs and Housing approved the Official Plans from a handful of Ontario municipalities including Hamilton, Halton Region, and Ottawa. The reason why those three municipalities are interesting is because they all voted to not expand their boundaries, which is a decision that the MMAH has now overridden.

“Today’s decisions are very concerning. Cities work well when they are planned to be complete communities. I will work closely with Council and city staff to chart the best path forward for Hamiltonians,” said Hamiton’s Mayor-elect Andrea Horwath in a social media statement. “Hamilton’s firm urban boundary plan includes affordable housing, yet the plan announced by the province today increases costs for municipalities and leaves us less able to build the housing we need.”

“As for building on the Green Belt, development and sustainability should go hand-in-hand. That’s how we build a healthy, prosperous and inclusive society,” Horwath added.

Guelph passed the new version of it’s Official Plan this past summer despite the fact that the MMAH had yet to issue advice or proposed changes on the draft.