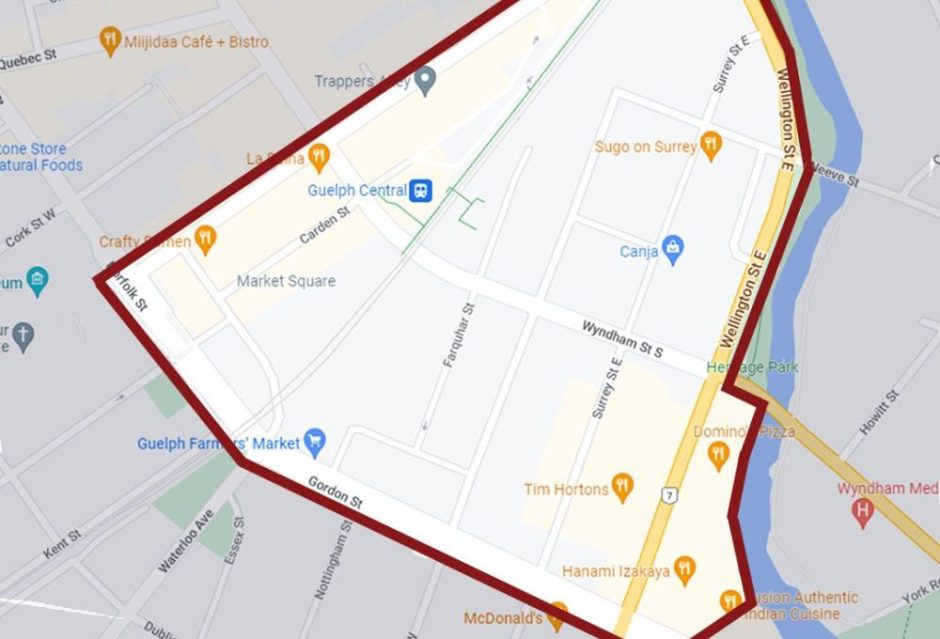 In a media release Wednesday morning, Guelph Police reported that human remains were found on Wednesday afternoon after they were led to an area near the intersection of Wellington and Wyndham. Police did end up finding remains of an adult male behind one of the nearby businesses.

This investigation seems to be the cause of a search being done by Guelph Fire and the Police Service along the banks of the Speed River downtown, which was chronicled in Guelph Today Wednesday morning.

According to Guelph Police, the investigation began with a tip on Monday that a murder had taken place in a downtown apartment sometime on Sunday. (The press release neither confirmed or denied any of the grisly details of the crime that were making the rounds on social media Wednesday night.)

A 43-year-old Guelph man has been charged with second-degree murder, and he was scheduled to appear in a Guelph bail court sometime on Thursday. Police said that the two men were known to each other, and that there’s no ongoing threat to public safety.

An additional media release from the Police came with an “urgent appeal” for witnesses or motorists with dash cameras who might have been in the area of Carden Street, Macdonell Street, Gordon Street, Wellington Street East or Wyndham Street South between 5 am and 6:30 am on Monday July 11. Basically, they want to talk to anyone that was in the area covered by the map below.

If you were in this area on Monday morning or if you have any other information about the incident that might be pertinent to the police investigation, you’re being asked to call Detective Constable Scott Biser at 519-824-1212, ext. 7131, or email him at sbiser [at] guelphpolice.ca.

This would be the second homicide in Guelph for 2022 after a 40-year-old Guelph man was charged with second-degree murder after a a 59-year-old man was found in medical distress at a housing complex in the east end back in February.