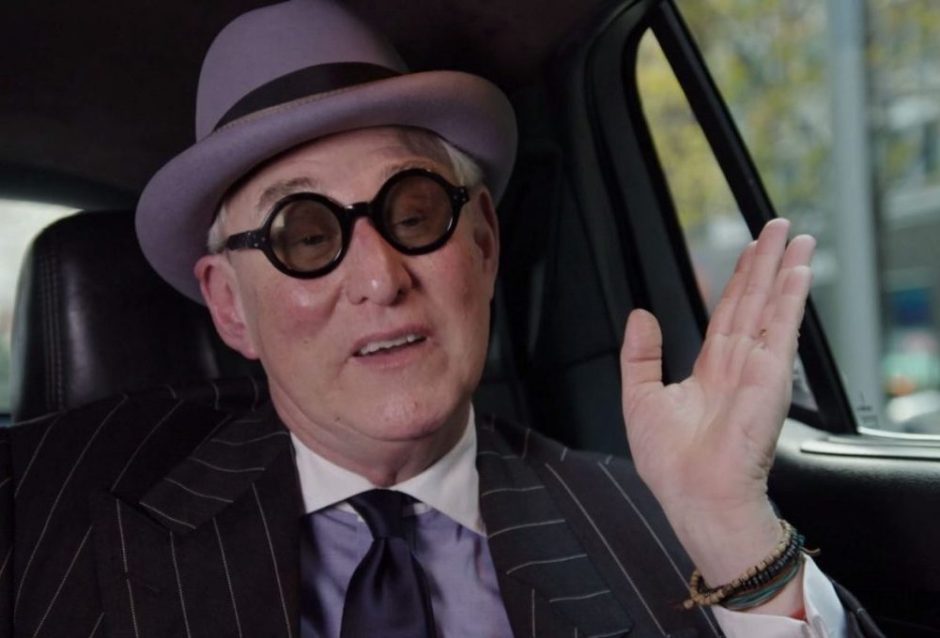 Yes, that Roger Stone. The Ontario Party today announced that they’ve hired the man who advised both Richard Nixon and Donald Trump as their “Senior Strategic Advisor.” Stone, who’s colourful history includes many brushes with the law, said he was inspired to join the Ontario Party by the recent Freedom Convoy and the fact that the Progressive Conservative Party under Doug Ford does not represent true conservative values.

#TeamOntario is in it to win it. We're taking Ontario back. pic.twitter.com/38ybJtkJfA

“I’m absolutely thrilled that Roger is joining the campaign,” said Ontario Party leader Derek Sloan in a media release. “We were fortunate enough to have him deliver the keynote address at our Candidate Convention a few weeks ago, and it really fired everybody up. I can’t wait to see the amazing effect that Roger’s genius will have on our campaign to take back Ontario.”

“What we see happening in your country, and what we see happening in this country [the United States] are really just a snapshot of what’s happening around the globe, which is an intention by a small, global elite to destroy any sense of personal liberty or freedom,” Stone said in a video from his speech posted on the Ontario Party’s social media.

“The liberal parties, the left parties, have been captured by a socialist minority, and they are now bereft of any moderates or anybody who is reasonable. The real tragedy in your country is the Conservative Party has our label, but does not have our principles. There’s nothing conservative about them.”

The conservative principles of the Ontario Party are outlined on their website and include the “inalienable right to life, liberty, and private property.” A glance at the Ontario Party’s social media though shows a party playing into the same kind of conservative red meat culture war talking points as Republicans though. Lately, the Ontario Party has promised to “protect your children from radical gender ideology,” while saying that Critical Race Theory “has no place in Ontario’s schools.”

On their media release, the party describes itself as “focused on accountability for the authoritarian, unconstitutional lockdowns and mandates imposed by the Ford government, a parents first approach to education, and the protection of inalienable civil liberties for every citizen.”

Stone meanwhile has been followed by controversy all his political life, at once described as a “seasoned practitioner of hard-edged politics” as well as a “mendacious windbag”. He’s been a advisor to Trump since the 1980s, and was arrested in the the course of the special counsel’s investigation into interference in the 2016 U.S. Presidential Election, including charges for witness tampering, obstructing an official proceeding, and five counts of making false statements. Trump commuted Stone’s sentence in 2020 and later pardoned him.

Stone is currently under the microscope for his relationship with extremist groups the Proud Boys and the Oath Keepers and how he allegedly enlisted their participation in the attempted January 6, 2021 insurrection to stop the official vote count anointing Joe Biden as the American President. Eight capitol police officers are pursuing a civil suit against Stone, and the U.S. Justice Department has also filed suit against Stone to recover $2 million in unpaid federal taxes.

Recruiting Stone is being phrased as a coup for Sloan and the Ontario Party who locked in a pitched battle with the New Blue Party to establish themselves as a far-right alternative to Ford and the Progressive Conservatives. While New Blue, lead by corporate lawyer Jim Karahalios and his wife Belinda, the sitting MPP for Cambridge, claim that they have candidates lined up in all 124 ridings, they have not yet announced the full slate. Ontario Party meanwhile, seems to have only 29 approved candidates and none of those candidates are running in Guelph, Wellington, or Waterloo Region.

Election Day in Ontario is June 2.