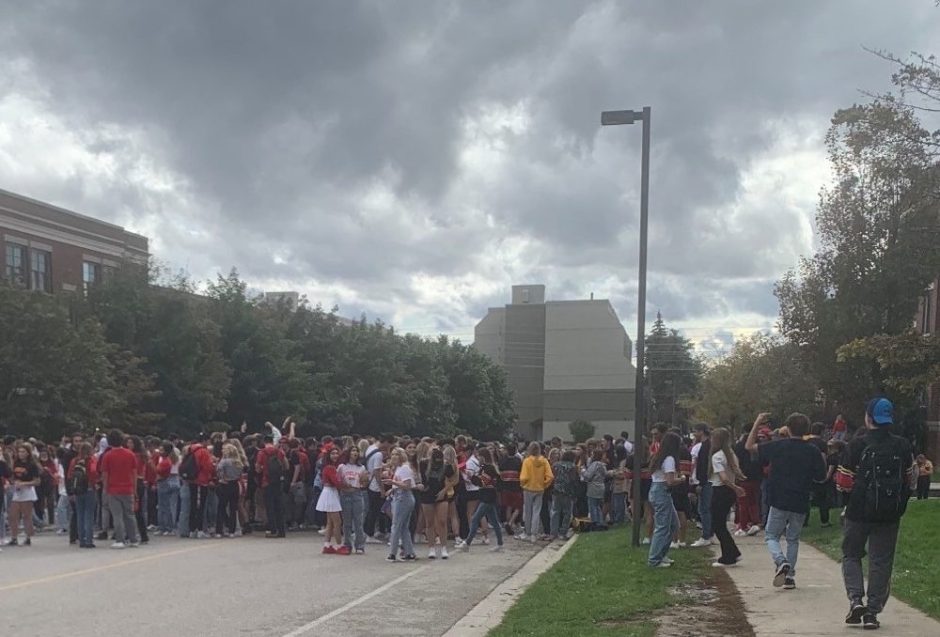 In the first meeting of Guelph Police Services Board since Homecoming, the Board decided that it would be the last Homecoming without the City of Guelph getting any compensation for the added security costs.  A motion from Mayor Cam Guthrie and Councillor Christine Billings, the two city council representatives on the board, sent a clear message to the administration of the University of Guelph: “Enough is Enough.”

After hearing a presentation from Inspector Scott Grover about the preparation and execution of Homecoming policing plans, Guthrie said that the “financial impacts to the service obviously flow down to the taxpayers of Guelph.”

“I believe this would be the first time a motion like this would ever come up, but in my view enough is enough. We have to do this, and I hope that I have the board’s support,” Guthrie said.

The mayor’s two-part motion directed the board to produce an invoice listing all police expenses for both Homecoming and the Safe Semester program, a combined total cost of over $65,000, and request reimbursement. It also directed the board to enter into a funding arrangement with the U of G to cover the costs of future Homecoming and Safe Semester programs starting next September.

This motion went further from a similar one passed by the Police Services Board in 2019 when $72,000 in policing costs for that year’s Homecoming prompted the board to pass a motion to direct themselves to hold discussions with the U of G to “present and discuss the cost” of Homecoming and St. Patrick’s Day festivities. At the time, the chair of the Police Board was concerned about being too provocative with the university. “We’re not really interested in the blame game, we’re really interested in what can we do to collaborate to offset the cost,” Don Drone told Guelph Politico after that meeting.

Provocation seems to no longer be a concern, and board member Robert Curran asked that the motion be amended to include the costs incurred by St. Patrick’s Day too. Guthrie offered to amend his motion to include Homecoming, and “other unsanctioned gatherings connected to the University of Guelph.”

As explained by Inspector Grover, the additional $36,000 in funding for this year’s Homecoming was tied to the 30 additional officers deployed, an additional police communicator and other civilian staff, and the reallocation of “regularly scheduled” resources that was mostly tied to an unsanctioned gathering on Chancellors Way.

Between 2,000 and 2,500 people took part in the street party on Chancellors Way, but as noted in the report, cloudy weather during much of the daytime kept most people indoors until about 6 pm; as a result, there were more people on the street at 3 am then there was at 3 pm.

Seven people were taken in the hospital for a variety of maladies during the course of the unsanctioned gathering, including a case of severe intoxication and a beer bottle strike to the head of someone else. One person, a 19-year-old man from Mississauga, was arrested for shooting fireworks at the crowd, but this person was notably not a University of Guelph student.

“We have to begin the post-event analysis and we plan on assessing what best practices and strategies we can implement for next year,” Grover said. “Our organization is also committed to an intelligence-led response to these events and we’ll continue too do what we can to monitor social media so we are able to effectively and adequately deploy our limited resources.”

Grover also said that Guelph Police co-ordinated with the Campus Safety Office (formally known as Campus Police) to monitor the migration of students from campus events to other gatherings in the community. “It was through that partnership that we were receiving intelligence so if there were more students leaving campus and heading in the direction of Chancellors Way we could stand up our resources to anticipate more people coming,” Grover said.

Despite the costs, Grover did note that compared to other university towns around Ontario, Guelph came out rather well from our Homecoming festivities.

“As we look around the province, and witness what happened at other unsanctioned gatherings, I’d like to say that the successful management of our own unsanctioned gathering on September 25 was due to the discipline and professionalism of the [police] members that supported the event,” Grover said.