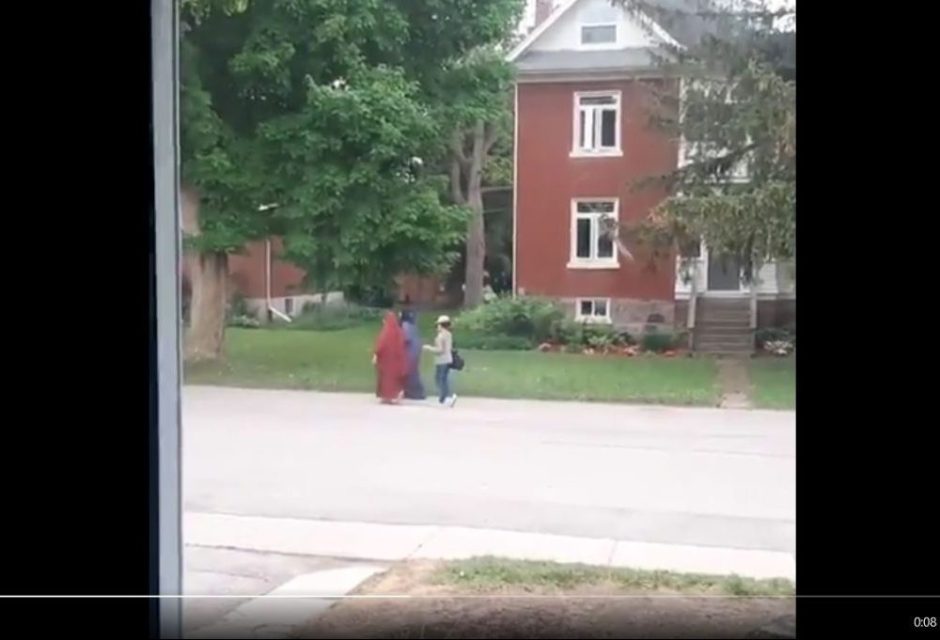 The cold-blooded attack on a Muslim family in London, Ontario has released an outpouring of love and support for Muslim friends and neighbours across the province, but it has also released a new wave of hate that’s not dissimilar to what caused the Afzaal and Salman family to be targeted in the first plan. The latest example comes from the nearby town of Harriston, and has prompted a swift denouncement from local leaders.

Around the noon-hour on Friday, Wellington County Warden Kelly Linton and Minto Mayor George Bridge released a joint statement that a TikTok video with “disturbing references” of the London attack had been sourced to the Harriston area in the Township of Minto.

“The anti-Muslim sentiment expressed in this disgusting video is abhorrent to the residents of Wellington County and the Town of Minto, and all efforts must be used to denounce hatred in all its forms,” the mayors said in their statement. “Islamaphobia and all forms of racism have no place in our community, and we must ensure that messages of hate and fear fall on deaf ears.”

The video in question is 17 seconds long and is shot through a window as the person making the video observes three Muslim women walking down the road on the opposite site of the street. “Holy shit boys! Where is Nathaniel Veltman when you need him?” he said referring to the 20-year-old suspect accused of killing four members of the Afzaal and Salman family, and leaving the youngest member, a 9-year-old boy, injured in hospital.

As the video continues, a white-pick-up truck drives up the street and past the family. “Oh, there’s a truck, buddy, you missed them, back up!” the man on the video says.

You can see the video yourself below.

"Holy shit boys! Where is Nathaniel Veltman when you need him? Oh, there's a truck, buddy, you missed them, back up!”

A racist posted this on youtube as an anymous person

He thinks he can’t be found. Let’s show him he can. Someone knows where/who this is!

According to the media release from the County, the people in the video are known to participate in services offered by the County. Wellington OPP are apparently now investigating the video.

This is not the first time hate speech has been spread on TikTok locally. Last year, following the murder of George Floyd and renewed calls for equity and social justice, a University of Guelph student posted videos that were called out for content consisting of Anti-Black racism. The U of G was able to identify the student that posted the videos, and the account was deleted.

The Canadian Anti-Hate Network has also identified a Georgetown man who’s posting hate based around the London attack. A man named Craig Harrison posted on his YouTube page “Halton Hills Heroes” that the attack was sad, but “I’m surprised it hasn’t happened sooner.”

“Canadians are rightfully getting upset about being out-populated in their own country by people from different cultures who don’t respect western values,” Harrison added.

Harrison is well known in certain circles for a 1996 attack on a Georgetown shopkeeper that was racially motivated, and he was later taken to the Canadian Human Rights Tribunal in 2006 for allegedly posting hate online against visible minorities, Francophones and the Trudeau family. Although Harrison posted anonymously on freedomsite.org, he was identified after one his posts took credit for the ’96 assault saying, “I’m the guy who got 2 for thumpin that n****r on main street.”

Harrison was eventually fined $1,000 by the Tribunal.

In a statement released Friday, Guelph MPP Mike Schreiner called on all political parties to put aside partisanship and work together to fight hate and Islamophobia by creating a comprehensive national anti-Islamophobia strategy including funding for education, updated hate crime laws, and a task force to create methods to crack down on hate and extremism.

“An all-party solution to combat Islamophobia in our province is what we need. No more pointing fingers. This issue is bigger than politics. It’s bigger than each of us,” Schreiner said. “Ontarians, especially the Muslim community, are devastated from this week’s tragedy and the only way we can take tangible action is if we put politics aside and make real progress on tackling hate and Islamophobia here and now.”