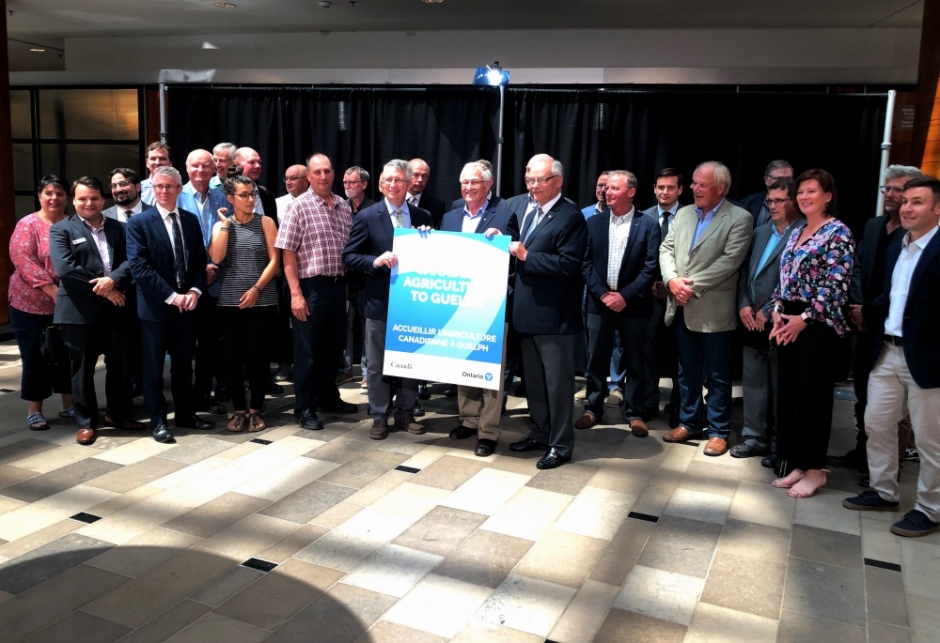 A splashy announcement in the well-lit atrium of the Ontario Ministry of Agriculture, Food and Rural Affairs (OMAFRA) on Wednesday brought federal and provincial partners together to announce that Guelph will be the locale for the 2020 annual gathering of federal, provincial and territorial agriculture ministers.

“As a world class hub of agri-food innovation and a winner of the Smart Cities Challenge for their Circular Food Economy proposal, Guelph is a perfect venue for the annual conference of Federal-Provincial-Territorial (FPT) ministers of agriculture,” said Marie-Claude Bibeau, federal Minister of Agriculture and Agri-Food in a statement.

“The meeting provides a forum for ministers to discuss opportunities for sector development and growth. We look forward to working together to explore agri-food leadership and innovation in Guelph in 2020.”

The conference takes place every July, and the 2020 edition will focus on “Strong Agrifood: Strong Economy,” which will “highlight leading issues to help grow the Canadian agriculture and agri-food sector as well as highlight Ontario’s and Guelph’s leading role as a worldwide hub for research and economic development in the sector.”

Hardeman said that these meetings are an opportunity for provincial and territorial ministers to talk about their issues with the federal minister, and co-ordinate their efforts on matters that affect the agriculture sector across the country.

“One perfect example of that is the labour issue, that was the number one ask for everyone we met today at the round table,” Hardeman said. According to the minister, there are three or four agri-food sector jobs for every graduate coming out of the University of Guelph. Agri-food also counts for $39.5 billion to the province’s economy and supports more than 822,000 jobs in Ontario.

“Obviously, the Federal government has the major responsibility for bringing people in if we don’t have the people, and the province is responsible for training the people we have, so it’s something we have to work on together,” he added.

Labour will be a topic of conversation at this year’s Agriculture Ministers Conference, which takes place in Quebec City next week from July 17 to 19, but it’s an ongoing concern. Hardeman points to the Canadian Agricultural Partnership as one of the accomplishments to come out of the annual conference of the ministers.

“That’s the biggest thing in agriculture today, and if you ask any one of our producers, it’s the leading edge of our support programs and it came out of these meetings,” Hardeman said. “It’s an ongoing process that we work together through.” 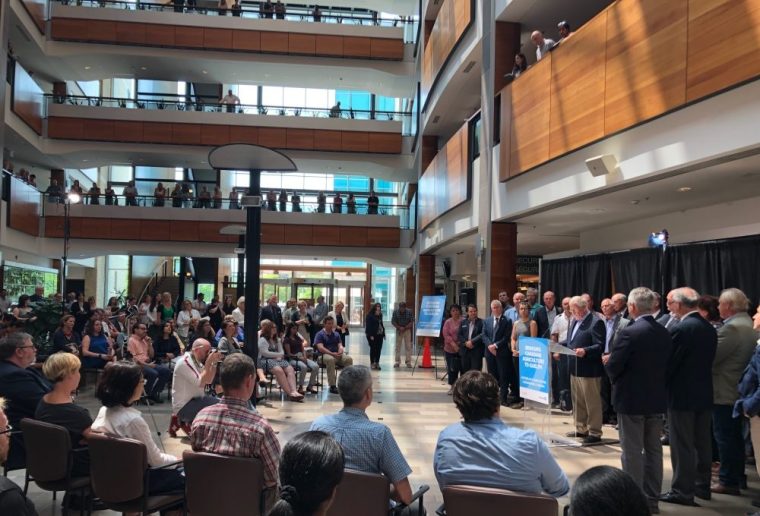 Longfield, who’s on the Standing Committee on Agriculture and Agri-Food in the House of Commons, welcomed the announcement that the Agriculture Ministers Conference is coming to where “food happens” in Ontario.

Guelph’s victory in the Smart Cities Challenge to create Canada’s first circular food economy was another strong message, but that project is about addressing food policy, where as the agriculture policy end has some other unique challenges with efficiency.

“Some opportunity we have on the farm has to do with taking the stalks that are left, and making bio-fuels from them, and taking whatever bio-mass is left on the fields and finding opportunities to create energy, oil, or plastics from the cellulose.” Longfield noted.

On labour, Longfield said that there will be announcement on Friday from the Federal government about getting more hands on the farm. “I’ve been working with some of the farms, and we know we need more people available to work through peak seasons,” Longfield said.

“Some of this is very labour intensive, it can’t be automated, especially around organics, so we have to recognize that not every farm, in every area of the country, is the same, and that they need access to talent when they need it,” he added.

One thought on “Are You Ready for Some Ag Policy?! The 2020 Agricultural Conference is Coming to Guelph”