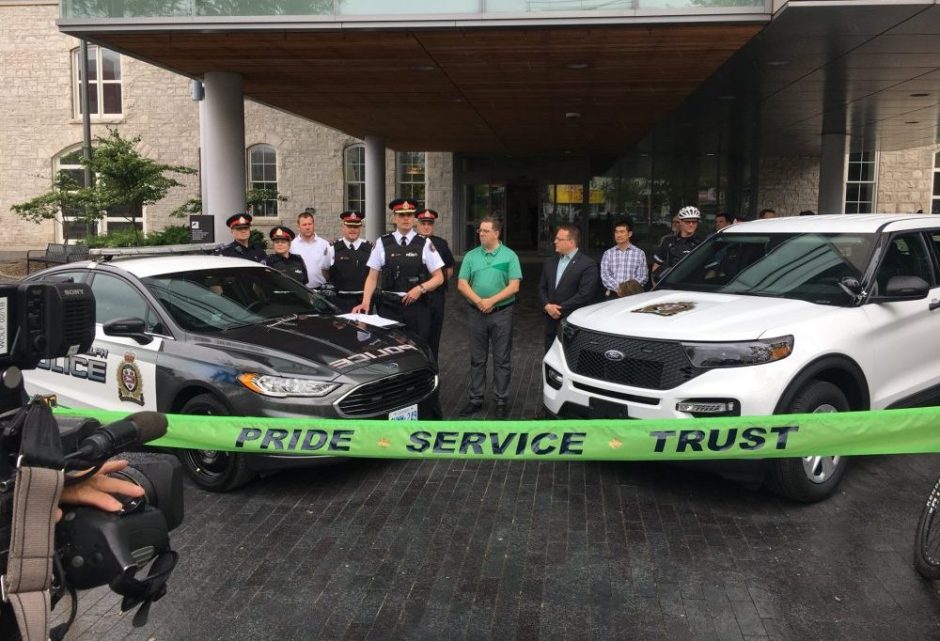 At an announcement at Guelph City Hall Thursday afternoon, the Guelph Police Service announced their intention to move to an all hybrid fleet over the next couple of years. From this fall going forward, all new police vehicles will be hybrid models as our city’s law enforcement is staking their claim to go green.

“We are making this commitment because it is the right thing to do,” said Guelph Police Chief Gord Cobey in a press release. “We have a responsibility to be stewards of our environmental resources in the same way we seek to ensure the appropriate allocation of the financial resources entrusted to us.”

The move makes sense, according to the service since the transition to hybrids is expected to reduce fuel consumption, reduce CO2 emissions, and extended the service life of police vehicles.

The Police Service said that the process will take three-to-four years to completely make the conversion to a hybrid fleet, and it’s not expected to increase the budget of the service as they regularly replace older, retiring vehicles. The first hybrids are expected to join the Guelph Police fleet this September.