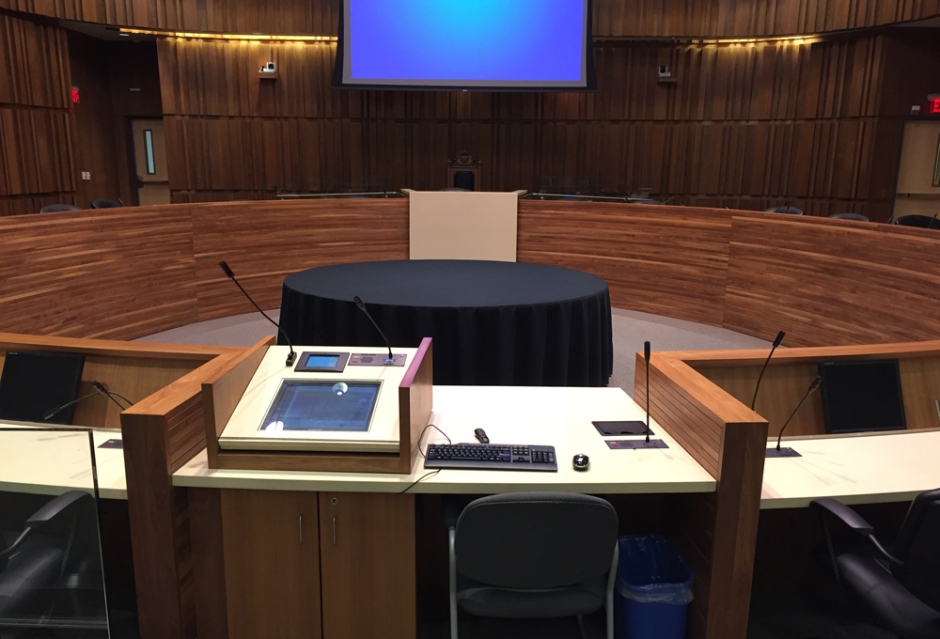 Although the term has just begun, the year at council comes to end with some big discussions about cannabis, governance, and the Speedvale Trail Underpass. You can click here for the amended agenda from City Hall, and you can click here for the Politico preview. For the complete blow-by-blow of tonight’s council meeting, you can follow me on Twitter, or follow the tweets below.

*CORRECTION: It was Dan Gibson, not Cathy Downer, who voted against the opt-in for retail cannabis. Bob Bell and Christine Billings also voted against.

PS-2018-37 Speedvale Underpass Trail (Continued) – Councillor Goller asked if it would be permissible to have a 40 km/hour zone through this section of Speedvale, staff said they’d have to look at that.

Councillor Downer asked if a full structural analysis would be done on the retaining wall, and staff said that would be part of the environmental assessment. Downer also noted that $700,000 for the interim solution is a lot of money for a temporary fix, but staff confirmed that if the comprehensive zoning bylaw review is complete beforehand, the it might make enacting the interim solution moot.

Councillor Bell expressed his doubt about the timeline. DCAO Clack said that it’s the approaches on the north side of the bridge that the zoning bylaw review needs completion for; the underpass of the bridge will be constructed as part of the bridge reconstruction. Bell was unconvinced with all the “ifs” in the scenario. DCAO Stewart said that if the solution was as easy as going to the Committee of Adjustment, then staff would have brought that forward, and that recommendation #5 brought forward by Councillors Gordon and Goller was the right way to do it.

Goller then proposed another motion. While the the trail would run under Speedvale Ave, Goller said that he heard from the community that there were other connectivity concerns. So to improve access, safety and connectivity, he moved that staff proceed with the underpass connection with the “curlicue” ramps, or another suitable solution, to connect sidewalks on Speedvale, and for them to be be built concurrent with bridge construction.

Clack said the issue could be referred to staff for feedback since they didn’t have anything prepared. She also said that this was not included in the capital budget forecast, which will be revealed in a few weeks. Bell asked if this would require an official plan amendment, but staff were unsure.

Mayor Guthrie proposed a friendly amendment to change the world “build” to “assess”, and Goller was willing to proceed with that amendment.

Guthrie asked Clack if this can fit in with Public Services work plans, and Clack said it would take months to come back with detailed planning and budget info. Staff noted that there was also some cross-departmental co-ordination needed. But Stewart then said it may not fit with the timeline as reflected in recommendation #4, and that this adds another wrinkle. Stewart said he didn’t think it was doable, and maybe even added time to the project.

Guthrie called the vote on the amendment to change “build” to “assess” and it passed 10 to 2 with Guthrie and Hofland voting against.

The full motion failed with only Allt, Bell and Goller supporting.

CS-2018-66 2018 Governance Review – Guthrie noted that this was administrative in nature, and that there would be a “more wholesome” discussion about potential changes to the procedural bylaw in the coming months. Considering the hour, Hofland offered to refer this to the first Governance meeting of Committee of the Whole, in order to do due diligence properly. Councillor Allt seconded the referral.

City Clerk O’Brien said that there are implications in not passing recommendation #5, which says that the head of each subcommittee must sit in the seat of the chair (where the mayor typically sits) as committee business is being discussed.

Allt said that he supports the motion because it is important, and doesn’t want it to just be “dealt with” without the consultation and presentation of the staff. It would be “cavalier,” Allt said. Guthrie repeated that there is an in-depth engagement process coming up in the first quarter, but Allt said anything regarding governance should be handled with care.

Clerk O’Brien said that his presentation was only going to be a verbal one.

The referral failed with only Allt, Gordon and Hofland voting in favour.

The original recommendation passed 11-1 with only Allt voting against.