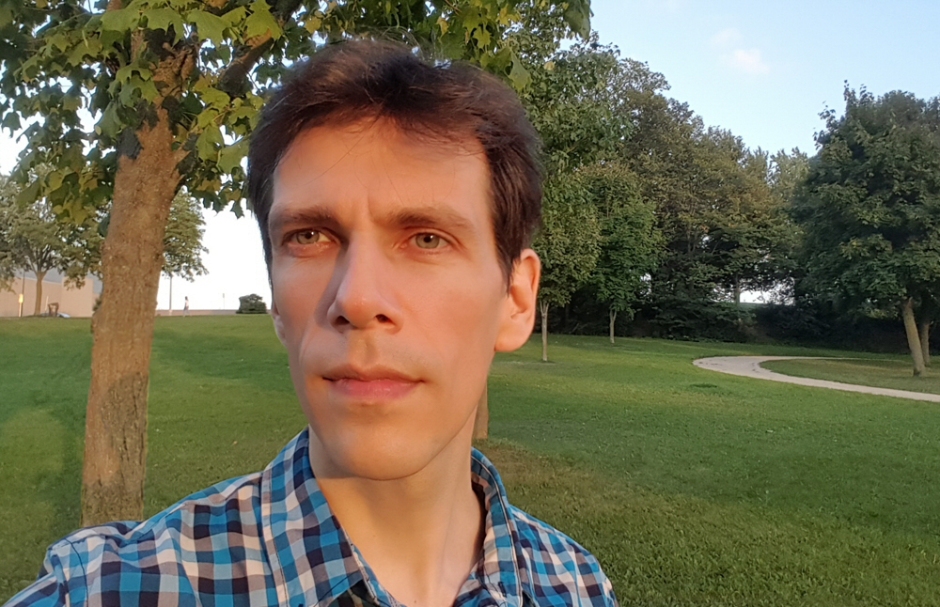 After running in 2014, Alex Green finds himself in the unique position of being the only challenger in Ward 5.

The city needs new leadership with new ideas. Crime is way up, housing affordability is way down, and the roads are crumbling. These were all foreseeable issues that the current council either ignored, or tried to prevent and failed. In either case, electing all the same people again isn’t likely to yield better results. We can either move forward with new councillors, or watch as Guelph continues to fall in the safety and livability rankings. I choose to move forward.

2) What, in your opinion, was the most consequential decision on council last term?

Without a doubt, it was the decision to merge Guelph Hydro with Alectra. It involves huge amounts of money, and basically cannot be undone. Once Guelph Hydro is gone, it’s gone.

While it may -eventually- turn out to be a good deal, it didn’t need to happen. If the district energy debacle hadn’t cost the city $15 million, I don’t know that the prospect of a merger would have even come up.

3) What is *your* issue? What is the one thing you want to accomplish during your term at council?

Getting the roads fixed. There are potholes out there that have been in serious need of repair for nearly a decade. It’s not exciting, it’s not sexy, but it’s something that would quickly and easily improve people’s lives while simultaneously helping the city make a better impression on both tourists and potential new businesses. The state of Gordon Street can’t possibly be encouraging anyone to move or set up shop here.

4) What is your understanding of affordable housing versus social housing? How can Guelph develop both?

As I understand it, affordable housing is housing that costs less than 30% of a family’s gross income, while social housing is housing where the rent is specifically geared to a family’s income. On the affordable housing front, we can encourage developers to include a certain percentage of lower-cost units in every development, or even make it a requirement for all new construction. As for social housing, the city should either construct or acquire a handful of housing units every year, and add them to the social housing inventory. While social housing technically falls under the County’s purview, I think we need to do more to ensure those who have the greatest need all have a decent place to live.

5) Guelph is required by provincial mandate to accept thousands of new residents by the middle of this century. How is the City presently managing growth? What should we be doing differently?

Our present growth management strategy is reasonable, but eventually we’re going to run out of room. We need to find a way to integrate larger and denser housing developments into the city without having an overly negative effect on pre-existing neighbourhoods. Otherwise we’re just going to have more and more people crammed into houses that weren’t designed to hold that many.

We also need to speed up the development and construction of amenities. Twenty years to build a recreation centre or a library is just appalling. Civilizations rise and fall in the time it takes this city to decide to build a parking structure.

6) Transit. First, what is your experience using transit? Second, do you think council and staff presently understand issues with transit? And third, what is one specific thing you would suggest to improve Guelph Transit service?

I haven’t used Guelph Transit in years. To be frank, it doesn’t go where I need to go when I need to go there, and based on conversations I’ve had with other Guelphites, that’s true of a lot of people.

While I’m sure the council and staff are aware of Guelph’s transit issues (if not, a quick look at the GT Facebook page would clue them in), I’m not sure they’ll ever do anything to address those issues. While there’s a comprehensive review underway, at the rate things are currently done in this city, it’ll be time for another one before the council gets around to implementing any of its recommendations.

The simplest and most obvious thing I can think of to improve service is to make a few key routes run later, at least on the weekends. I can’t count the number of times someone I know has had to leave an event early because they needed to catch the last bus. The cost would be fairly minimal and the increased revenue to local businesses and decrease in impaired driving would probably be well worth it.

More important and considerably more difficult is ensuring that we get people to work and school on time, and then home again in a timely manner. Increasing reliability and regaining the people’s trust is the only way to boost ridership.

7) What needs to be done to improve Regional Transit? (This includes intercity buses, two-way all-day GO trains, and high-speed rail?

It’s a little ridiculous that there’s no direct transit route between Guelph and Hamilton, and with recent population growth, I think there’s enough demand that we ought to be able to convince the province to add a route originating in Kitchener.

Assuming Ontario’s new government maintains the commitment to two-way all-day train service, the city needs to be ready for everything that comes with it. That means potentially building a new parking lot for the station, giving serious consideration to fully adopting the Presto fare card, and preparing for the changes to traffic patterns that come with the increased inflow and outflow of people. The goal is to have it up and running by 2024, so we have plenty of lead time, and there’s no reason we can’t have everything ready to go by then.

8) If there’s one power that’s currently the jurisdiction of the province or the federal governments, but should be transferred to municipalities, what would it be and why?

A few months ago, I would’ve answered this differently, but today it’s pretty clear that municipalities should have control of their own governance structures. That is to say that the province should not be able to alter the number of councillors, amalgamate municipalities, or cancel elections without the explicit approval of the people who live in those municipalities.

9) How do you define a taxpayer? What is the responsibility of a councillor when it comes to budgeting?

A taxpayer is anyone who pays some form of tax in a given year, but it’s too narrow a term as it doesn’t cover those who pay taxes indirectly (e.g. renters), or people who pay for various city services that aren’t wholly funded by taxes (e.g. transit). The job of the council is to ensure that funds are being spent in ways that will improve the lives of everyone in the city without placing an undue financial burden on the populace. Beyond that, the most important thing for a councillor to do -and something I think they’re not doing particularly well- is to explain how and why money is being spent. The public needs to be informed where their money is going, and I intend to do that to a far greater extent than is done currently.

10) Hypothetical: The City’s in a budget crunch, and a substantial tax increase is cost prohibitive for the average Guelphite, so a cut *has* to be made. What City of Guelph service do you look at and why?

All of them. If there absolutely needs to be some kind of significant cut, then the first step should always be to see if there are any obvious efficiencies or savings to be found. After that, if cuts still need to be made, then an across the board cut is the simplest choice. A minimal effect on all services is less disruptive than a massive cut to one particular service, and is ultimately easier to undo. Which is part of the equation that often gets overlooked: A plan to return services to their previous level should almost always accompany a cut.

11) Describe a time you had to make a tough decision, and the thought process you went through in order to reach that decision? (Doesn’t have to be political)

The decision to run for council again was a tough one. A political campaign is a burden on your friends and family whether they’re involved or not. However, the good I can do on the council will easily outweigh the small amount of harm caused by how busy I’ll be.

12) Is there a municipal issue that you don’t think gets enough attention? What is it and why should it get more attention?

Infrastructure doesn’t get nearly enough attention. Roads, sidewalks, bridges, sewers, water mains, etc. are the bones that keep the city from collapsing. But they’re dull, so nobody gives much thought to them. Then we go years without funding proper maintenance and upgrades, and wind up with a special levy to help pay for the backlog. We need to ensure that our infrastructure needs are properly funded for the foreseeable future, otherwise we’ll just wind up with another big tax increase 15-20 years from now.

13) Where can people learn more about you, or your campaign, and how can they get in touch with you?

Or just say hello if you see me on the street